Home Film According to David Crosby, the New Doc About His Life Is “Not... 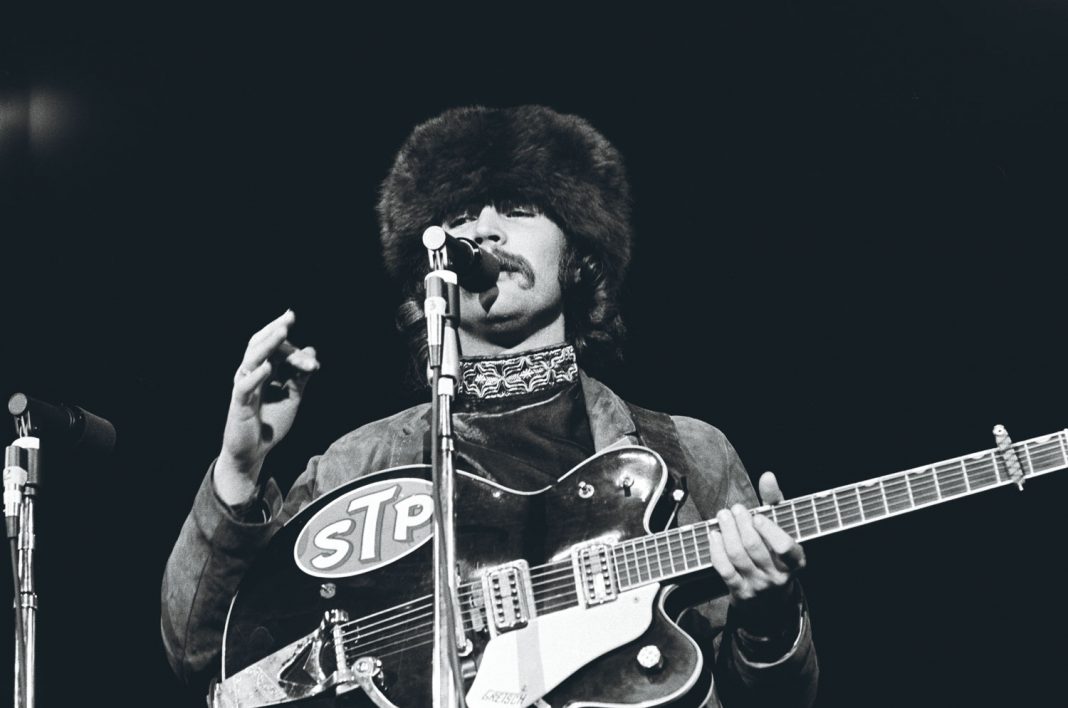 An unsparing documentary takes the measure of David Crosby, his battles with drugs and bandmates, and his legacy as a founding member of L.A.’s storied ’60s rock scene

It’s said that if you can remember the ’60s and ’70s, you weren’t really there. But singer-songwriter-hedonist extraordinaire David Crosby, formerly of the Byrds, Crosby Stills Nash & Young, and the Texas penal system, lucidly recounts those salad days in all their sodden glory in the documentary David Crosby: Remember My Name, opening July 19 and nominated for a jury award at this year’s Sundance festival. The 77-year-old, who has released four solo albums in the last five years and is on tour this summer, is in the midst of an unlikely late-career renaissance. “It’s really gritty,” Crosby says of the Cameron Crowe-produced film. “Two or three times I said, ‘That can’t be in there,’ and they put it right back in.”

In the documentary you tell the story of your life like you’re already gone. Why?

I’m close, honey. I may have ten years; I might have two months. I’ve been diabetic for 30 years. I had a liver transplant. I have eight heart stents. I had hep C. They cured it with 40 pills for $40,000. It worked—for that money it better have. The only thing I can do now is use the talent I was given.

The film is like a very public therapy session. How do you feel when you watch it?

I like it a lot. A.J. Eaton, the director, said, “You’re having a resurgence at the end of your life, Croz. We should make a film on it.” Then he was talking to [executive] Jill Mazursky at Bad Robot films, and Cameron Crowe happened to walk by. Cameron hears “documentary” and “David Crosby” and says, “I’m producing.” Cameron’s known me since he was 15. He loves me, so he was merciless.

Roger McGuinn says he fired you from the Byrds because “David became insufferable,” and all your other major musical relationships—with Stephen Stills, Graham Nash, Neil Young—ended in acrimony.

I know I’m a mixed bag. I’ve made a lot of mistakes. But the film had to go hard, or we would not be proud of it. But it’s real—it’s not bullshit. Most documentaries these days are as deep as birdbaths—self-serving shine jobs. I want to know what makes a human being do the things they do.

In the 1960s were you aware you were creating a countercultural style with the long hair, leather cape, that flat black hat?

My friend John Brown made me that cape. It came from Leatherworks in Chicago’s Piper’s Alley. I found that hat in a gay store on Sunset. It was a Borsalino with a round top. I mushed it down. It wasn’t style. We wanted to be the Beatles and had no idea how. We just wanted to catch the attention of girls. The Byrds, CSNY—we might have looked good, but we didn’t give a shit about fashion. We weren’t going for iconic. Bands now try way too hard. Unfortunately today’s pop culture values celebrity more than talent. A guy like Kanye West—he can’t write, sing, or play. Plus I think he’s losing his mind.

Your documentary is timed well for the 50th anniversary of the Woodstock festival this August.

The further away Woodstock gets, the bigger it gets. Coachella is really stupid. Shows that big, with $10 water, are about money. The art’s crap. Me, I like thousand-seaters. Those are the places I play now.

Quentin Tarantino’s new movie, Once Upon a Time in Hollywood, is set in 1969, too.

Not a fan. He’s violent and shallow—goes for the cheap end every time. The last films I loved were Three Billboards Outside Ebbing, Missouri and The Judge. I love Robert Downey Jr. He was a pipe junkie, same as me, headed for prison. Then he got sober.

Your voice is still great. How in the hell is that?

I really don’t know. It doesn’t make any sense. People at my shows say I’m singing as well as I ever have—or better.

But you still smoke…

Sure but not cigarettes. Cigarettes fuck up your voice. That’s what happened to Stills. Um, moving swiftly along…

In your first interview with Crowe you said, “The only thing that counts in the end is if you’ve got any fucking friends.” Do you think you’ll hear from McGuinn, Stills, Nash, or Young after they see the documentary?

No. They’re all mad at me. That’s their right. Unless people actually want to be friends with you, it’s pretty hard. We loved each other when we started. They’ve all been pretty vocal that everything’s my fault. The important part is that I’m making good music again. Lookin’ over my shoulder—not so much.

RELATED: Joni Mitchell Is Turning 75 but Her Influence on Music is Timeless