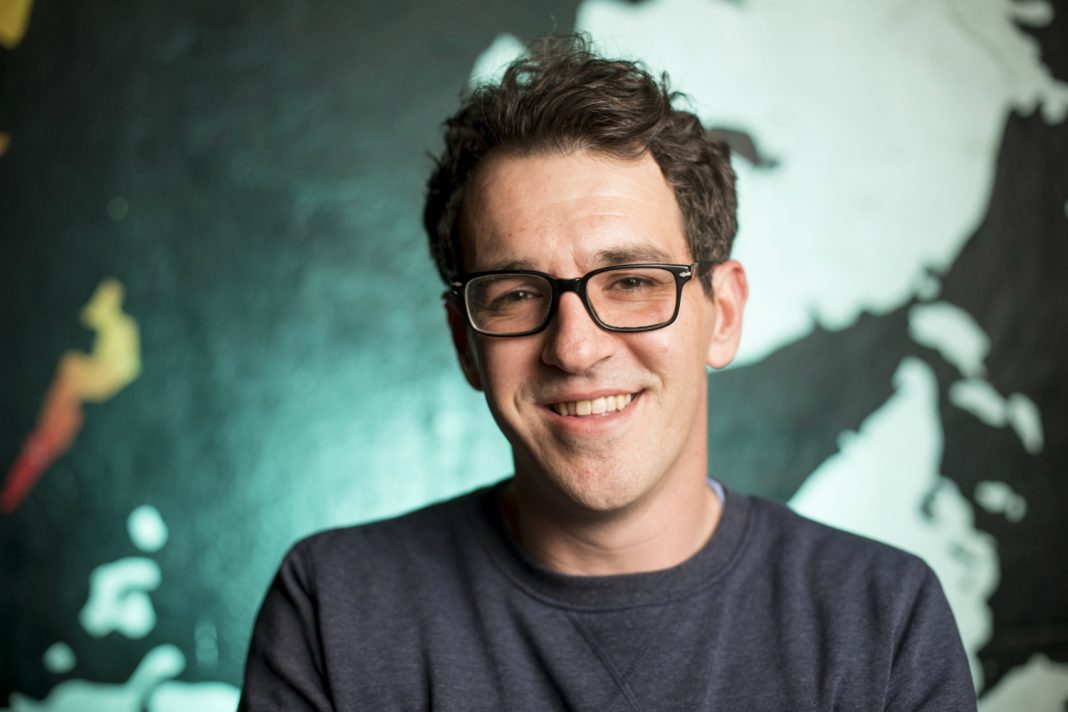 In 2006, Dave Ross was fresh out of L.A. theater school and working as a radio DJ in Fresno, where he pulled dumb audio pranks and heard many, many Korn records (“Korn is huge there still,” he says). At some point, a couple of his fellow DJs started doing stand-up, so, on a lark, he decided to join them. Things went south almost immediately: “It was terrifying. I had terrible stage fright; I cried after one of my sets. I would shake for days.”

After dealing with “an undiagnosed anxiety disorder” for years, the shock was too great for Ross. He soon quit radio, left the Fresnan desert, and fled back to Los Angeles to work as a “drunk web designer” for three rough years. In that time, he avoided the stage like the plague, even when his friend, the comedian and editor Julie Cohen, begged him to come to open mics with her. “We hung out all the time, and she knew that I secretly wanted to do it,” he says with a laugh, “But I would always say, ‘No, I’m busy.’”

“I had terrible stage fright; I cried after one of my sets. I would shake for days.

It wasn’t until 2009 that Cohen, who by then was co-hosting her own open mic at the Palms in West Hollywood, managed to drag Ross back onstage. “She basically called me a coward until I agreed to [co-host] it with her.” Introducing comics was hard, but not as hard as straight stand-up; and as Ross improved at being funny, his mental illness issues started to abate, at least temporarily. Co-hosting eventually led to his getting booked as a solo comic, which led to further open mics, which led to touring. “I worked that stage fright down until I felt excited and I was no longer shaking,” he recalls.

Now, 13 years after that traumatic Fresno rollercoaster, Ross is preparing to record his first-ever solo stand-up album at the Echo on February 12. While he’s spent the last decade as a working comedian and as the co-host (with Corporate’s Matt Ingebretson) of the Good Heroin stand-up showcase in Echo Park, performance anxiety still remains a driving factor in his work. “Overcoming fear—books have been written about overcoming fear for thousands of years. So I really wanted to beat it.”

For Ross, the album promises to be the culmination of years of working to destigmatize mental illness, both onstage and with the podcast, Suicide Buddies, which he cohosts with Hampton Yount. He augurs that “about half” of the material audiences at The Echo will hear deals with his personal mental health, his “journey through wondering” about his sexuality, and issues “with my family”. The other half, by contrast, is “newer stuff that is loud and dumb and angry and ridiculous.” He mentions “fart jokes and shit” as examples.

“I am super-critical of myself—I often think my shit sucks, and I’m definitely a perfectionist,” the comic says. But ten years on the road is enough to instill even the most performance-anxious stand-up with confidence, and Ross now says—quite convincingly, actually – that “I finally feel like I have an hour that’s great.” Where his comedy will go after the Echo is anyone’s guess, but Ross’s fans can expect him to continue his quest of self-exploration: “I’ll always write about mental health and what fucks me up about the world.”