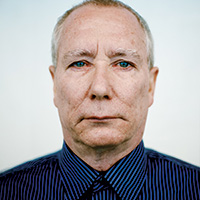 Prolific post-Pop artist Mike Kelley worked in nearly every medium, but he was most acclaimed for the cheerfully subversive assemblages that helped establish L.A. as a contemporary art power in the 1970s. Kelley committed suicide in 2012 at age 57, nearly three decades after his first MOCA exhibition. More than 200 of his pieces—sculptures, tapestries, video projections—fill the museum’s Geffen Contemporary for the retrospective Mike Kelley, which runs March 31 through July 28. Expect plenty of stuffed animals, including his image of the orange toy used on the cover of Sonic Youth’s album Dirty. These well-worn playthings are a hallmark of the artist’s work—perhaps because he felt right at home in their company.