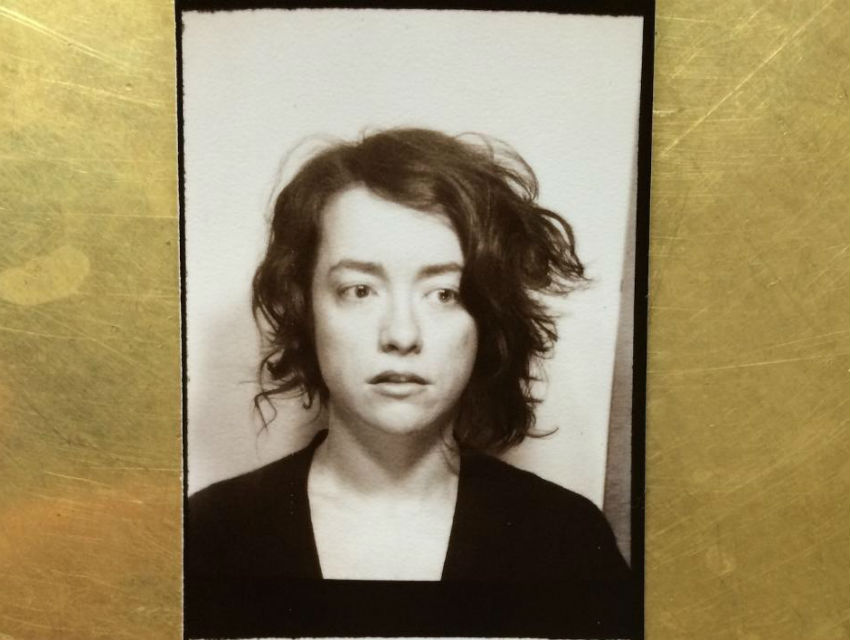 Amelia Gray is often categorized as a writer of “dark” fiction, which, like the Los Angeles-as-the-new-New-York comparison before it, tells you little about what it means to be in her world. Gray’s work imagines peculiarly perfect prisms to reveal her exquisite emotional know-how. “Date Night,” one story from Gutshot, her recently released collection, has a dining couple and other patrons joyfully remove skin and organs to reveal their underlying forms to ask: what’s better than showing oneself piece by piece? One recent afternoon, we chatted with Gray about categories, tour questions, new projects, and long drives.

How has your tour for Gutshot been? How have the audience questions gone?
My tours are always kind of half DIY, half someone else telling me what to do, and a little bit of happenstance family visits thrown in with readings wrapped up around them. With questions, I once saw a reading that John Edgar Wideman did 10 or 15 years ago, and he was getting these kinds of questions: “What’s your process?” “Where do you sit when you write?” He was very generous in his answers, and then he kind of stopped and said, “You guys are all asking the same things, which is, ‘Can I do this?’ And the answer is yes.” And there was a feeling of relief in the audience, or at least in me. I did once ask Aimee Bender how to format a story to send to a magazine. She said, “I don’t know, use 12-point font.”

How did this book come about? Why return to short stories after Threats—or is it your natural métier?
I’ve been working on it for six years, so it’s been very slowly coming about. It’s my second actual short story collection. Right now I’m editing a novel, but I’m always writing short stories. I was writing them while writing Threats, too. Threats is a big idea book, and some of the ideas that I wanted to think about weren’t fitting into it. You know, don’t call it a comeback, I’ve been here for years.

It’s been noted you veer toward the darker stuff. How do you feel about that categorization?
It is accurate. I also find myself rebelling against categorization. Before there were critics to categorize me, I would rebel against my parents, my classmates, my partners, and now I’m rebelling against reviewers. I hear that I’ve got a quirky sensibility. I think writing is one of the freer forms of expression in places where we’re lucky enough that it is free. I’m writing work that would have gotten me institutionalized a hundred years ago.

Have you always been interested in the visceral, the body?
I have a scoliotic spine, which has me thinking about my body all the time, as chronic pain does. It’s sort of this ambulating proof of your own demise. It’s hard for me to get through a story without thinking of vomiting.

How do you like living in Los Angeles? Does it influence the macabre in your writing?
Oh yeah, I love L.A. It’s such a strange place. I follow LAScanner on Twitter, which is deeply L.A., just to get a sense of kind of what’s going on in Beverly Hills at any point in the day. It’s a box of seven jigsaw puzzles that people lost different pieces of and then put together in one box and shook up and threw onto the floor. Maybe it just echoes it—it’s confirming.

One of the things I really liked about my advertising job was that I had an hour-each-way commute that took me from Silver Lake to Playa Vista. I got to know all of these neighborhoods: Baldwin Hills and Culver City and West Adams and Larchmont and Mid-City and K-town. Just going through the side streets and looking at how everybody’s living gave me a fuller sense of people. I like that. I like driving, too.

Are there books that you’re especially excited about this year?
Yes. There’s a book called Paulina & Fran that Rachel Glazer wrote. It’s really fun and good. And Noy Holland’s Bird, which is so good; it’s so dark and affecting and there are bits of it that I think about every day.

Can you give us the teaser for the historical novel that you’re working on?
It’s set 100 years ago. It’s about a dancer, and it’s a very compact little nut of a story. In the same way that Threats is a mystery novel, and I’m not a mystery writer or particularly educated in the genre, I have been enjoying exploring this historical genre with just having a very cursory knowledge of what it could do or can’t do and then challenging those ideas. I’m excited.