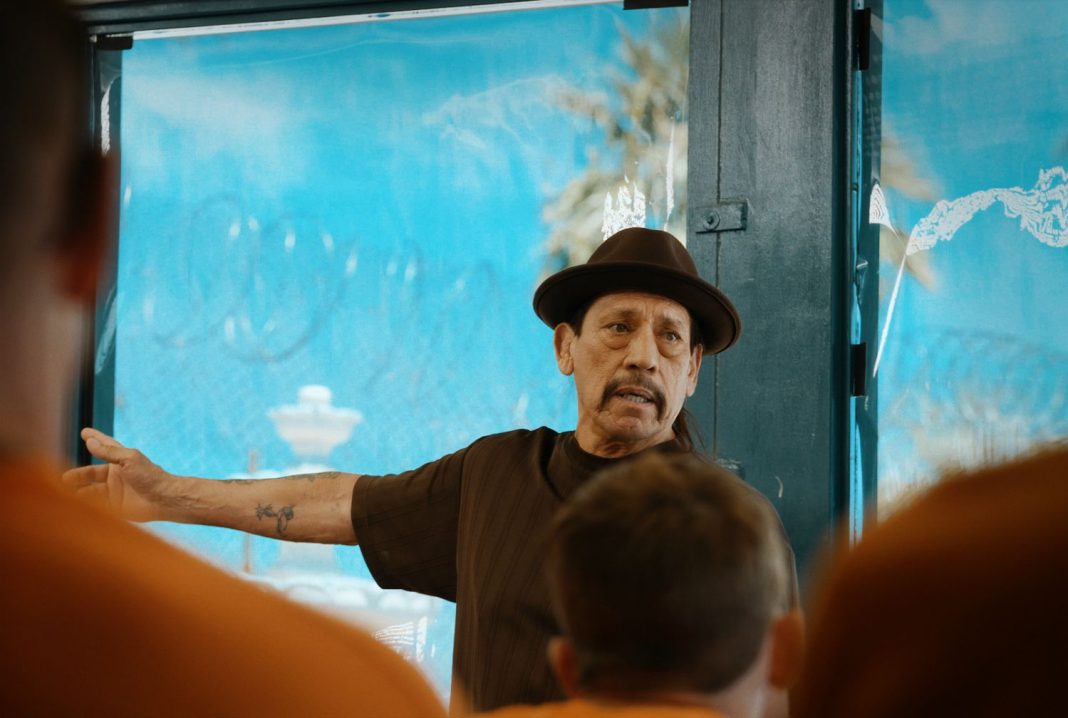 Near the end of Inmate #1: The Rise of Danny Trejo, set for digital release on July 7, the Machete star and owner of Trejo’s Tacos speaks to inmates at Arizona State Prison. He tells them: “Everything good that has happened to me happened as the direct result of helping someone else.”

That one line encapsulates the perspective of the prolific actor, whose IMDB page boasts 384 credits and counting. “The more you help other people, the better your life gets. It’s that simple,” Trejo says on a recent video call. “It’s just you feel better about yourself and your surroundings. I honestly believe that’s the way that God wants us to live is by helping each other.”

Trejo has been helping others, even in the midst of the pandemic. He’s been getting food to people experiencing homelessness in the San Fernando Valley, as well as frontline workers, the elderly, and others in need. He’s bringing diapers to pass out when requested as well, since people often ask for them. “This is my community. I terrorized this community for a long time,” he says. “Right now, I’m just paying it back.”

“I terrorized this community for a long time. Right now, I’m just paying it back.”

Inmate #1, a reference to the nameless characters that Trejo played early in his film career, traces the actor’s story back to the beginning through interviews with him, as well as his family and friends. In blunt detail, he talks about his youth in Pacoima, his introduction to drugs, and the crime he engaged in as a result. Trejo, 76, spent a significant chunk of his teens and 20s in and out of correctional facilities. He describes time spent in solitary confinement, replaying The Wizard of Oz in his head and hearing “Hey Jude” play on a radio in the distance, building up to the moment when he decided to change his outlook on life.

Later on, Trejo became a drug counselor, which led to him being discovered on a film set and kickstarted his life as an actor. Decades, and many films, later, Trejo continues to speak to people at prisons and addiction facilities.

Director Brett Harvey had just finished up Ice Guardians, a documentary about hockey enforcers, when he did a deep dive into Trejo’s life to pitch this project. “It was the craziest transformation of human character that I had ever come across in any of the documentaries or even just films I watched,” the Canadian director says by phone from Burnaby, British Columbia. Once the film was a go, they got to know each other over pancakes at diners and football games in Trejo’s living room. He said that he was struck by how forthcoming Trejo was when talking about his past. “I think that Danny had gotten to a point in his life where he had made amends with where he was at and he was comfortable talking about some of the scarier things that he had done in his life,” says Harvey.

It took several years to complete the documentary, partly because of complications coordinating with Trejo’s filming schedule. Another was waiting for access to film in a correctional facility. The crew was finally able to shadow Trejo when he spoke at Arizona State Prison.

For Trejo, one of the biggest challenges was going into the prison as himself. “It’s OK if you go back into institutions playing a part, being a character,” he says. “You’ve got to go back there being yourself, with no mask, it’s kind of terrifying.”

For the director, a challenge was recapturing Trejo’s life from 50 to 60 years ago with little archival footage, but that led to one of Harvey’s favorite experiences on the documentary, which was riding in Trejo’s Chevrolet Bel Air while he pointed to various landmarks and spoke about his life. “It became a little difficult because, every 20 seconds, people were yelling ‘Trejo!’ or ‘Machete!'” Harvey says.

Also, the director notes, the film’s cut-off point for production came before some incredibly interesting events in the actor’s life. If you watch the documentary and wonder why there’s no mention of Trejo rescuing a child from an overturned car in Sylmar, that’s why.

But, Harvey says, he’s seen evidence of Trejo’s goods works. “I can attest to the fact that he literally has underwear and socks in the back of his trunk that he will give out when he’s driving down the street if he sees somebody that he thinks is in need of it,” says Harvey. “He will go and buy dog food when he sees a person who doesn’t seem to have a home on the street and has a dog.”

As for the documentary, Trejo says that he sees it as a message of hope. “It doesn’t matter where you start,” he says. “It matters where you end.”

Those Weird L.A. Metro Ads Reminding You Not to Be an A-Hole Are Back

Every Taco at Trejo’s Tacos, Ranked