Home Music Curtain Call: Todd Almond Has Another Show at the Kirk Douglas, and... 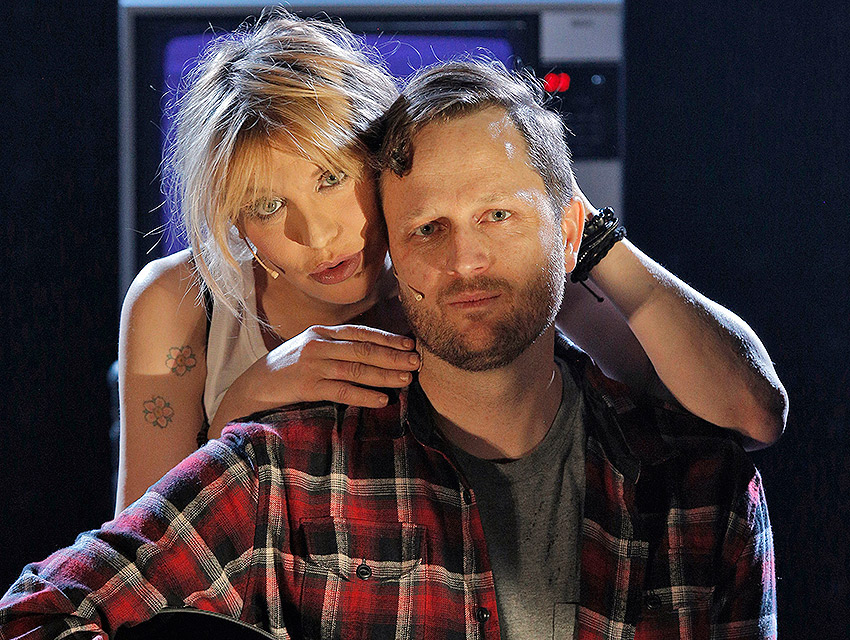 Earlier this year, singer/songwriter/writer Todd Almond had the musical Girlfriend at the Kirk Douglas Theatre. That piece, inspired by Matthew Sweet’s album of the same name, showcased Almond as a playwright. Now Almond takes to the stage to present his new show Kansas City Choir Boy, a two-character piece about love and loss, which opened Sunday at the Kirk Douglas Theatre. Almond stars as the title character, and Hole’s Courtney Love plays the role of Athena. Here Almond discusses his inspiration for the show, writing a musical on Garage Band, and working with a rock star.

Musically, how did the show come together?
I had this big moment of inspiration eight or nine years ago. Part of the inspiration was the Garage Band app on Mac. I was stuck in this hotel room, and it was all I had, so when I was inspired to write I wrote on that. For years the show evolved mostly with my trying to figure out how these songs should be performed. What we discovered after [a 2009 performance at] Joe’s Pub was that the show worked best with the original Garage Band files. The inspiration is really contained in that music.

When Courtney Love signed on to do this show, what, if any, changes were made to accommodate her voice and/or her style of singing?
We definitely tailored it to Courtney, but that’s the best part of live theatre. You are making art with the people in the room. Courtney Love brings in so much of her own talent and skill set and power. I definitely wanted her in this piece. There was a lot of tweaking and rewriting and re-imagining, and I think it made the piece much more interesting.

Did it take having someone like Courtney Love in the show to get KCCB produced?
It definitely helps, my goodness. We were part of Prototype Festival, a small festival in New York, and her presence made the show very buzz-worthy. It’s much easier to sell a show with a star in it, but it doesn’t feel like stunt casting. The performer fits the bill.

Previous productions have been quite intimate with the audience surrounding the performers. Will you be recreating that at the Kirk Douglas?
One of our favorite aspects is the intimacy and close quarters. It’s going to maintain its intimacy. We have a lot of seats on stage. Our playing space is as small as it always was. There will be seats in the house. Those people sitting in the house and watching, those seats are really great because you get intimacy and perspective.

How much was this show inspired by the death of Sarah Fox, the Juilliard student with whom you had worked?
Inspiration definitely came from Sarah and her unfortunate and tragic passing. I didn’t know her well. I had written a bizarre musical adaptation of The Odyssey at Juilliard; Sarah played the goddess Athena in the show. Shortly after it closed she went missing and was found murdered in a park in Manhattan. I was home alone and had the news on and was writing music and suddenly her face popped on the screen. It was really a shocking moment for me. I forever think of her as the goddess Athena.

I also spent some time in the Midwest. I was in Kansas City, and I had just broken up with someone. I was reminded of Sarah, so I started to write. Maybe she had a boyfriend or girlfriend she left behind. I was writing about myself. There’s a heartbreak in the Midwest. There’s the heartbreak of young people. There’s heartbreak about two people who should be in love. All of that conspired to make KCCB.

Alan Mandell Will Finish His Stage Career the Way He Started It: with a Performance of Endgame

What Do You Have in Common with The Absolute Brightness of Leonard Pelkey?