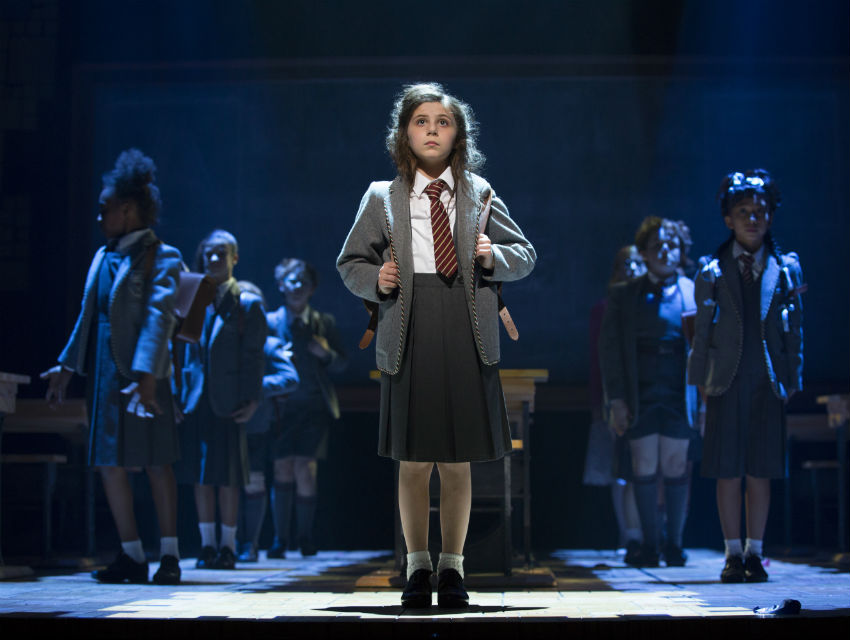 It’s been six years since composer Tim Minchin began his public journey with Matilda The Musical. His adaptation of Roald Dahl’s classic book has won awards on both sides of the Atlantic. This week the touring production opens at the Ahmanson Theatre. On Monday, Minchin will be performing his stand-up material during a sold-out concert at Largo at the Coronet.

At this point asking Minchin about his journey with the show seems redundant. Particularly since he articulated it so well in a recent article in the Sydney Morning Herald. Our conversation was predominantly about the use and role of satire in his comedy music and in musical comedy.

“I don’t think they are as different as people might think,” he says. “I guess there are a couple of distinctions. When you are writing to serve a narrative I think musicals work best when the songs are telling you something about the character, something about the story and telling the audience something about themselves. Every song should have that goal and how much you succeed is for other people to judge.”

He offers specific examples in Matilda. “’Loud’ is a social satire about opinion over information. ‘Quiet’ is about the need to find space. And ‘Miracle’ is about parents’ rose-colored glasses view of their own children. They have breaks, but you set the story as well. In comedy you just have to find something you are angry about and make it rhyme.”

Minchin laments the lack of use of satire in most contemporary musicals. “I think satire and wit is fundamental to what makes a good musical,” he offers. “Making musical theatre not mawkish or not saccharine is the first challenge. Wit is your first go-to thing to avoid mawkishness, to avoid over-sentimentality that, rather than making you care, makes you not want to. I think if you can get it right you can be incredibly disarming.”

Whether because of the success of Matilda or in spite of it’s success and the success of his stand-up work, Minchin can be self-deprecating. “I think my comedy is very manipulative,” he observes, “arguably not very funny. I’ve never read a book about the structure of jokes. I’m sure what I do is a fucking cliché and I’m sure I use the same tricks, but I wouldn’t know. I don’t ever unpack it until I’m having these conversations really. I’m quite good at getting my brain out of the way of stuff. I think to make art you need a lot of craft. You need some chops to take a great photo. To paint you need to know how to use paints and a brush. But once you’ve got some chops you need to try and forget about it. Pretend it’s not there. Pretend it’s an emotional and not an intellectual thing. Kind of suspend your disbelief a bit and try and write some version of the truth.”

Next up is a musical adaptation of the 1993 film Groundhog Day that will premiere next year in England. “Groundhog Day is in some ways more musically pop,” he says. “That’s a terrible phrase. What I mean is there are songs you could play on the radio that there isn’t in Matilda because they are so narrative and wacky and a bit dark. Groundhog Day is about how to live your life. I’ve thought really hard about how to reflect these stages of his life in music and what does that mean? What is he falling towards musically? What has he learned and how do you make that sing?”

After these first years of Matilda’s life, does he feel by doing interviews and attending openings like he’s in his own Groundhog Day? “Well if it is than I should be learning how to see things from a new angle without having to change my circumstance. I suppose that’s the lesson, isn’t it?”