Home Theater Curtain Call: The Quotes That Got Away 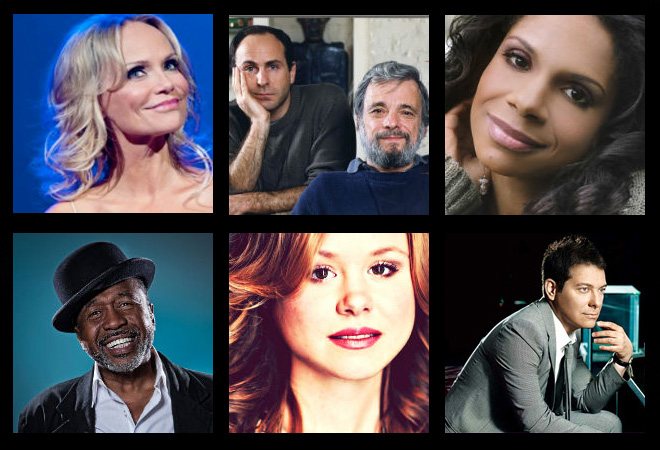 The end of one year and the start of another offers the usual thoughts about past, present, and future. Rather than offer our own, we turned to our Curtain Call subjects for 2013, mining last year’s interviews for insights that didn’t make it into the original columns but are worth sharing.

Kristin Chenoweth on what shows she thinks are overrated:
“I better not answer that if I want to have a job in this city.”

Singer Michael Feinstein on Adele:
“Adele has a voice that is rather ordinary. I don’t find anything distinctive about her voice. I think she is, for me, someone who is copying R&B singers of 40 years ago and that’s what happens generationally.”

Playwright Terrence McNally on homophobia:
“Hopefully homophobia is like a balloon with a very slow leak. It is certainly hemorrhaging air at a slower rate than I’d like, but it isn’t what it was.”

Singer/actress Audra McDonald on her favorite L.A. spots:
“I have two favorite spots in Los Angeles I try to hit every time I’m there. One is a Korean spa; I love and miss desperately and the sweet Korean ladies who beat me and exfoliate me. The other is M Café de Chaya.”

Singer/actress/producer Rita Wilson on her unfulfilled ambitions:
“I would like to originate a character in an original musical. I love that whole performing eight shows a week, singing and dancing. You can’t be in a bad mood when you are singing and dancing all day.”

Writer/director Bill Condon on choosing between a Broadway production or a feature film:
“It depends on which show, right? You have to be careful that they belong in that medium. You can’t confuse your excitement for the theatrical experience for something that will be enhanced in that different medium.”

Writer/director James Lapine on the Send in the Clowns montage in Six By Sondheim:
“There were obviously a lot of people we took out. There’s only one that didn’t make it that I loved that was Sarah Vaughan, not in her best shape.  Her daughter asked us not to use it.”

Actor/singer/dancer Ben Vereen on Bob Fosse:
“Bob Fosse would always say after a show or rehearsal, ‘Let me buy you dinner.’ That was his thing. I was in Los Angeles when he passed and was devastated. I got invitation to the memorial and dinner. Dinner was at Tavern on the Green and on the table was a top hat. Inside there was a letter that said ‘Let me take you to dinner.” And there was a music box that said, ‘Take a bow, you deserve it.”

Terre Blair Hamlisch (Mrs. Marvin Hamlisch) on her husband:
“He had very little subtext. He was who he was. He was ebullient and full of life and had an amazing sense of humor. I’m surprised he had the patience to last with me.”