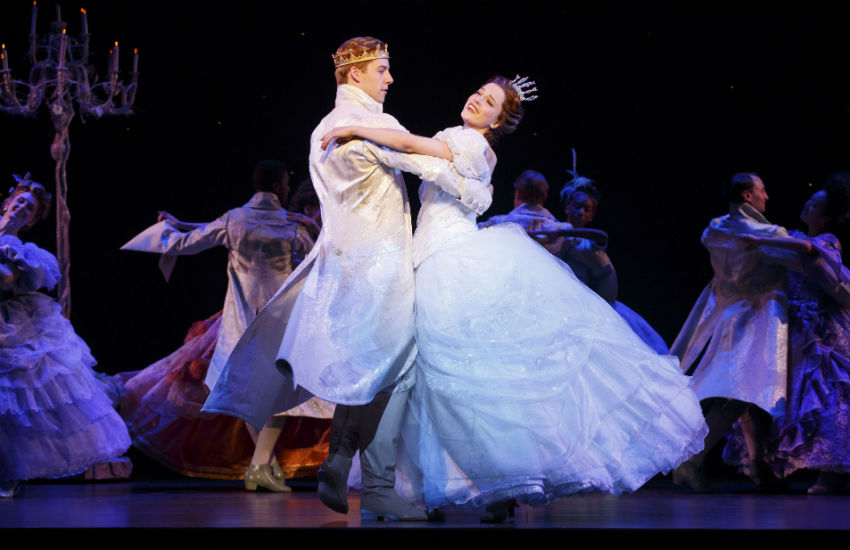 It seems like Cinderella is everywhere. There’s the new Disney film that stars Lily James. Anna Kendrick played her in Into the Woods. And she’s the belle of the ball in Rodgers & Hammerstein’s Cinderella, which opened last week at the Ahmanson Theatre.

When Richard Rodgers & Oscar Hammerstein II first wrote Cinderella it was for a live television movie that starred Julie Andrews in 1957. In 1965, it was remade with Lesley Ann Warren and in 1997 with Brandy Norwood and Whitney Houston. But it was never a stage musical until 2013. How it became a Broadway musical was due to the work of Ted Chapin, President and Executive Director of Rodgers & Hammerstein.

“I was on a trip to Israel,” says Chapin. “It was amazing. Robyn Goodman was on that trip. We hit it off. She said, ‘is there anything we can work on?’ I don’t know where it came from, but I said that no one has ever figured out how to do a Broadway version of Cinderella. Make her more modern with more control of her destiny – as long as it goes with romance and the Rodgers & Hammerstein-ness of the score. It has to blend together.”

Chapin said writer Douglas Carter Beane (The Little Dog Laughed, Xanadu: The Musical) was the go-to guy to make it all work. “He was the first choice,” Chapin reveals. “He came to see me and said he’d gotten a literal translation from the [Charles] Perrault book [1697.] There are interesting things that have changed in our world—like the fact that there were three balls. He talked about Venetian glass, so that was very posh, how about making it the slipper. There were interesting ideas.”

Since the original was much shorter, fleshing out the show’s music was also important. “This is not the first production in my days at R&H where somebody has wanted to go through the trunk to find songs to add to the score. That trunk is not vast. Beane would listen to something. There’s a song that starts the show, “Me Who Am I.” A little piece ended up in Me and Juliet [1953]. He said ‘that’s kind of a prince-like song. You could actually do it like a marching song.’ These are smart people doing this the right way.”

In our 140-character culture, how does he remind new audiences who Rodgers & Hammerstein were? “That’s a really good question. The Sound of Music is the best ticket we have to understand who R&H were. We got more where that came from. We have a catalog of musicals that are really good works of theatre.” That catalog also includes Oklahoma!, Carousel, South Pacific and The King and I. A new production of The King and I opens April 16th in New York.

Chapin explains that the shows, which now seem safe were actually adventurous at the time of their creation. “These shows were risks. To do a show about WWII in 1949 [South Pacific] or to do a musical with Nazis in 1959 [The Sound of Music], I try to remind everybody these guys were bold and they knew what they were doing and they did it very well.”

So what would R&H think of this stage version of their show? Chapin pauses before answering. “I’d like to think that Rodgers would be happy with it for the single reason

that nobody has tried to pick the score apart. There are some lyrics that are drafts of lyrics and I think Oscar might say ‘give me a couple days.’”