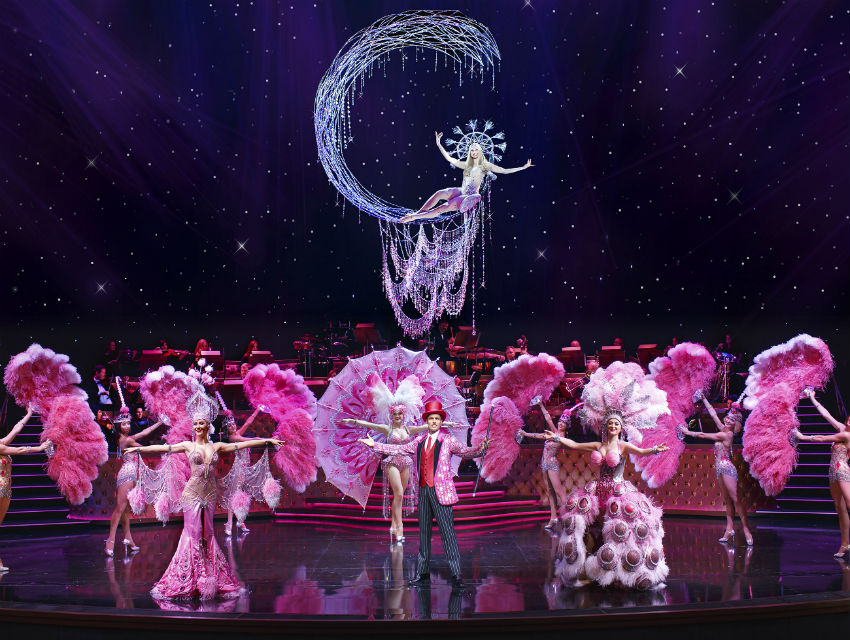 You can’t open a program at a cultural event in town or visit a local mall without being exposed to advertisements for Steve Wynn’s Showstoppers. The ads promote the nearly 90-minute show that opened last December and continues its run at the Wynn Hotel’s Encore Theatre in Las Vegas. Overseeing the show is director Philip Wm. McKinley.

Before Showstoppers, McKinley took over the troubled production of Spiderman: Turn off the Dark and directed Hugh Jackman in his Tony Award-winning performance as Peter Allen in The Boy From Oz.

“We started with the idea of what are [Steve Wynn’s] favorite moments,” McKinley says. “These are the shows Steve saw himself as a kid. It’s really his gift, in a way, to share what he loved as a kid.” Six leads, 28 dancers and a 30-piece orchestra perform songs from such musicals as Annie Get Your Gun, Damn Yankees, Cabaret, Chicago and A Chorus Line.

For McKinley the biggest challenge was one of structure. “Finding the arc of the show,” he offers. “Finding the numbers that could be put together and still you would have some kind of emotional arc in the evening. A lot of that was done with Mr. Wynn. He did select the numbers. The real goal he had was to make sure everything came from a very positive energy. That’s why we don’t use the musical dramas like Les Miserables and Phantom of the Opera.”

As for the choreography for the show, McKinley had certain restrictions. “The estates said we could not stage it the way it was originally staged, except for A Chorus Line. That restriction really opened the door to be more creative.” Helping McKinley put the show together was choreographer Marguerite Derricks (Austin Powers trilogy, Heathers The Musical.)

“Marguerite didn’t lock herself down by saying ‘okay this was a number done by Bob Fosse, I’ll do a tribute to Fosse.’ She approached each number as an original number that no one had ever done and made it relevant to today’s audiences. It’s contemporary dance. It’s not based on a dance done 30-40 years ago.”

In a city filled with multiple Cirque du Soleil shows and the Wynn Hotel’s own Le Reve, how does Showstoppers fit into the Vegas landscape? “It’s not a throwback,” McKinley says. “It’s a back to the future. I think this is going back to where talent, human talent, was featured. Whether it is the voice, the dance or the music. At one point that was the only type of entertainment in Vegas. [Steve] made this decision based on what’s he’s always done. He’s always been a leader. He will admit to you he can build a hotel better than anyone. But he’s said the one thing that has been elusive to him has been entertainment. It’s elusive to all of us. If we knew the formula everything would be a hit.”

When asked what the odds are in this gambling mecca for Showstoppers to have a long run, McKinley laughs before answering. “Fortunately I’m not a betting man. As long as audiences are going to be as enthusiastic as they are, we’re going to be here. We have people coming to the show who have never been to a Broadway show. I would dare to say, probably quite a few men whose wives or girlfriends want to see the show and they’re thinking it will be kind of weird. But they leave thinking it was great fun. I love the fact that we may be introducing musicals to a new demographic that may not have thought about them.”

Another Magic Castle Is Opening Soon, and We’re Trembling with Anticipation