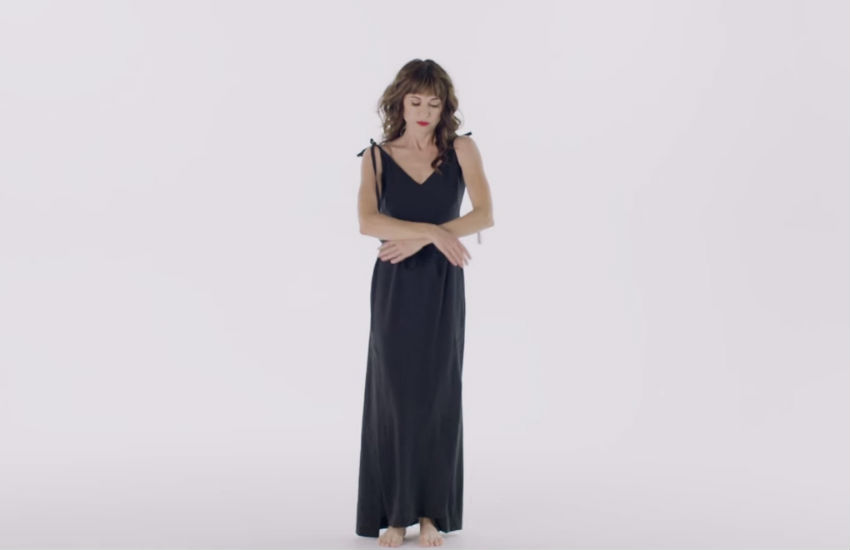 Actress/singer Rebecca Pidgeon has a suggestion for people planning to see her and Felicity Huffman in a production of David Mamet’s play The Anarchist currently running at Theatre Asylum in Hollywood. “It’s a dense play. I recommend they read it first.”

The Anarchist opened on Broadway in December of 2012. It closed after only 17 regular performances. The 70-minute play depicts Cathy, a felon (played by Huffman) trying to convince Ann, an unspecified representative of the prison system (played by Pidgeon) that she has reformed herself, found God and should be released after 35 years in prison for killing a police officer. Ann isn’t sure if this conversion is real or a manipulation.

“It’s a polemical play between these two characters who are both espousing different ideas,” Pidgeon says. “You see the true desires of each character and therefore you see into their souls somewhat. It’s seeing the anguish of two humans, each trying to convert the other. They are locked into this battle that has been going on for years.”

Much like Mamet’s play Oleanna, this play allows audiences to make up their own mind about which, if either character, is right. “Even I as an actress will be watching Felicity Huffman and thinking, ‘I completely agree with what you’re saying.’ He doesn’t write plays with simple answers and it’s a problem. It’s also a wonderful joy.”

When a play like The Anarchist is unsuccessful, how does Pidgeon, as the playwright’s wife respond? “I’m baffled and saddened if his work isn’t received the way I think it should be,” she reveals. “It’s a mine of wealth and gold. I know, of course, it will be appreciated. If it isn’t at the moment, it certainly will be. It’s too rich not to.”

In addition to acting, Pidgeon is a singer/songwriter. Her most recent recording, Bad Poetry, will be showcased at her gig at the Hotel Café on Saturday. “At the moment I’m really loving my music,” she says, “because it’s something that’s completely mine. I’m directing it and producing it and writing it. It’s hard to write a good song and I’m always finishing a song and thinking, ‘yes, I like this.’ And then the next day I feel like, well, let’s write another and see if we can achieve what I’m looking for.”

Her first recording was Glances Askances when she recorded as one half of the duo in Ruby Blue. Her solo debut album was 1994’s The Raven. Bad Poetry is her eighth album as a solo artist.

Where does she find more joy? In saying the poetry that is Mamet’s writing or singing the poetry of her own? “Oh god. What a question,” she responds. “The music of David Mamet’s writing is like you are getting to play the best music ever written. It’s very classical and very structured. It’s surprising and inevitable at the same time. My songs are idiosyncratic and not classical at all. It’s a thrill to get to sing them and I just hope they are good. Sometimes I know they are good. I would say it’s more like an experimental medium for me.”