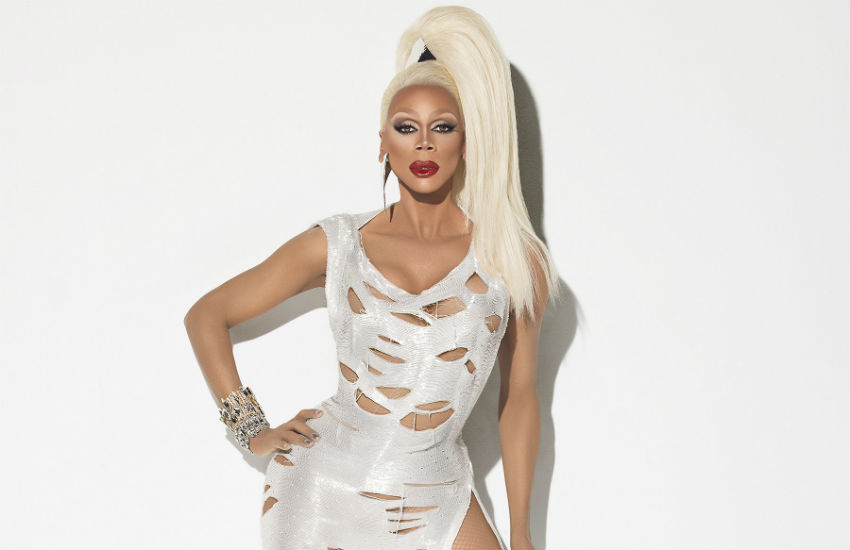 In a world filled with reality shows, it surprises no one more than RuPaul Charles that RuPaul’s Drag Race, which airs on LogoTV, is about to launch it’s seventh season on March 2.

“Honey, I don’t even know where my car keys are right now,” RuPaul says. “I don’t profess to know really anything. Everything I do, I am going to give it 100%. Fingers and toes are crossed. 30 years in the business, [success] doesn’t always happen. When it does, I’m very happy about it. Even if it hadn’t, I love color and laughter and music and dancing and laughing and more laughing.”

For the uninitiated, contestants in Drag Race come from all over the world to compete to become America’s next drag superstar. Through weeks of challenges contestants are eliminated until just three are left to duke it out for the title. Previous winners include Raja, Sharon Needles, Jinkx Monsoon, and last season’s champ Bianca Del Rio.

“We work very hard,” RuPaul says of the challenges of making each season fresh. “The producers and I, we love drag. We’ve seen it all. We’ve been there. This season is the best season ever. It is smashing because the other unimaginable element is the kids and what they bring to the challenges. If we decided to repeat old challenges from season two, it would still look fresh because of the girls.”

When asked if Drag Race has impacted the gay rights movement, RuPaul isn’t sure. “I’ve been around for a long time,” he says, “and I know that trends come and go, movements change. I don’t know what precedes those movements. There are times in my life when I knew it was important to fly under the radar and I had to read what was going on. Then there were times I thought it would never end. Disco forever! I don’t know why people do what they do. I’ve learned not to focus on what people are doing because it’s fucking useless and it doesn’t help life.”

A few days after our interview, RuPaul announced RuPaul’s DragCon, which will be the drag world’s ComicCon. It will take place in Los Angeles in mid-May. Which begs the question if each season the next drag superstar gets crowned, why haven’t any of the queens achieved remotely the same level of success RuPaul has?

“What’s happening is all of the girls under the Drag Race umbrella have become collectively as big and are making an impact like I made all those years ago. Collectively they are that big. There’s so much out there that you have to galvanize and gather the troops to really make that impact on a commercial level.”

For RuPaul, drag offers something more significant than commercial viability. “Drag’s role is to remind us who we really are. I didn’t come up with this idea, but we are God in drag, all of us. We are experiencing life on life’s terms without judgment. The experience could be absolutely horrific, but the truth is it’s not forever. These lives are very short and I know it’s hard for people to understand when you are having a terrible time, but ultimately it’s not to be taken too seriously. Drag tells the truth of what’s happening. The truth is it is all your dream and your creation and an experience that’s over before you know it and then you’ll come and do it again however you want.”

Rupaul’s DragCon LA: Here Are Some Local Queens to See at the Fest

RuPaul’s DragCon LA: Your First Look At List of Stars Who Are Coming (Exclusive)