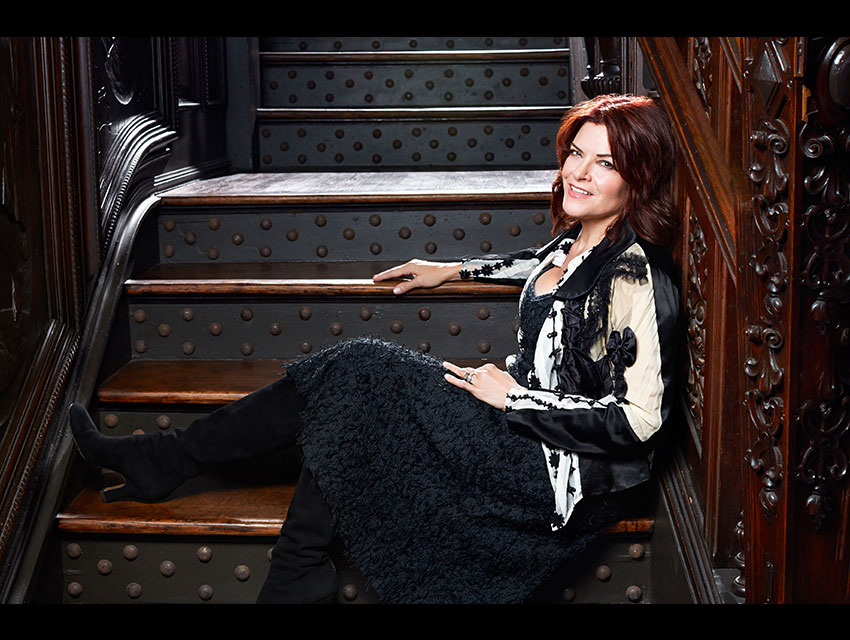 Losing your parents is one of life’s biggest challenges. When Johnny Cash died in 2003 his eldest daughter Rosanne Cash (who he had with his first wife Vivian) had to manage her own grief while handling the worldwide outpouring of affection and admiration. She took to the recording studio with 2006’s Black Cadillac, which directly addresses the grieving process. In 2009 she released The List a selection of songs taken from a directory of great country songs her father had given her. With this year’s The River & the Thread she may have completed a trilogy that encapsulates her journey through grief. Cash and her band (including husband John Leventhal) will be showcasing the new record at UCLA’s Royce Hall next Thursday (October 2).

“I know I said it’s a trilogy, but maybe it’s not,” she says via email. “Time will tell. It may be the beginning of something, rather than the end. Loss, accepting my legacy, moving on into a bigger expanse of my own writing, my own work.”

The concept for The River  & the Thread came from a road trip Cash and Leventhal took through the South. “We were driving through Osceola, Arkansas and there was a sign that said it was the birthplace of guitar great Reggie Young and Albert King. John stood in front of it and kind of said to himself, ‘we could write about this.’ And ideas started to form. It really became clear that we were writing about the Southern landscape and Southern characters, our musical ancestries, journeys through the Delta, time travel. It began to take the shape of a single narrative and an old-fashioned concept album.”

Critics, as they usually do, have been quick to define influences within The River & the Thread. “Some critics are more astute than others, of course,” Cash offers. “Musically, I think it’s easy to hear the references to swampy blues, country-pop, even the spare and stark Appalachian Folk. We didn’t ‘bow’ to those influences, but we definitely nodded and filtered them through our own ears and lives. A great artist processes the influences through the prism of their own life. I do believe that the role of the artist is to allow others to access their own feelings, see their own lives reflected back to them through art, and to allow room for revolution in that reflection—emotionally, spiritually, socially, intellectually.”

One of the most personal songs on the album is “Etta’s Tune,” which was written about the widow of Marshall Grant. In Johnny Cash’s original backing duo, the Tennessee Two, Grant played bass. “I loved Marshall very much and he always said I was like a daughter to him,” Cash says. “Etta—the way she says my name is very unique and every time I hear her say it, I feel a warmth and the kind of comfort you get when you are around someone who has loved you since the day you were born. She told me when [Marshall] was dying that every morning of their lives they woke up and said ‘What’s the temperature, darling?’ John [Leventhal] heard that and said ‘it’s the first line of a song.’”

In concert Cash will be performing The River & the Thread in sequence. “I have wanted to do that since I saw Lou Reed do it at Radio City Musical Hall for his record Magic and Loss. I cried through much of that concert and said to myself that one day I would do an entire album live in sequence. It’s powerful.”

It has been 33 years since her first hit, 1981’s Seven Year Ache. I asked her if in her early days she ever envisioned the career she’s had and whether that woman still in her today. “I couldn’t envision much of anything at 23 years old, beyond the fact that I was desperate to be a good songwriter,” she says. “That’s what I’ve worked at and at creating bigger spaces with audiences, more theatrical experiences, rather than just singer/songwriter shows. Of course she is still alive. But as my mother used to say, I wish I was 25 and knew what I know now.”

How the Kilroys Are Beating Theater’s Boys Club