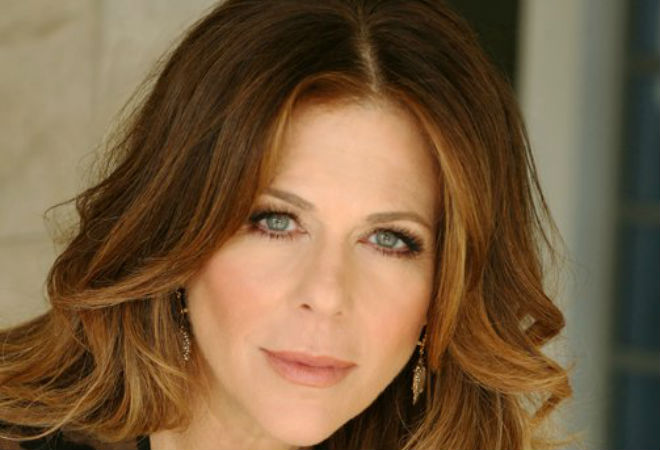 When Rita Wilson was a ticket taker at Universal Amphitheatre in the 1970s, she watched from afar as Linda Ronstadt, Joni Mitchell, The Eagles, Neil Young, Bonnie Raitt, and others commanded the stage. Decked out in orange polyester pants and matching blazer, she never dreamt she’d one day stand on stage and sing their songs. Flash forward a few decades and the actress, who appeared in Sleepless in Seattle and produced the hit film My Big Fat Greek Wedding, will be doing just that. On November 5, she’ll headline the Walt Disney Concert Hall show, Rita Wilson and Friends.

“I was heartbroken when I saw them tear down the Universal Amphitheatre,” she says a few days before her 57th birthday and just after the destruction of the venue. “Los Angeles doesn’t do a good job of preserving its history. On the night when Joni played, it was a full moon. I remember exactly what she was wearing. There was a warm summer breeze. She was playing the dulcimer and singing ‘California.’ It was mesmerizing.”

On her album AM/FM, Wilson celebrates the songs and artists with whom she grew up. When asked to pick the one song on the CD that truly represents who she is, she chooses “Love Has No Pride.” “I connect to that song because it’s about making a choice,” she says. “That person (in the song) is having a regret about something that could have turned out differently. I think it is a lot about truth and telling the truth. I’ve always felt for people who are going through stuff.”

Her collaborators on AM/FM include Patti Scialfa. How did Mrs. Tom Hanks get Mrs. Bruce Springsteen to join her? “We’ve known Patti and Bruce since before Philadelphia. She is an extraordinary artist and songwriter. It blows me away. We were sharing what I was doing and she said, ‘I have a song that would be really great for you, “Come See About Me.” She had the vision and I coerced her into producing it for me.”

Though Scialfa won’t be joining her at Disney Hall, Jackson Browne, Richard Marx, the Tenors, and former Monkee Mickey Dolenz will. “Mickey lives in the neighborhood I grew up in. A neighborhood boy said ‘I know Mickey Dolenz and we can hang out anytime.’ We were 10 or 11. I should have known when we went in through the kitchen window we hadn’t been invited. As I was putting the needle down on Last Train to Clarksville who should walk in but Mickey? I’ve never been so mortified.”

Singing has been Wilson’s longtime dream, and she’s currently writing songs for her new album, some of which she might perform at her upcoming show. Does her new career path disprove F. Scott Fitzgerald’s assertion “There are no second acts in American lives?” Though Wilson mentions ageism in the entertainment industry, it’s her initial response that resonates: “Wasn’t he an alcoholic?”