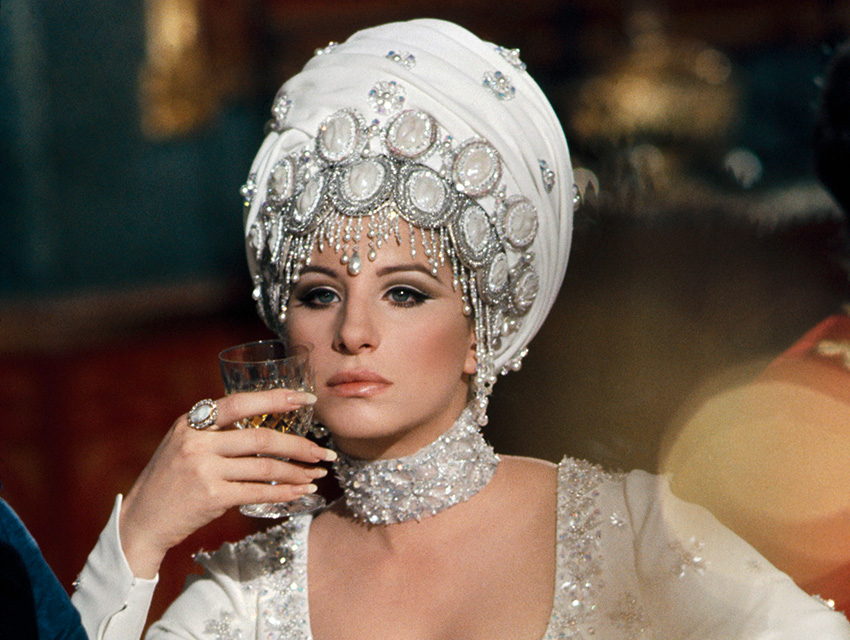 Early in her career, Barbra Streisand was labeled as kooky. She was told to get her nose fixed. Her fashion sense was described as offbeat. She just didn’t look like a future superstar. It might surprise those early critics to see a new Taschen book celebrating the singer. Filled with hundreds of photographs taken by Steve Schapiro and Lawrence Schiller Barbra Streisand showcases her early film work from Funny Girl to A Star Is Born.

Schiller, who had a lengthy TV producing career, also did Marilyn and Me for Taschen. He explains that both books originated when he revisited his photo archives. “I put my photos in storage in Iron Mountain,” he says. “They weren’t indexed. And I went on to produce and direct motion pictures. In 2002 I had a heart attack and became uninsurable for motion pictures. I had to find a new profession. So the new profession was looking into my archives for the first time in 40 years. I decided to sell my Marilyn Monroe photographs. Out of that exhibit I decided to write my autobiography and I’ve come across areas that make interesting books.”

Streisand’s approach to being photographed is simple, according to Schiller: “If you really look at Barbra’s photos as I photographed her, there is a simplicity to her. Her emotions are simple. Her eye contact is simple. Garbo was completely different. Liz Taylor and many women were projecting something very strongly. Streisand was never really projecting. In the majority of the photos I did, she was very simple.”

As for her appearance, Schiller says it was a mix of concern and confidence. “She was always worried about how she looked,” he explains. “She would have a very frank discussion with the photographers about how she thought she best looked. She understood lighting. You can see on sets she understood key lights and the effect of key lights.”

The book covers Streisand’s career from 1968 to 1976, well before the internet and 24-hour cable news channels. “Photography in those days was a form of communication that celebrities needed. The cover of Time magazine was gold. That’s how tickets were sold. Photojournalists were very important. We were sponges with our cameras, but we were also the loud speaker championing the person we were photographing.”

Streisand had no control or input on the book. “None whatsoever,” Schiller says. “It was hidden from her. It was something Steve and I agreed. We even had a little battle with the publisher because he knew her and he didn’t want her to get mad at him. It was best that we just do it without any outside influences.”

Does Schiller know what she thinks of the book? “I sent her six copies of the book. I already know. She said it’s beautiful and it brings back all these memories. Steve and I understood what she liked. The other thing we also understood was how far we could push the envelope with this book.”

And he says there’s one word that explains why she is, as the song from Funny Girl says “the greatest star”: “Longevity. She’s here. She still knows how to get on the charts at number one. It’s 60 years and she still sells out. Show me another female still going who can do that.”