Home Theater Curtain Call: Opera Don’t Mean A Thing If It Ain’t Got That... 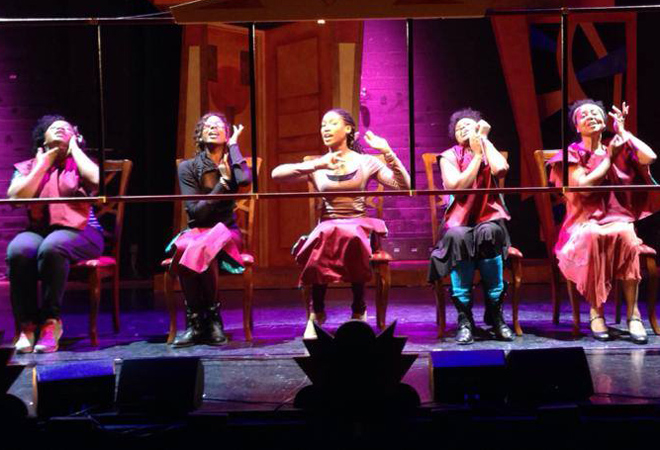 If purists bristle at the notion that George Gershwin’s Porgy and Bess is an opera, imagine what they’ll say when they discover that Long Beach Opera is presenting Queenie Pie, “Duke Ellington’s only opera.” If Andreas Mitsek, the company’s artistic director and general manager, has any concerns he hides them well.

Queenie Pie was inspired by the story of Madam C.J. Walker who became the first female African-American self-made millionaire thanks to her line of hair and beauty products. “I do so much in my search for unusual work. One road leads to another and suddenly I’m in a territory I never though I’d enter,” Mitsek says during an early rehearsal. “I was surprised that Ellington had written an opera. I was intrigued because we all know Duke Ellington but we are very little aware of what he did for the stage.”

According to Mitsek, the origins of Queenie Pie go back to the 1930s. “Ellington was thinking about writing Queenie Pie from the mid-’30s on. In the mid-’40s there was a press release where it was written that the Duke was going to write an American opera.  It wasn’t until 1970 when [he] got a commission from a New York public television station to write a television opera that he really got to work. He called it ‘opera buffa,’ which is comic opera, and also called it a street opera. It was left unfinished when he died in 1974.”

Is this like Mozart’s Requiem, a piece that was finished by others from the master’s notes and sketches? Mitsek explains, “The storyline and ideas for how it would continue existed. There have been different versions performed since the ’80s. Duke’s son, Mercer, created productions and then nothing. Oakland Opera Theatre did a production in 2009, I believe. There was a production in Austin. We took these two and added some music and some songs and created our own version. We made the storyline much better by making it more cohesive in terms of the ending.  t’s almost like creating something for the first time. It exists but you have to shape it to make it complete.”

Is Queenie Pie ultimately an opera or a musical? “I don’t distinguish between opera and musical,” says Mitsek. “I’d rather put things outside the box rather than inside the box. I think it is theater with music. I think Queenie Pie is maybe not in the form of opera as we would experience it from Verdi, but it is telling a great story with great music.”

That sort of thinking, Mitsek believes, may put them a step ahead of other opera companies. “I think certainly we do a lot that’s on the pulse of the time. We did Nixon in China then the Metropolitan Opera did it a year later. Our other production [this season], The Death of Klinghoffer, the Met is doing that. There is no reason for us to attempt what Los Angeles Opera does so greatly. Our niche is completely different. We are more mobile; we can provide intimate experiences and take different journeys.”

In February Queenie Pie will be performed at Chicago Opera Theatre where Mitsek is also general director. “These two companies are watched and reviewed. What we do gets a lot of attention from other people. I’ve seen a couple pieces we’ve done before being picked up. And finally Duke gets his wish and his stage work gets attention. He had to wait a long time for the Pulitzer. He probably is very patient.”