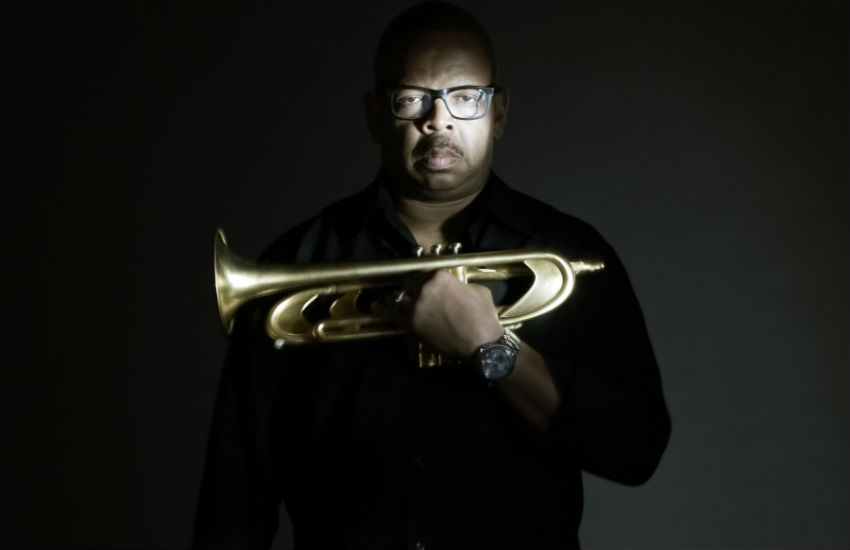 Grammy Award-winning trumpeter and composer Terence Blanchard once said, “If you are hung up on maintaining the tradition, you’re never going to be yourself. This is music about breaking the tradition.” In two very different concerts (one this week and one at the Playboy Jazz Festival in June), Blanchard will be celebrating the past of jazz as well as its future.

On Thursday night, Blanchard will celebrate the collaborations of jazz legend Miles Davis and arranger Gil Evans at Walt Disney Concert Hall in a show called Still Ahead. Their albums: Miles Ahead, Porgy and Bess and Sketches of Spain are considered masterpieces.

“It’s one of those things where you had a perfect meeting of minds,” says Blanchard of the duo’s work. “Gil’s arrangements were perfectly suited for Miles’ expression. You can’t manufacture that. You have to appreciate it and be thankful those guys found each other. When you look at Miles from Birth of the Cool, you can tell he was trying to simplify. Couple that with Gil Evans’ harmonic arranging you can tell he was opening up that harmonic sense and that really suited what Miles was doing at the same time.”

The richness of the material makes choosing a set list a real challenge. “Therein lies the problem,” Blanchard says before laughing. “Wayne Shorter talked about life as one continual composition. I firmly believe that. When it comes time to choose material for a concert, I have to go with my gut realizing that’s where I am at the moment. Tomorrow if we were to do the same concert, it wouldn’t be the same show.”

Blanchard also has a new recording coming out called Breathless. Along with his new groove-based group, E Collective, they will perform at this year’s Playboy Jazz Festival. The CD’s title came from his daughter. “I was talking to her about the whole idea behind that tune. I was writing for Eric Garner and things going on with young black men and experiences with police. When I was talking to her it was in the middle of the ‘I Can’t Breathe’ campaign. My son went through it. He was arrested on suspicion of burglary. I was on my way to Europe. What saved him is one of the cops knew me. That’s a situation that could have gone seriously wrong rather quickly.”

Much like his idol Miles Davis, Blanchard believes passionately in civil rights. Which raises the question, has the world gotten better for jazz and for people?

“The world is getting to be a better place for jazz. You have young kids coming to this music who are serious about playing. In terms of being a better place in general, I’m kind of up in the air about that. What has to happen is you have to get rid of the poison to get rid of the infection in your system. Because we have a black president it uncovered a lot of the ugliness we’ve had for the last few decades. The way demographics are changing, there’s going to be a huge shift and that will be felt around the world. I think we’re on the upswing. I think we’re in the dirty part of the recovery.”

In the Fast-Paced and Unconventional Biopic Miles Ahead, Don Cheadle Takes Control of Miles Davis