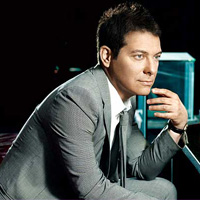 When Baz Luhrmann selected music for Leonardo DiCaprio’s first appearance in The Great Gatsby he went to the same composer and lyricist Woody Allen used for Manhattan: the brothers Gershwin. Everyone finds their own path to this music. For musician and conductor Michael Feinstein, who leads an all-Gershwin performance with the Pasadena Pops this Saturday (September 7) at the LA County Arboretum, it was because of a psychic.

“When I first came to Los Angeles—and nine months before it happened—a psychic told me that I’d be working with Ira,” Feinstein says. “I’ve always felt a connection with the work of George and later Ira.” Six years of working as the lyricist’s archivist with exposure to unpublished sheet music and rare recordings and he gained “perspective and insight into [George and Ira’s] collaboration and also learned how to interpret the work from the source. Certainly the survival of the Gershwin legacy does not need me, but I need them.”

Composer George wrote “Rhapsody In Blue” for the concert hall and with Ira wrote such classic songs as “Someone to Watch Over Me” and “Embraceable You.” In an era when music seems secondary to how you market yourself or the scandals you create, Feinstein is charmed by the complexity and originality of the Gershwins’ compositions.

“A lot of music today is on the surface. There is a same-ness, a mind-numbingly boring, clichéd repetition of chord structures that has dumbed it down to the point of destruction. There’s something magical about the work of George Gershwin and his collaboration with Ira.  It galvanizes people, opens their hearts, and gives a sense of feeling alive that I think is unique to their work.”

Since much of their music is so well known, will there be any surprises at the concert, which also features Broadway’s Tom Wopat and jazz vocalist Catherine Russell? “One of the things that I love about having this opportunity to work with the Pasadena Pops is presenting music and orchestrations that are rarely or never heard. We will begin with the overture to the Warner Bros film Rhapsody in Blue that Ray Heindorf did and wasn’t used,” Feinstein says. “It will be played live for the first time in Los Angeles. I’ll be featuring two arrangements by Conrad Salinger from Funny Face, and I’ll be playing a little piece I found in the late ’70s called Japanese, which will be fun in contrast to the other warhorses.

Given his mystical relationship with this music, what would Feinstein ask if he could actually talk to George Gershwin? “It wouldn’t be asking a question. It would be observing him, getting a sense of him and his everyday life. I would love to be able to watch him at the piano, observe him compose, watch the process. Certainly the inspiration of George came from a divine place. He recognized that it was coming through him—he was a vessel. Ira always recognized that about his brother. Therefore it stirred Ira to create words as elevated as George’s music.”