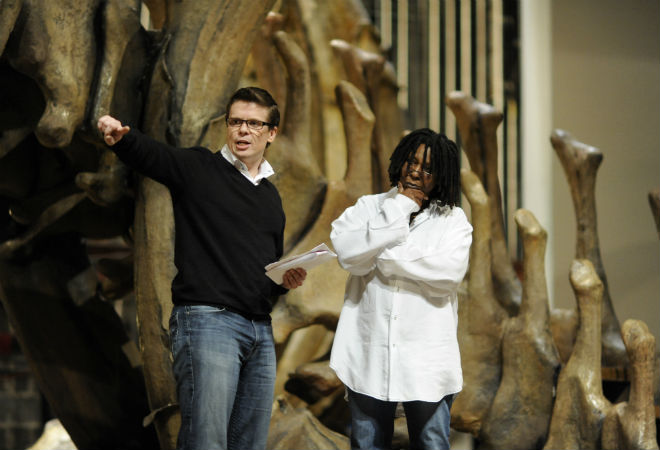 The headlines screamed the news: “The Lion King becomes the first billion dollar musical!” “The Lion King becomes the fourth longest-running musical in Broadway history.” For the show to set those kind of records, someone has to oversee the productions and make sure they meet the exacting standards set by director Julie Taymor when the Disney musical first opened in 1997. That person is associate director John Stefaniuk who considers the production currently at the Pantages Theatre to be one of his babies.

With songs by Elton John and Tim Rice and based on the animated film of the same name, The Lion King tells the story of a lion cub who must grow up fast after the death of his father. Taymor’s vision incorporated puppets, masks, costumes, dance numbers, and music in a groundbreaking—and award-winning—manner. Keeping all those wheels in motion is Stefaniuk’s responsibility. It has taken him from Broadway and throughout the United States to Paris, the United Kingdom, Singapore, Taipei, Sao Paulo and South Africa.

“When I took over as associate director, it was like getting keys to the kingdom, so vast and so beautiful. But you don’t want it to fall apart under your watch,” he says during a photo shoot for the show’s Sydney opening. “I’ve tried to maintain integrity while allowing each production to have a voice of its own. It’s helped to maintain its longevity. It’s not a museum piece that we did once and everyone is told to do it exactly was it was before. The Lion King can still breathe and change and grow.”

Taymor, who has directed four films (including Across the Universe, Frida) and rather famously the disastrous Broadway musical Spiderman: Turn Off the Dark, still has a hand in TLK after 16 years. “Julie is very involved. I still see her passion all these years. She doesn’t take it for granted. What I’ve discovered when I’m working with Julie in the rehearsal room is she wants to feel what she felt on opening night,” Stefaniuk says.

How does he recreate that opening night feeling year after year, production after production? “The key is making sure the company remains inspired. Whenever it becomes a factory job or a money job, you lose the heart. The heart is most important to me. I’ll see other long-running shows and it’s like going back to an old friend when they’ve been kicked. I don’t ever want to see that happen to TLK.”

Stefaniuk has lost track of how many times he’s seen the show. “I have no idea at all,” he says. “I saw it in previews when it first opened. I happened to wander up to the box office 20 minutes before curtain and got a house seat. It was tough to think I’d be part of the show and it would be a big pat of my life.” While saying he might leave if it all got to be too much, that day has yet to come. “Yesterday we had a dress rehearsal here in Sydney. The make-up artist was sitting with me and we were both crying. We’re still moved by this piece.  If it moves me, it will move the audience. That’s what I strive to do each day.”