Home Theater Curtain Call: Jane Monheit Goes Over the Rainbow With the Songs of... 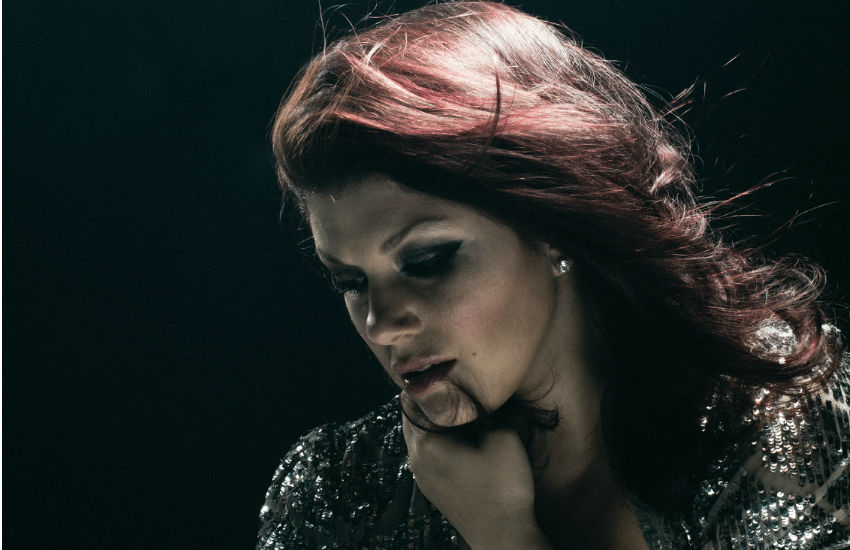 Everyone from female impersonators to pop stars has tackled the songs of the legendary Judy Garland. So if you’re going to do a full show of songs she performed, you have to put your own stamp on it. Which is exactly what jazz singer Jane Monheit plans to do in appearances at the Valley Performing Arts Center this weekend and the Samueli Theatre at Segerstrom Center for the Arts next month with her show Hello Bluebird.

“I think the real key is choosing the right songs,” Monheit says. “If you choose songs that have a lot of meaning for you that you really love, I think that is what’s going to make it your own. I chose not to go for some of the ones that were super show tuney. I’m doing more of the jazz repertoire with the exception of “Johnny One Note.” I’ve loved it since I was a little kid.”

Monheit, was a finalist in the 1998 Thelonious Monk Institute’s vocal competition. Her first album, Never Never Land was released in 2000. Her most recent release is 2013’s The Heart of the Matter. She recently tweeted that she’d recorded three albums in a week and a half.

“One of those was the Judy Show Live at [New York Jazz Club] Birdland,” she explains. “I have no idea when that is going to come out and be finished. We haven’t mixed it yet. I was a guest of David Benoit on a regular album and a Christmas album, so I did a lot of singing. It was cool. I like working hard.”

She explains her decision to focus on Garland’s happy side. “We feel so much with her music, we want to bear witness to her sadness. It’s human nature to be interested in that sort of thing. I just thought it would be interesting to focus on the happy side because there was so much happiness and joy from her music and it hadn’t really been done.”

Monheit, who grew up in New York, had the same experience a lot of us did in terms of exposure to Garland: The Wizard of Oz. “She was my first hero,” Monheit exclaims. “‘Over the Rainbow’ was the first song I ever learned. So I have to sing it. That song is for everyone for always. Every singer gets to have their version of it.”

Does Monheit feel there is anyone today who can have the kind of lasting impact that Garland did? “I don’t know,” she says. “It was a different time. There are so many artists in the marketplace now that it’s rare that we see these true icons shine through. We have yet to see who will have that kind of impact. I don’t think it’s something you can tell while it’s happening.”

For now, Monheit is thrilled to be singing Garland’s music. “I think it’s really clear that she loved jazz. We don’t see a ton of that in her movies. If you look at her recording career and music she loved in personal life, she really loved jazz. There was no one more gifted than her at getting the full range out of a song. The jazz singers had their way, but Judy did it in a way that was completely singular. She’s an American icon.”