Home Theater Curtain Call: Hercules vs. Vampires is an Opera? 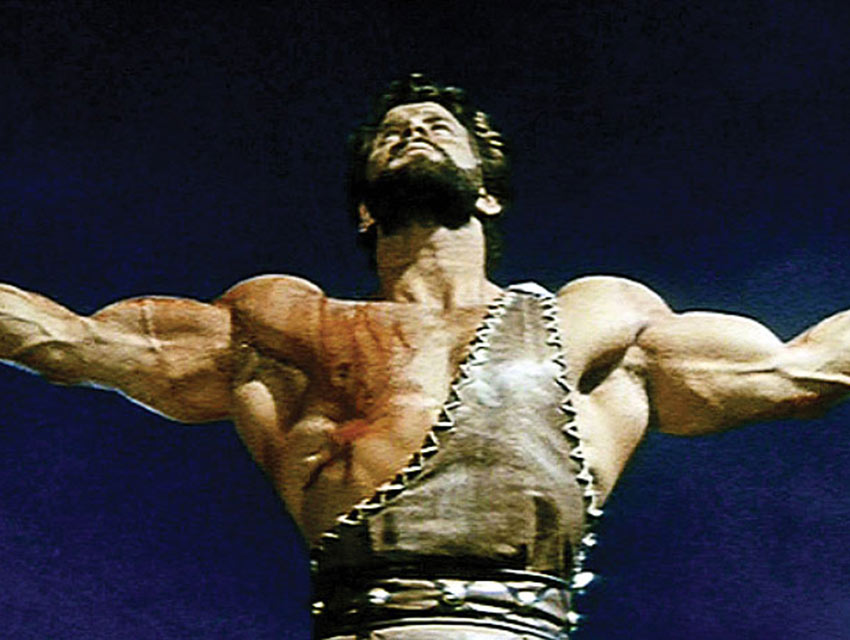 If you look at the upcoming opera Hercules vs. Vampires, you might be inclined to think of the use of Pink Floyd’s Dark Side of the Moon as the “soundtrack” for the first half of The Wizard of Oz. Composer Patrick Morganelli has written an opera to accompany Mario Bava’s 1961 sword and sandals film. The dialogue, score and audio tracks have all been replaced with his work. LA Opera’s production begins performances this week at the Dorothy Chandler Pavilion.

“It’s funny you mention the Pink Floyd album,” Morganelli says. “You are the second person who has mentioned that connection to me. I actually did not think of the idea. I was commissioned to write the work by Opera Theatre Oregon in Portland. They had found this film, Hercules and the Haunted World. That sounded operatic and I said, ‘we should do that.’ I’m such a big fan of Mario Bava. I sent [a sample] in and I was lucky enough they picked me.”

Hercules, which wasn’t released in the US until 1964, tells the story of Hercules (Reg Park) who travels to Hades to get a magic stone that will secure his love’s freedom from dark powers.

“As a kid I remember seeing some of Bava’s movies that had this quality to them,” Morganelli reveals. “Even when they were scary, I couldn’t look away from the screen. But also the thing I admire about his work is that it is so visually compelling. Hercules was a very low budget picture and yet you look at it now, if you see it in the digitally restored version which we’re going to use, it looks amazing.”

Morganelli, who has scored numerous films (The Night Watchmen, The Haunting of Pearson Place), says writing opera set to the rhythm of Bava’s film was an enormous challenge. “From a technical perspective it was the most difficult work I’ve ever had to do,” Morganelli offers. “I was so naïve, I thought this is only 74 minutes long. That can’t be too much of a problem. I was completely wrong about that. Above and beyond the normal considerations of getting the musical concept to conform to the architecture of the scene, I had to think about getting the vocal lines to, in some fashion, synchronize with the actors on the screen. Coming up with something that made both dramatic and musical sense as an opera was very very difficult.”

One has to wonder, however, if there’s something campy about the combination of the high-art of opera and this particular film. “That’s an interesting question because the answer has everything to do with specifics. With Hercules, so much of the movie looks fantastic and then you have things like Procrustes the rock monster, which is a guy in a foam suit that is supposed to be this scary creature. We look at it from the sensibilities of 2015 and say ‘you gotta be kidding.’ It seems charming to me. It doesn’t seem ridiculous. I believe that when Bava was making that film he genuinely was trying to make the best film he could within the constraints of the budget and the technical limitations of time.”

But would he do it again? “It depends on the actual film because there are films that we all love, but that doesn’t mean that they’d lend themselves to this kind of treatment. There are other films that are completely impossible. Wouldn’t it be great to do this with Star Wars? Whether it would be great or terrible, I’m sure Disney would have a vote on that. All things being equal, if it was the right project by the right opera company and they really get this and they are going to give me what I’d need to do this, I could probably do it again.”