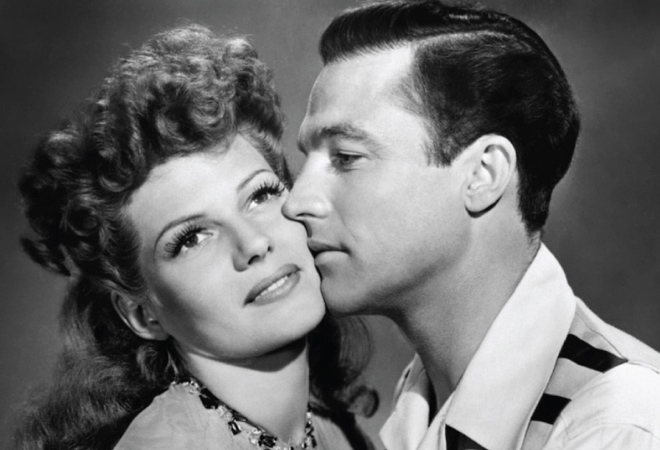 Hugh Jackman describes the man as “everything I would ever have dreamed of being and then some.” Justin Timberlake has called him “pure magic and graceful beyond compare.” Gene Kelly may be the most beloved actor, director, choreographer, and dancer of all time. From Singin’ in the Rain to An American in Paris to Inherit the Wind, he starred in some of the greatest movies of all time. So it may be a surprise to learn that Patricia Ward Kelly didn’t know who her future husband was when they first met. It happened in 1985 at the Smithsonian. She was 26 and he was 73. Five years later they married, a union that lasted until his death in 1996.

With her show Gene Kelly: The Legacy which she’s performing Saturday evening and Sunday afternoon at the Pasadena Playhouse, she’s not only adding to her famous husband’s legacy, she’s creating her own. For Gene Kelly neophytes, the show features classic moments from his many films. For those who do know his work, the show offers insights about his work and clarifies some misconceptions.

“It was Gene’s centenary in 2012 and I knew that a lot of people would be celebrating him around the world,” she says over lunch. “So I decided to create something that represented how he wished to be remembered: as a creator more than a performer and the man who choreographed much of what he did.”

These were Gene Kelly’s legitimate concerns? “I think it bothered him that he was left off lists of choreographers and directors and is often not listed as a director for some very important films like Singin’ in the Rain. A lot of the participants have various stories, and they are quite enchanting, but they have no bearing on the facts.”

The first performance of Gene Kelly: The Legacy took place at the Academy of Motion Pictures Arts and Sciences in May of 2012. Since then the show has evolved. “It has become more personal. I initially didn’t inject a lot of myself, but I’ve been injecting more of our relationship and what that revealed about Gene. It’s really satisfying. He’s been dead for 18 years, but he still is inspiring people around the world.”

The show grew out of her daily interviews with her husband, which Kelly intends to use for a book of Gene’s memoirs. Those memoirs were the reason he first asked her to come to Los Angeles. Only later did the romance begin. “I called it ‘Mr. Toad’s Wild Ride’ because I was working so hard. I started with a blank slate but as our relationship evolved, I grew stronger and more confident and I began to challenge him. As our relationship grew more intimate, his willingness to divulge the real story became stronger.”

The show features a combination of stories, anecdotes, film clips, and personal items from Kelly’s life. “It was a heady experience, but I never really grasped it at the time. I was married to the guy. At the time I was hanging on for dear life. I remember we went to Paris together for the first time. We weren’t married yet. No one knew we were there at the time. We were crossing one of the plazas in the dark and I heard someone whistling Singin’ in the Rain. That was the moment that I began to understand the magnitude of his fame.”

So if her husband were to be sitting in the audience, what would he think of her show? “He would make sure I was walking properly since I did go to the Gene Kelly School of Walking,” she says with a laugh. “I’ve tried to focus on the things that were particularly salient for him. He said to me, ‘I’d like to be remembered for changing the look of dance on film and if anybody is going to do that, it’s going to be you.’ I hope that he would feel that I had accomplished that.”