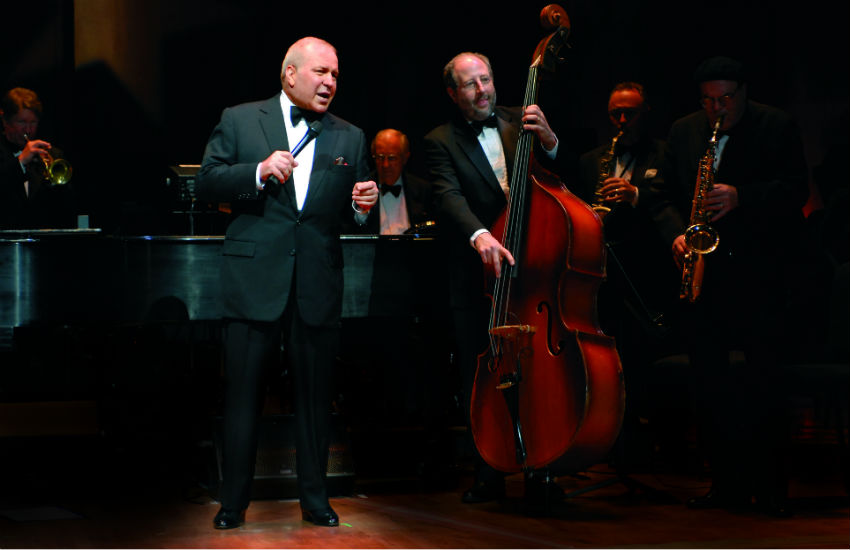 Frank Sinatra Jr. is a man on a mission. As the world plans one celebration after another to acknowledge the 100th anniversary of Frank Sinatra’s birthday (December 12), his son wants people to keep one thing in mind.

“I think it’s a very very nice tribute that in fact is happening,” he says. “But when the legend becomes bigger than the person, you have lost the person. I happen to believe that is a grave mistake.”

In an effort to remind people about who the man was, Sinatra, Jr., has put together Sinatra Sings Sinatra, As I Remember It which he will perform at Segerstrom Hall in Costa Mesa on Saturday. The show will be a mix of photos, videos and songs anchored by Sinatra Jr.’s stories about his father.

“I believe that I have one position that hopefully will draw the audiences to our show,” he offers. “And that is that I was an on-the-site witness and I believe that to be very significant. There is the legend and there is the person. The legend they know. The music they know, which is the backbone of our program. Frank Sinatra was a very red-blooded heart-beating human. This is what has been lost.”

Being a legend means there are legendary stories bandied about like threats from the mafia leading to his Academy Award-winning role in From Here to Eternity. That is just one example of stories that offend Sinatra Jr. “How interesting would it be to read that he got that fantastic break because of an agent, not some outlaw-ish character who was making a break on people,” he asks. “One is much more attention-gathering. It was his agent. That doesn’t make for very good copy.”

He also has little patience with the HBO documentary Sinatra: All or Nothing at All, “Nothing came up in that that was a surprise,” Sinatra says. “Other than the people who were putting it together were looking for as much scandal and controversy as they could through this iconic person. Icon smashing is a bonafide American pastime.”

What ultimately mattered most to Frank Sinatra? The answer comes instantaneously. “Integrity. He practiced what he believed in devoutly. And he did not go with the prevailing winds from somewhere because a new trend started some place. He was never a 51% guy. He went with what he believed in and it cost him some hungry nights. Like everyone else in the worlds there are things that happened he regretted and there’s no denying that.”

Sinatra Jr. seemed so focused on his mission that when asked about emotional moments for him in the show or favorite songs, the answer was a simple “no.” Perhaps the most revealing comment came when asked what his father would think of the show. “I haven’t the slightest idea. I don’t know. I can’t do his thinking for him. I never could.”