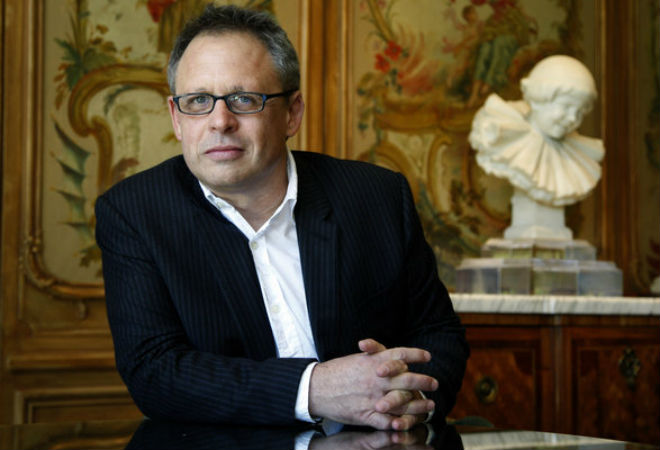 Prior to directing the final two movies in the Twilight saga, Bill Condon was best known for writing the screenplay for the film adaptation of Chicago and for writing and directing the film version of the musical Dreamgirls. Though an ardent fan of Broadway shows, he’d never directed one on stage until now. Side Show, which opens this weekend at the La Jolla Playhouse, is a significantly revised version of the Henry Krieger/Bill Russell musical.

The musical tells the story of Daisy and Violet Hilton, conjoined twins who toured vaudeville and circus sideshows in the 1930s. It first opened in 1997 and closed after only 91 performances. Condon thinks it was due to timing. “It’s like film. What comes out at the same moment,” he says during a break in tech rehearsals. “People said audiences were kind of freaked out by the twins. I don’t think that’s true at all. They were such incredibly identifiable characters. For some people it was hard to make the leap that the two men who were most like us would fall in love with and want to marry and make love to these girls. That’s part of the work we’ve been doing.”

That work began in 2007 as an archeological dig by Condon. “The first part of the process of rethinking the show was for Henry and Bill to send me everything that was ever written for it including earlier versions of songs.” A year later Condon and the creators did a workshop in New York. “The original play was almost entirely sung. This version is about 60% new. We have 12 new songs.”

Among the new material is a scene with escape artist Harry Houdini called “All in the Mind.” “Houdini was obsessed with [the twins] and did try to teach them how to mentally separate. That melody sprang from Henry—as have several others. He is in an incredibly fertile period of his musical life. They all fit into the fabric of what existed before.”

After making several film musicals, what was it about Side Show that inspired Condon? “I think it is a great score. It reminds me, though they are very different animals, of how great a score Candide has and how it has always looked for its proper platform for revisiting,” he says. “Side Show is not an ironic show, which I really love. It is something a lot of people connect to: being different or an outsider and learning to accept that about yourself. That’s a powerful thing to watch.”

How has the experience been so far? “I’m loving it. I don’t know why I waited so long. Total nonstop pleasure. I love making movies but this is a different pleasure. It was something I hoped for and imagined since childhood.”