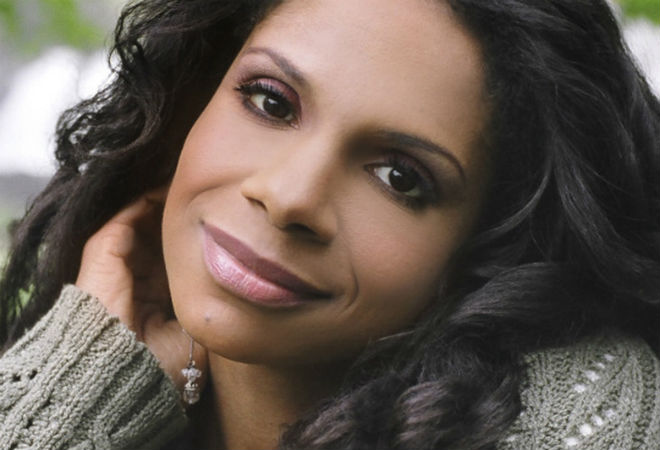 Stephen Sondheim says he prefers actors who sing to singers who act. Five-time Tony Award winner Broadway star Audra McDonald responds, “I’m not what he is looking for. I am a singer who acts. I think that’s because I started singing first.” With three of those Tony Awards for musicals (Carousel, Ragtime, and Porgy and Bess) and two for plays (Master Class and A Raisin in the Sun), she clearly excels at both. On Saturday she will appear in Audra McDonald One Night Only as part of LA Opera’s 2013-14 season.

“I need to know the ‘why’ of a song. What is the goal? What does the singer want? What does the song want? I’m a singer looking for that answer,” she said during a recent phone conversation. What does she look for in a song? “I can’t tell you what it is. It is a visceral reaction that I have. I have it before a song is over. Something in my gut says ‘Yes.’ Just as quickly something will say ‘No.’ It’s nothing about the song; it is about my ability to connect to it as a singer. I can connect to some songs as an audience member but not emotionally as a singer.”

The title of her new album, Go Back Home, comes from a song found in the John Kander and Fred Ebb musical The Scottsboro Boys. “I’m doing a lot more of their songs than I’ve ever done. Why have I stayed away from them for so long? I’m having a ball singing their stuff,” she says. She’d like to do Cabaret, their most famous musical, but doubts it will happen. “I’d love to play Sally Bowles, even though I’m too old and perhaps too black.”

Her most recent roles in Broadway musicals were in two revivals; the last new musical in which McDonald appeared was Marie Christine, a show that closed over 13 years ago. “No one has put a number on it quite like you just did. I don’t think there’s a lack of new musicals. They are being written and produced in tiny workshops in basements and regional theatres. I’m always singing new material and have certainly participated in new workshops, but it has been a while for me.”

In 2007, McDonald worked with LA Opera in a production of Kurt Weill and Bertolt Brecht’s Rise and Fall of the City of Mahagonny. “I had such an incredible time being on stage with Patti LuPone. It’s not often I get to share the stage with her. Anthony Dean Griffey and I had gone to Julliard together and hadn’t seen each other since school. It was very special. I loved how well supported the opera was by the community.”

But back to Sondheim, who was critical of comments made in a New York Times interview about the new production of Porgy and Bess in which she appeared. McDonald says, “I adore him. Every one thinks we’re sworn enemies because of the New York Times thing. I respect his passion and I’ve worked with him since. Anytime he wants me, I’ll be there.”