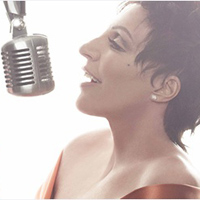 They say that behind every great man is a great woman. Sometimes there’s a great man behind a great woman. But the real magic happens when two great talents collaborate. Case-in-point: Liza Minnelli and Billy Stritch, her friend, accompanist, and music director. The two will perform at Walt Disney Concert Hall on Tuesday. Stritch is also accompanying Linda Lavin at Catalina Bar & Grill on Sunday.

Minnelli, best known for her Academy Award winning performance in Cabaret and for introducing the song “New York, New York” in Martin Scorsese’s movie of the same name, has been in the public eye for most of her life. “We’ve always had a strong collaboration,” Stritch says of his great friend. “I’ve learned a lot from her. It can be an emotional rollercoaster, but even when I’m not sure what’s happening next in the show, it’s an exciting experience. I’ve never known anyone like her.”

Stritch and Liza met in March 1991when he was playing piano at Bobo’s in New York. “It was a big restaurant and I had two nights a week. Every night I would go into work and [the owner] would say ‘You missed Liza. She was just here.’ One night I walk in and I see four ladies dressed in black in the back. I played it cool. I think lots of piano players would launch into “Cabaret” or “New York, New York.” I started playing themes from her dad’s [Vincent Minnelli] movies. I played the theme from The Bad and the Beautiful. All of a sudden I see this figure walking over to me. She sits right next to me on the piano bench. We had this instant connection. There was no formality; we really felt like friends.”

Later that night, after watching Katharine Hepburn troubleshoot some car problems outside the club’s window, Liza asked Stritch to stop by rehearsals for Stepping Out, which was going to play at Radio City Music Hall. “She saw me come in and introduced me to everybody. She’d say ‘What would you do with this song?’ I offered up suggestions. They couldn’t get rid of me. Fred Ebb said, ‘We’re using his ideas. We should put him on the payroll.’ That was my first big job. She and I became inseparable and nothing has changed. It was one of those moments of being in the right place at the right time. It was destiny to hit it off and be collaborators.”

In spite of Liza’s well-documented challenges, Stritch remains an admirer. “She is just so captivating. Liza at 50% is 150% of most performers. She has had her share of injuries and ailments and I hate that. I see that sometimes she’s in pain. That makes you feel helpless. She’s having to rely more on the acting and being in the moment of the singing. That’s a talent she can draw on. It makes every show a little different. It’s a different Liza for a different time in Liza’s life.”

Stritch doesn’t work exclusively with Minnelli. In additional to Lavin, he has also worked with Christine Ebersole and he joins Jim Caruso for the weekly “Cast Party” at Birdland in New York (which may have a regular booking in Los Angeles later this year.) “I thought it’d be interesting to work with Streisand because I’m such a fan. But at the same time I can’t imagine having the kind of closeness with her I have with Liza. I would love to have known Ethel Merman. I have such respect for the old school performers who went out there and gave 100% no matter how they were feeling. But I don’t think there’s anybody out there where I wish I had that gig.”

When asked about the relationship between a music director and an artist, he referenced Rob Bowman’s collaboration with Elaine Stritch (no relation) as shown in Elaine Stritch: Shoot Me. “That movie made me cry, to see someone with their fears and foibles and it’s all out there. I saw a lot of me and Liza in there. She knows that for 90 minutes she’s going to be safe and supported.  That’s a very gratifying collaboration. Ultimately when you are on the stage, it doesn’t matter how many people put it together. We have a band, but I’m driving the thing. They’re looking to me. It comes down to Liza. It’s just the two of us.”