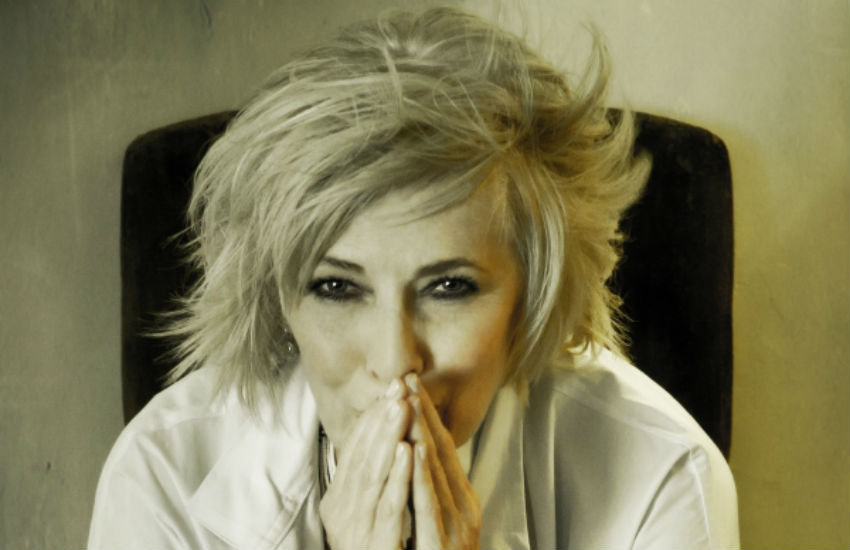 “I’ve known T Bone since we grew up together in Fort Worth Texas,” says singer and actress Betty Buckley in a room at the Wallis Annenberg Center for the Performing Arts where she will be performing on Saturday. Her new album Ghostlight was produced by legendary musician T Bone Burnett, whom Buckley has worked with before. “He had his own recording studio from the time he was 17. I’d been singing with this jazz trio around town at this club called Casa del Sol. [Our mothers] decided we needed an archive of ‘Betty Lynn’ singing. T Bone produced the first recording of my voice when I was 19.”

That recording wasn’t released until 2007. Long after the 67-year-old Buckley had made a name for herself by playing the role of Grizabella in Cats on Broadway (and winning a Tony Award), appearing in such films as Tender Mercies and on television in Eight Is Enough and most recently in HBO’s Getting On. T Bone Burnett produced The Union which brought together Elton John and Leon Russell and multiple Elvis Costello recordings along with the soundtracks for O, Brother Where Art Thou? and Walk the Line.

Ghostlight, the result of Buckley and Burnett’s reunion, features a mix of songs from the stage, songs from jazz vocalists and others from singer-songwriters. “Ghostlight really speaks to the soul of who I am,” she says. “I’ve always been an artist who takes my material from this very eclectic collection of songs, but what they have in common is that they are articulate stories about love and relationships and life and family. This album is not easily categorized. Our culture is very categorical. We’re constantly pressured to think in a competitive and comparative reality. All of it is made up. People don’t really compare. Music doesn’t really compare. Good music is good music. And good stories are good stories.”

Because she’s known for songs like “Memory” from Cats and “As If We Never Said Goodbye” from Sunset Boulevard, how does she reconcile the very intimate and plaintive approach to the music on Ghostlight with an audience’s desire to hear the big Broadway tunes? She sighs rather strongly before answering. “I ask myself the same question. Certain songs that I really loved in my early 30s, I can’t sing anymore. It’s not that I can’t sing them, it’s that I don’t feel them. The emotional experience of a woman at my age now is very different than a woman in her early 30s. You change as you grow older in such a good way. It’s really a good thing. I wish our culture knew that. When you are older certain pressures of your youth have fallen away and you just want to share that. That’s what Ghostlight is about.”

Being so closely identified with that particular songs and roles is certainly not a burden for Buckley. “I just feel like everything I’ve ever done was a gift. I tell my students you have to keep studying, which is what I do. I still work with my teacher and I still practice all the time. You keep making yourself ready for the next opportunity. At each point of sincere readiness it appears to me that the opportunity comes. Life will meet your dreams, but be very careful what your dream is. Life will support you to learn the expertise, but it might take a while. It took me a long time and I’m still learning.”