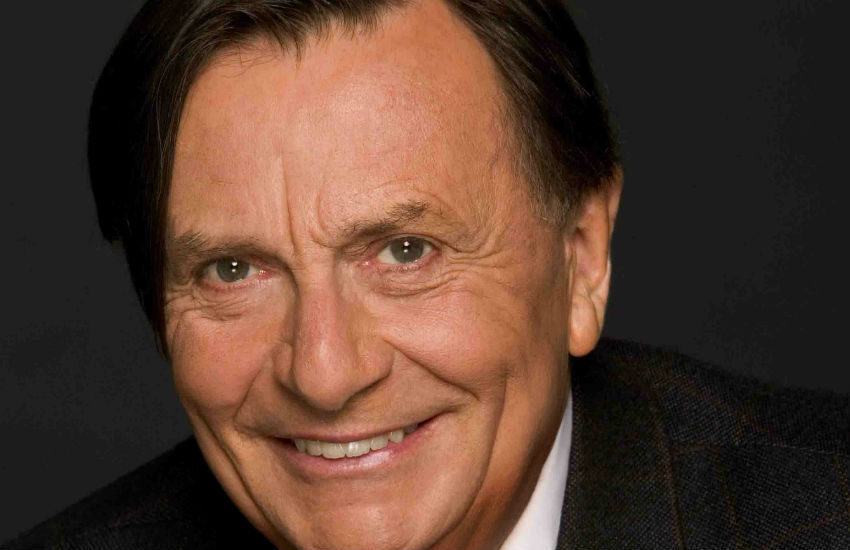 Last week, Dame Edna told us some positively awful things about her “manager” Barry Humphries. With Dame Edna’s Glorious Goodbye opening tonight at the Ahmanson Theatre, it seemed only fair to get Humphries side of the story.

“She’s accused me of all sorts of terrible things,” Humphries says by phone refuting Dame Edna’s allegations of embezzlement. “I would strenuously deny that, but Edna pretends to have no interest whatsoever in money. She claims that the fact that she’s quite comfortable off gives her an appeal to an audience. She’s seen so many stars who are quite needy. There is a singer who is desperately needy for an audience, Liza Minnelli I think it is. It started quite recently to Edna. Young hairdressers screaming wildly, ‘We love you Edna,’ to which she invariably replies, ‘I’m afraid I don’t love you, but if I knew you better, I might quite like you.’”

Humphries first created Dame Edna in the mid-fifties. “I’ve been with this creature since December 13, 1955,” he says. “That’s a long time.” And then he begins to explain the Final Farewell Tour. “I won’t be touring on stage. I have had a great time on the road, but I can’t go on touring. I can’t go on looking for telephones, occasionally getting up in the night and trying to find the bathroom in a strange apartment. All of this is fun, but it’s tiring. I do other things. This Dame Edna thing is just one thing that I do.”

For years Humphries was content to stay in the shadow of his most famous creation, but with Dame Edna: My First Last Tour, which played at the Ahmanson in 2008-09, he appeared on stage to conclude the show. “I still emerge at the end of the show and I rather enjoy doing that,” he reveals. “The vulnerability and sensitivity with which I thank the audience, but I do thank them. I’m very grateful to the American theatergoers for enjoying what I do. Stephen Sondheim said ‘it’s not a one-man show, it’s a play.’ Perhaps it is sort of a play because it takes so many forms. It can be a telephone conversation or a sermon or a State of the Union. God help me if the audience leapt to their feet as often as they do for the President.”

As for his plans once this tour is over? “Well, I’ve got a couple of books I’m doing. One is a novel. I’ve got a family of course. I want to stay in one place for a little while. As you grow older, I’m not in the November of my life, I begin to think ‘what haven’t I done? What haven’t I read? Where haven’t I been?’ I have to go on making a living. My hat is on the table. I’m only too happy to have you throw a dollar in it. I hope you won’t see me [busking] in the subways in New York. For now, it’s very nice to be in this town and think about its history when Thomas Mann and Stravinsky where here. Such a place for exiled artists. I guess that’s what I am: an exiled artiste.”