Home Film Curtain Call: Back To The Future is Coming to the Hollywood Bowl 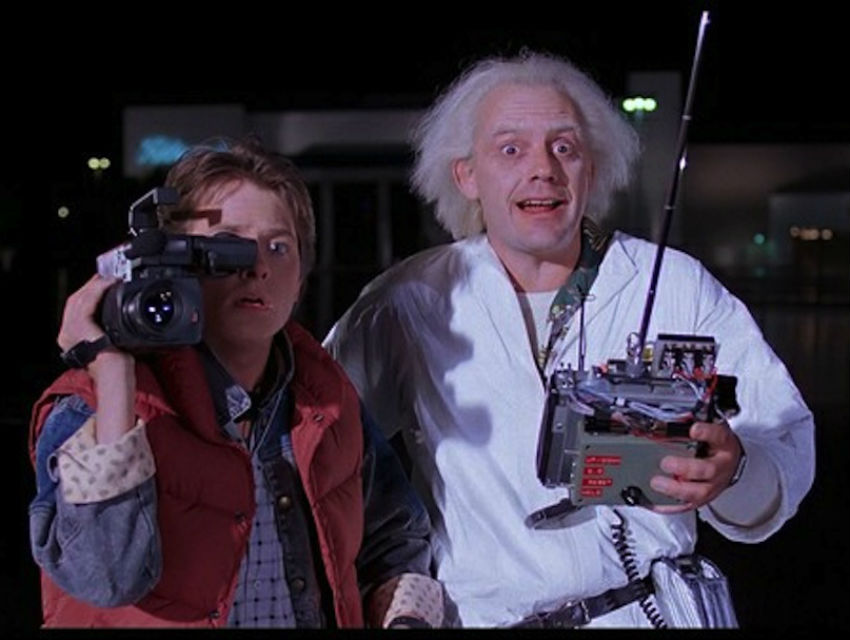 Amongst the top grossing movies of 1985 were The Color Purple, Witness, Cocoon, Rambo: First Blood Part II, and Out of Africa. Far ahead of the pack was Back to the Future, starring Michael J. Fox, Christopher Lloyd, and Lea Thompson. To celebrate the 30 year anniversary of its release, Back to the Future will be shown at the Hollywood Bowl on Tuesday, June 30th. Not only will members of the cast and creative team be there to introduce the film, Alan Silvestri’s original score will be performed live by the Los Angeles Philharmonic under the direction of David Newman.

Newman, part of the Newman family of film composers that includes father Alfred, brother Thomas, and cousin Randy, began his career as a professional violinist. “I played in a lot of movies,” he says. “Even before composing, conducting was my passion. I approach it completely different from composing, even when I conduct my own music. You have to look at it as a conductor, not as a composer.”

In a typical scoring session the orchestra has the ability to go back and re-do pieces, and they never play the entire score live. “There’s a certain kind of tightrope circus atmosphere to this,” Newman reveals. “For this live music stuff there’s the challenge of synchronizing. You need to sync music with film in real time, you can’t go back and fix stuff, but you need to make music. There are challenges with balance because film music is meant to be recorded. You’d think with being live, music is more important. But I look at it as the conductor is responsible for things of equal importance.”

“Back to the Future has a lot of picture cuts with music hits in a lot of places in different ways,” Newman says. “It’s like a ticking clock. The music perfectly fits the metaphor and double entendre of the title: clockwork and precision and chasing a lightning bolt to get Marty back to the future.”

When the creative team behind the event revisited the film, they realized something was missing for a live event. “There was very little music in the first three reels,” Newman acknowledges. “There’s no cue at the beginning of the movie as the clock is ticking. We all agreed that to start a live music event with nobody playing music for 30 minutes wasn’t a good idea. Alan [Silvestri] talked to [director] Robert Zemeckis, and they went back to spot the movie. There’s an overture before the movie and there’s an entre’act before act 2 starts. The movie needs to be broken up into act 1 and act 2 due to union rules. I think Alan mostly used music from the series.”

Later in the Bowl season, Newman will be back to conduct a performance of E.T.: The Extra-Terrestrial with a live orchestra. “I played violin on the E.T. score. I was there at the beginning. I had the privilege of playing and watching [composer] John Williams put that together. It was an amazing experience. From the first note there is something about the convergence of the John Williams’ style and Spielberg’s movie-making that’s so skillful. John Williams’ melody and orchestration, there’s nothing like it.”

Newman has scored such films as Anastasia, Honeymoon in Vegas, and The War of the Roses. If he could select one of his own scores to be presented this way at the Bowl, which would he choose? “I might choose Ice Age, or I might choose Matilda, which I did with Danny DeVito, because I love that movie. Or Galaxy Quest might be a good live film. But there’s a lot that goes into it. These are expensive to produce. You have to make sure that orchestras would want to play them. There are certain titles like Back to the Future and E.T., which are obvious choices. Others you have to choose carefully. All things being equal, I’d choose those. I think they would work well live.”