Home Music Curtain Call: For Angélique Kidjo, Heaven is Being on Stage 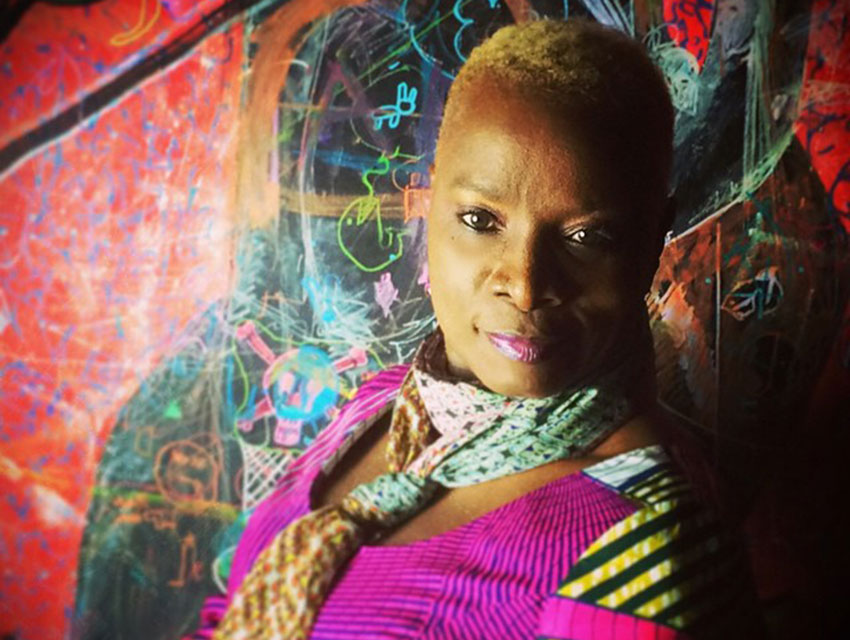 When Angélique Kidjo takes to the Valley Performing Arts Center stage on Friday night, her singular combination of African music and contemporary jazz will have audiences dancing in the aisles (or perhaps on stage if she pulls you up). Beyond supporting Eve, her most recent recording, Kidjo has a few other things in store.

“If there is no joy, there is no message,” she says via Skype from Paris. “If you start making people feel, ‘Oh, this world is so complicated and blah blah blah,’ just give them a gun, it’s going to be faster. The very powerful stuff I’ve learned from the traditional musicians in my country is it doesn’t matter how strong or how powerful your story is. Make people dance on it. Let them take the lead in their own lives and decide where they want to go with that message and lead themselves.”

Born in Benin in West Africa, Kidjo began her recording career in 1981 with Pretty. Eight years later she signed with Island Records and released a series of albums including Aye and Fifa. She has recorded with some of the biggest names in the music industry: Peter Gabriel, Carlos Santana, Bono, and Philip Glass, among others. In 2008 she won a Grammy Award for Best Contemporary World Music Album for Djin Djin. Kidjo also serves as a goodwill ambassador for UNICEF and advocates for widespread vaccination in Africa.

In the midst of all that, Kidjo recently released her autobiography, Spirit Rising: My Life, My Music. “It’s about empowering people to see their own potential,” she says. “To tell the story of my journey because here I am growing up in a family in which one member is the only one that has a paycheck–my father. Which raised ten children and sent ten children to school. And not once did they make me feel that I wasn’t worth anything. That if I dream, the dream I’m dreaming is way beyond my capacity. We need the young kids of today and people in general to go in and tap their own resources.”

Eve is named after her mother and is a celebration of women worldwide. “We have poor people all over the world. We have free people all over the world. But women all over have the same agenda: How do we keep our family together? How do we feed our children? How do we send them to school? I want people to see this beauty. The beauty I’m talking about is the resilience of African women. You can draw a parallel with women even in rich countries. We’re still talking about equal pay in America in the 21st century. Thinking that women’s brains deserve less pay than men’s brains. You multiply that by the realities of the African countries and then you see really what I’m talking about.”

Dozens of women join Kidjo to tell these stories on Eve, but it was economically unfeasible for her to tour with such a large group. Kidjo sees that as a blessing not a hindrance. “We cannot find solutions to women’s problems without men being part of the solution. So for me, the answer to those women on the album is to have my male musicians sing what they sung. Put the words of those women in the mouths of the men and let them be part of the process of finding solutions together.”

While Kidjo might find the world a challenging place, she thrives on stage. “When I’m on stage, I’m in heaven,” she says with a laugh. “If heaven does exist, I want it to be like a stage where we have fun together and we sweat together and we dance together. Every music deserves to be heard and every truth of the music deserves to be heard. Expose people to that diversity of music that is part of the human family. Let the power of the music lead your feet. As my mother said, ‘As long as you have a heartbeat, you have rhythm.’”