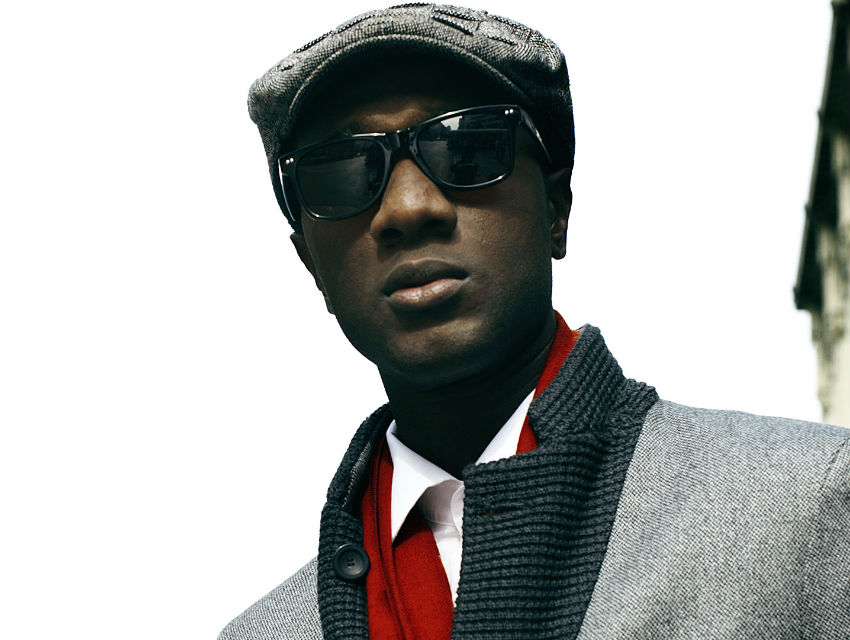 It seems that every story about singer/songwriter Aloe Blacc begins with “you may not know his name, but….” The best follow-up to that is “but you should.” Last year he released the album Lift Your Spirit. He also appeared at the Hollywood Bowl at last summer’s tribute to James Brown. Little did he know that from that appearance would come an invitation to be a part of this year’s Playboy Jazz Festival. Blacc will be appearing Saturday, the first day of the festival at the Bowl.

“It’s definitely an achievement,” Blacc says. “It’s something I’ve aspired to as a musician and an artist in Los Angeles. The Hollywood Bowl is one of those achievements in your career where you feel like you’ve reached a certain point where you are worthy to take the stage at the venue. It’s great to be a part of it.”

If you’ve heard the song “Wake Me Up” (and who hasn’t at this point?), you’ve heard both his songwriting and his singing. You might also know “I Need a Dollar.” In 1995, Blacc formed the group Emanon (taking the name from a Dizzy Gillespie song of the same name that when spelled backwards is “No Name.”) Life Your Spirit is his third album as a solo artist and yielded the song “The Man.” Blacc, who grew up in Laguna Hills and went to USC, studied the trumpet as a kid.

“I never thought I would be involved in jazz as a career,” he reveals. “I never thought I’d be involved in music as a career. I enjoyed the jazz classes and enjoyed listening to the music. I let the trumpet go for a fonder affinity for hip-hop music, but I still enjoy the occasional jazz realm of sampling and studying basically all the older music.”

It’s easy to see an overlap between jazz and hip-hop. A quick search would reveal that another of this year’s Playboy Jazz Festival participants, Herbie Hancock, has had his music sampled by hip-hop artists over 600 times. That doesn’t surprise Blacc.

“Especially from the early part of sampling and when vinyl was part of the fabric of hip-hop music,” he says. “ I think a lot of my education about jazz came from my affinity for hip-hop and the search for great jazz samples. Herbie Hancock’s involvement in hip-hop is quite notable as well. There are some compositions of his in the ‘80s, in the early part of the hip-hop era, that were bordering on the genre.”

When asked if he will be making significant alterations to his set list for the festival, Blacc says, “Not really. I’ve been thinking about doing that recently, but I haven’t gotten around to it. I just play the songs I feel good about playing on stage. I don’t go to the slow and ballad-y songs in my catalogue. I keep it energetic with audience call and response. That’s the way I’ve been trained through hip-hop and it’s translated to my singing career.”

Blacc, who is also playing at the Montreux Jazz Festival this summer, credits taking risks with motivating his career and leading him to the Playboy Jazz Festival. “What got me here is being open to all kinds of change and taking the risk of stepping out of my comfort zone and performing as a vocalist when I hadn’t had any formal training or expectations of being a vocalist. All of these moments of taking the risk of failure have ultimately led me to something positive. It’s kind of a hallmark of later jazz mentality–there is no wrong way to do it.”