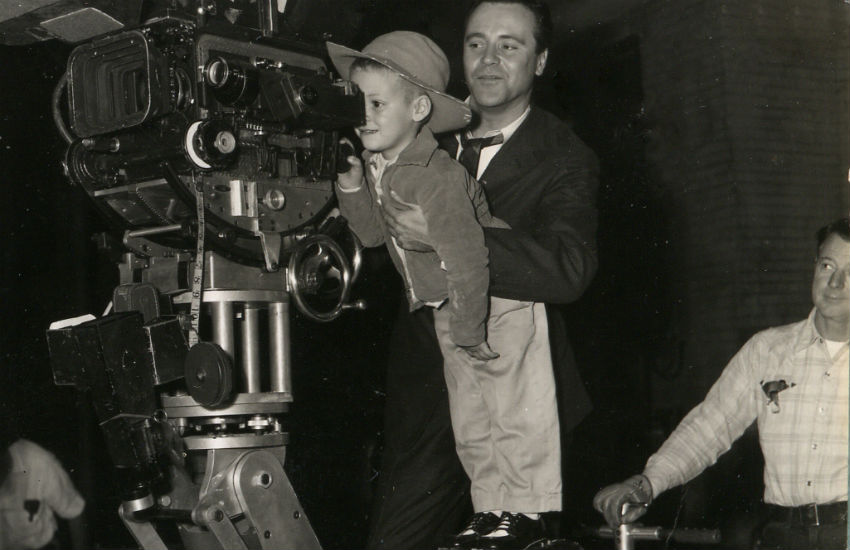 If you wanted to hear how awful some of Hollywood’s greatest talent has been you can find books filled with wire coat hangers (Joan Crawford) and belt whippings that drew blood (Bing Crosby). Don’t expect any such scandalous revelations when actor Chris Lemmon begins his run in Jack Lemmon Returns at The Edye at The Broad Stage on Friday.

“It’s a very tragic father and son story that is unique in that it was about one of the most beloved actors on the face of the earth,” says Lemmon. “But also a very universal story you find across all social and racial spectrums. It just happens to be couched in the lore of the Golden Age of Hollywood.”

The younger Lemmon previously tackled the story of his relationship with his father in his book A Twist of Lemmon, first published in 2006. “I didn’t have the career that Jack Lemmon had. I’ve done a few good things,” Lemmon says. “There was never one moment where I could sit back and go ‘I did that.’ I felt that way about the book and the reactions I got. Because of that I wanted to do something more with that. Due to the narrative being the way that it is in the book, it’s really not built for a teleplay or a feature film. What do I do? Why don’t I do a one-man performance?”

While performing at the Friar’s Club in New York, Lemmon was approached by Hershey Felder (best known for his one-man shows on George Gershwin, Irving Berlin and Leonard Bernstein). “He said, ‘I know what needs to be done to take it to the next step.’ We tried keeping the same narrative [from the book] and that’s when both of us said, ‘Jack has to tell the story.’ You need to see Jack go up and chew up the furniture. That’s when the floodgates opened and we knew we got it.”

Which means Jack Lemmon Returns is not just a son telling his stories. Lemmon explains: “I don’t imitate my father, I channel him. For 90 minutes every day I get to be with my father. It’s so wonderful, I can’t even describe it to you. This is no tribute. We talk about [his] demons. I would not be a responsible storyteller if I didn’t. He handled his demons with such class and honesty that it really ends up being very dignified. The way he handled his alcoholism publicly was in a very dignified manner.”

Though Lemmon has performed the show in Chicago and Laguna Beach, he considers this opening in his father’s backyard his real opening night. “It has this wonderful feeling of, I’ve come home. I’ve come full circle. I’m really incredibly excited. I really want it to succeed because I believe it’s a story that deserves to be told. Nobody gives a shit about Jack Lemmon anymore. I want to keep this incredible man’s memory alive.”

If you want a simple way of summing up Jack Lemmon, perhaps it can be found on his tombstone at Westwood Memorial Park. It simply says, “Jack Lemmon In.”

“It really is the central message of pop,” Lemmon says. “It sums up who he was. Give them the laughter and give them the tears. If you can do that, you’re really an artist. I couldn’t be more proud to be his son.”