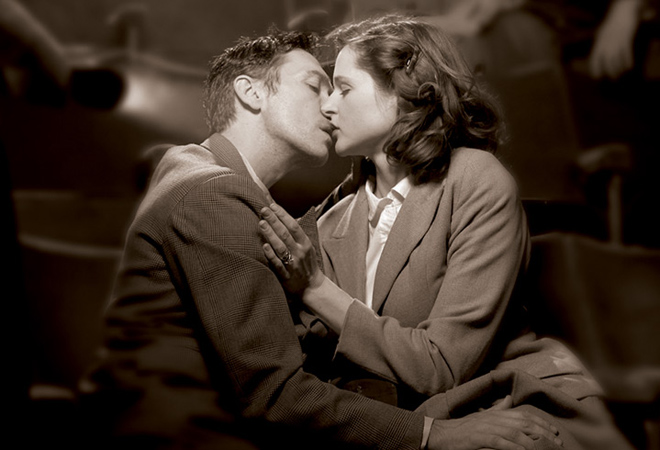 As gifted as he was, David Lean, the director of Lawrence of Arabia, The Bridge on the River Kwai, and Dr. Zhivago, relied on collaborators. One of them was Noël Coward, who had written a one-act play called Still Life. In 1945, Lean turned it into the feature film Brief Encounter starring Celia Johnson as a married woman who is tempted to have an affair with a man she meets in a train station. Lean’s movie has now inspired writer and director Emma Rice to return this classic story to the stage. It opens tonight at the Wallis Annenberg Center for the Performing Arts in Beverly Hills.

How much of the show comes from the original play and how much comes from the film? “It’s hard to quantify now that it’s so become itself,” Rice says. “It’s almost exactly 50/50.  I have the rights to the screenplay and the play, not the film. Those have become completely intertwined. The play takes place only in the café. We got out to the boat and the grounds, but it has become a thing of its own.”

Yet the film did inspire Rice’s direction. “I thought I’ll reference the film and I’ll make it as theatrical as I can. It was really playful. The first idea was what if they jump through the screen. I won’t give away all the treats, but that’s was one of the things we played with,” she says.

In other interviews Rice has discussed having “an itch” to do something, yet the genesis of this project was a little different. She was in a meeting being pitched a project she ultimately passed on when she saw a DVD of Brief Encounter. “I couldn’t stop thinking about it. I hadn’t seen the film for years. I couldn’t remember when I last saw it. This was very deep. Why on earth would I think about this now? What was it that seated in my psyche? If it had been a bad idea, I wouldn’t have thought about it. But it was perfect and revealed itself to be resonant.”

Fans of the movie know that music, in particular Rachmaninoff’s Piano Concerto No. 2, plays a major role in Brief Encounter. Rice is keenly aware of the importance of that composition. “It would be a crime not to use it. It’s used in several ways that you might not expect. The music does a very emotional job all the way. We have a live band on stage and the music underscores the desire to be free, to jump into the sea, to change one’s life. What I added was Noël Coward’s poetry and a musical underbelly that really lives differently in this world than it does in the film. He wrote some of the funniest and dirtiest and truest songs. I wanted to have this contemporary eye on it, so I took some of his poetry and set it to music by Stu Barker. That gives it a contemporary view.”

In the end Rice feels there’s a distinct difference between seeing the film and seeing this play. “I’m passionate about theater because a good piece of theater lives in the gap between what’s on stage and the audience, in the imagination. You can’t do that in film. You can walk out of a film and what you see is what you get. I found it great fun to play with.”