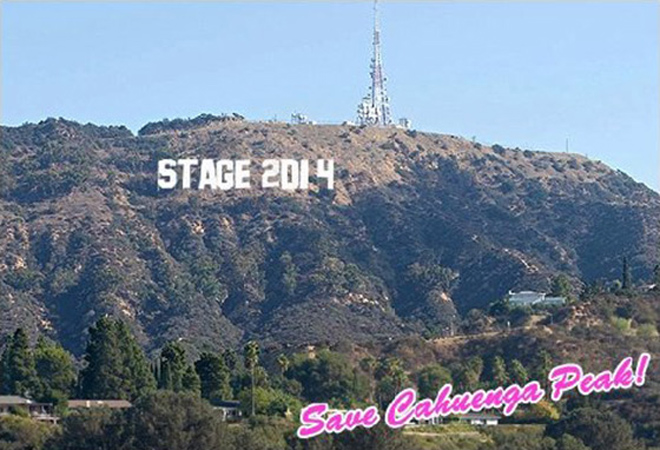 The artistic response to the AIDS crisis in the early to mid-1980s manifested itself in multiple ways. Playwright Larry Kramer instigated the formation of Act Up in New York in 1983. Two years later his play, The Normal Heart (HBO’s film version airs later this month), had its first performance. Between those years and on the other coast, journalist David Galligan had another idea. The concept, co-created with Michael Kearns and James Carroll Pickett, was to produce a concert that would raise awareness of the disease and money that would lead to its cure. This Saturday that brainchild, S.T.A.G.E., will hold its 30th anniversary concert.

“I knew that there was trouble, but we really didn’t have any idea what was in store for us with that disease,” says Galligan during a break in rehearsals. “It was monumental. It was not something that you even had time to think about. It was an onslaught. First it was about somebody who knew somebody. Then, within months, it was right there at your elbow.”

Previous benefits hosted by S.T.A.G.E. (an acronym for Southland Theatre Artists Goodwill Event) have celebrated the music of such composers as Leonard Bernstein, Stephen Sondheim, the Gershwins, Kander & Ebb, and Cole Porter. This year’s theme is music from the movies, and it features a cast that includes Betty Buckley, Helen Reddy, Mitzi Gaynor, Richard Chamberlain, and Mary Wilson of The Supremes, among two-dozen additional artists.

Galligan aims to seamlessly integrate film with live performance for the show. “For instance, the opening will be a curtain and the sound of a projector. On the screen you’ll see Gloria Swanson making her entrance onto the Paramount lot [in Sunset Boulevard]. Hawkeye, who is up in the rafters, says ‘Is that you Ms. Desmond?’ and he puts the spotlight on her. Our spotlight will come up on Betty Buckley. It’s using film to stage and back again. It’s going into the movies.”

30 years on, what challenges does Galligan face? “We’re no longer the disease of the month. People think there’s a cure, so they’ve moved on. People think because of the [drug] cocktails that things are okay. But they’re not,” he says. “We don’t sell tickets like we used to. It’s harder to raise money. Also the younger generation, and I’m not part of that, is not particularly interested in the music that we do. It’s a strange place to find myself. I don’t want to pander to contemporary music, but at the same time it’s there and it is part of the heritage. It’s a challenge to get the younger ticket-buyer to sit up and pay attention to our past—their past—musically.”

When he produced the first S.T.A.G.E. benefit, did he think he’d still be doing it 30 years later? “No. The disease didn’t even have a name. It was a disease that was just attacking gay men,” he says. Since Galligan is still motivated to do the shows, are there any artists he’d like to have participate who haven’t yet?  “I’ve always wanted Debbie Reynolds to do the show. Barbra Streisand, but that’s hard work. I’ll settle for her son [Jason Gould] who is part of this year’s show.”

In spite of the challenges, Galligan is keenly aware that creating this show changed his life. “It opened up a whole life for me. I had a career change in my 40s,” he says. “I owe a great deal to this benefit. I feel strongly about APLA, I always have. I’m not able to go out there in the field and raise money. This is my way of giving back. It’s a simple as that. To find a solution to this AIDS problem, it’s an honor.”