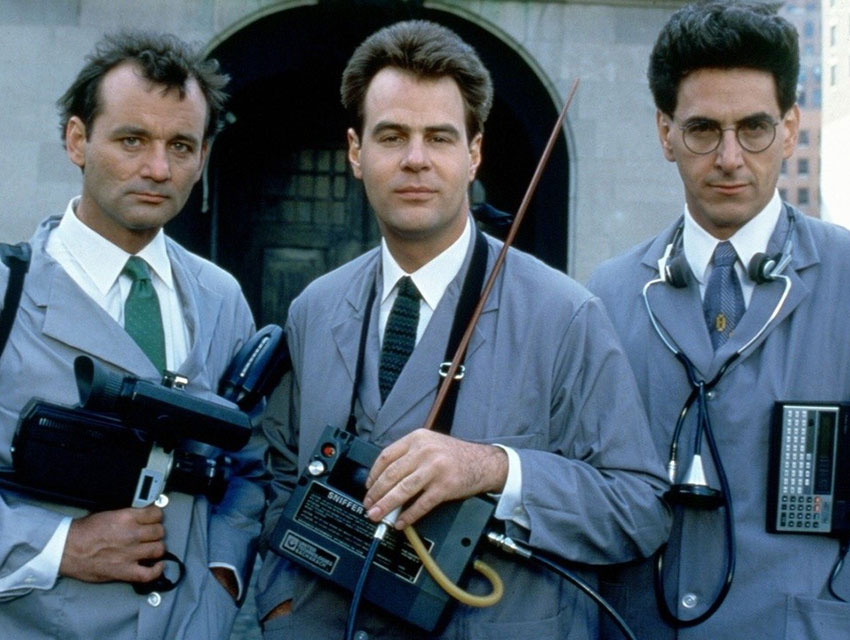 WHAT: It’s been a huge week in throwback movie news. On Monday, David Lynch revealed that a new Twin Peaks series is in the works at Showtime; look for it in 2016. Today, Paul Feig (who gave us his tips for how gents should dress on the red carpet) announced that the stars of the long-awaited third Ghostbusters movie will be women. To quote Feig: “It’s official. I’m making a new Ghostbusters & writing it with @katiedippold & yes, it will star hilarious women. That’s who I’m gonna call.” Dippold, an improviser who came up at UCB, was a writer on MADtv, Parks and Recreation, and the Sandra Bullock/Melissa McCarthy buddy flick The Heat, which Feig directed.

THE VERDICT: Well played! Fans have been waiting since 1989 for another Ghostbusters movie. Speculation on whether it would ever happen and, if it did, who would be in it has been high. And most of it centered on a reunion of the original cast: Dan Aykroyd, Bill Murray and Harold Ramis. Ramis died in February and Murray has reportedly been ambivalent about returning to the franchise. If that’s the situation, it makes sense for Sony to wipe the slate clean. The only question is which actresses will get to don the proton packs. There’s only one downside: the sexy female Ghostbusters jumpsuits that will inevitably be marketed to little girls.

SIDENOTE: Both Feig and Lynch made their announcements via Twitter. We don’t expect to see PR flacks waiting in breadlines, but the use of the social networking service as promo platform is a sign of the times. If you’re big enough or famous enough, you no longer need to funnel your scoops to whichever entertainment industry trade magazine or reporter happens to be in your good graces at that moment. Instead, you can be your own hype machine.

BONUS: The strip-mining of the 1980s continues. The 1989 John Candy film Uncle Buck is going to be an ABC show. Here’s hoping they cast Zach Galifianakis.

The New Beverly Is Celebrating Female-Directed Films in May (and Hopefully, You Know, Forever)