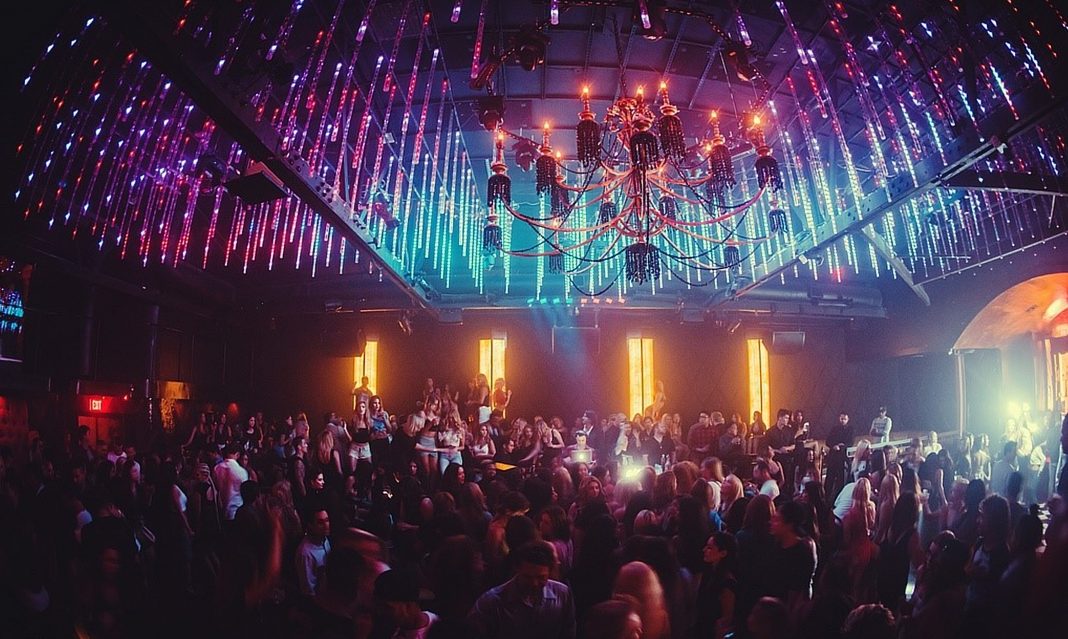 Hidden within a lavish Hollywood nightclub, the entrance to the exclusive MORE Hollywood is opened only for members. Inside MORE, guests are treated to plush surroundings and intimate performances, like the Migos and Cardi B sets at the club’s opening party last week. But getting on this VIP list will take more than just having an influential Instagram account. To qualify, you’ll have to invest in a minimum of 5,000 MORE Coins, a cryptocurrency created exclusively for the club.

The Hollywood club, housed inside of the Argyle, is the second MORE club. The first opened at the Bellagio in Las Vegas earlier this year. MORE was founded by Las Vegas nightlife impresario Peter Klamka, who first made headlines for dabbling in cryptocurrency when he allowed patrons at his “gentlemen’s club” the Legend Room to tip dancers in Bitcoin or a house crypto-coin called LGD (and if you’re wondering how that works, it involves the dancers wearing custom QR code temporary tattoos that patrons scan using mobile phones).

While MORE doesn’t involve anything as overt as scanning human bodies, it does continue the experiment of moving crypto out of the domain of strictly online transactions and into the brick-and-mortar economy. MORE has even been known to refer, wryly, to concerts at the Vegas club as “use case meetings” on social media.

Klamka and his partners “saw a market opportunity with the growing base of cryptocurrency owners with very few real world places to spend any kind of cryptocurrency,” he says. “The nightclub is the first use of a digital token as a representation of fractional ownership in a previously illiquid asset.”

Prospective members can set up an account on the Bittrex exchange and purchase at least 5,000 MORE Coin tokens. According the rates posted on Coin Market Cap as of this writing, that would run about $861.51 in U.S. Dollars. Once one is in virtual possession of the tokens, the next step is introducing yourself as a MORE Coin holder via a special email address, having your ownership verified, and then letting the nightclub manager know when you would like to come in.

Once you’re a member, you can visit MORE Hollywood as often as you like, use MORE’s members-only concierge service and fleet of exotic cars, and gain entry to the Las Vegas property and any future MORE clubs. The club’s bottle lists are priced in dollars and you can pay using a good old-fashioned credit card if you want–but if you opt to pay your tab in MORE coins, you may get a discount off that $2,500 bottle of Champagne. The club promises that surprise concerts and events will take place regularly and that rappers and celebs will be invited to pay visits to the space. And, of course, there are the networking opportunities.

“Members also get the opportunity to meet other crypto-inclined individuals from around the world at our locations,” Klamka mentions. “MORE Hollywood is becoming a hub for all things crypto.”

Klamka worked with Tru Entertainment Group, owners of the Argyle, to bring the MORE concept to life in L.A. The design is intended to evoke a swanky cocktail den in Jazz Age-era Paris or London, albeit through the filter of a crowded Hollywood dance club.

“MORE Hollywood partnered with the Argyle Hollywood because it is the only hybrid between an exclusive VIP lounge feel and Vegas-style nightclub with intelligent lighting and sound system,” Klamka says. “It is a perfect spot for guests to enjoy world-renowned talent, or simply come and hang out in the heart of Hollywood.”

MORE Hollywood at the Argyle Hollywood is located at 1600 Argyle Ave., Hollywood, and open to members from 10 p.m. to 2 a.m. Friday through Sunday.