Home Film Criterion’s Streaming Service Is the Best Thing to Happen to Cinephiles in... 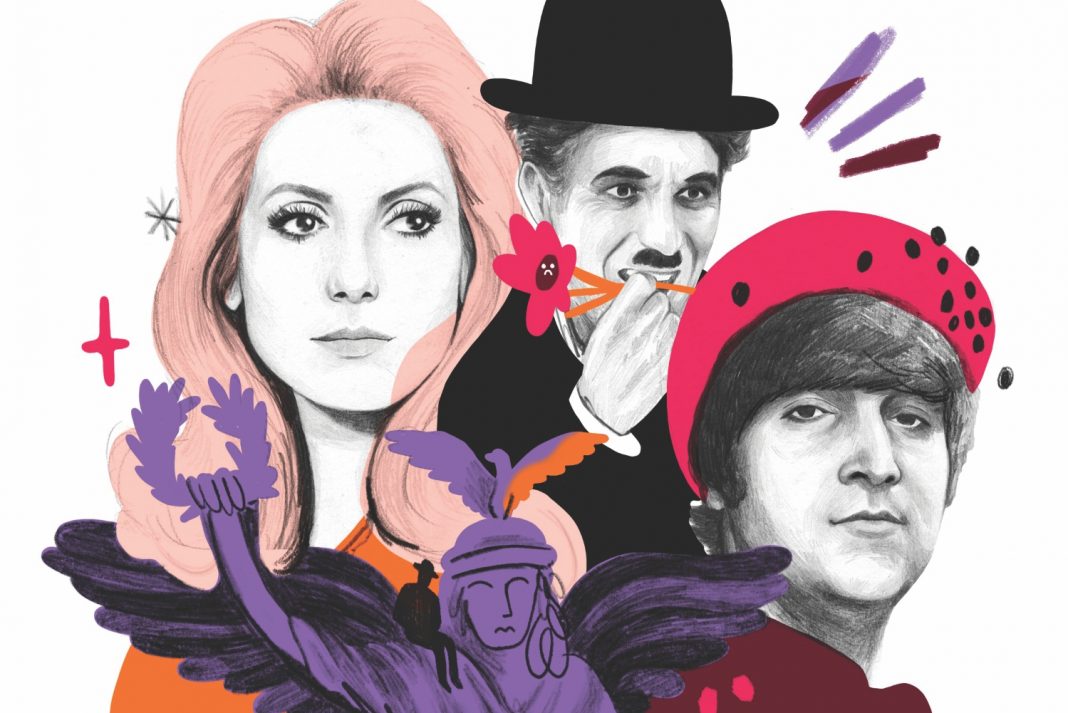 One night a couple of months back, I went with my son to see the 1967 Russian film adaptation of Tolstoy’s War and Peace in Hollywood. The screening began at 2 in the afternoon. It let out at a quarter to 11, and, no, I didn’t sit through three screenings. This was one showing of one film, with my son lost to Uber sometime in the first half. With strange rhythms and a style wavering between the conventional and psychedelic, War and Peace is an astonishing picture. The fifth hour, or maybe I mean the sixth, is the single most extraordinary battle sequence ever committed to film, with sweeping bird’s-eye shots and a cast of thousands, or maybe I mean tens of thousands, that convey as well as anything I’ve seen the sheer confusion of a war where no one knows at any given moment who’s winning.

War and Peace screened at the Egyptian Theatre, one of those grand movie palaces that opened (with Douglas Fairbanks’s Robin Hood) on Hollywood Boulevard in the early 1920s. Its grandiosity aside, however, the night reminded me of moviegoing in the L.A. of the ’70s, when budding cinephiles vanished into a Bermuda Triangle of the Vagabond Theatre near MacArthur Park, the Westside’s Nuart, and out beachward—before you were swallowed up by the sort of ocean fog the Doors sang about—the Fox Venice.

These were revival houses where, after waiting patiently for years, you finally might get to see a crappy print of some semi-lost masterpiece like Cocteau’s Beauty and the Beast or Chaplin’s City Lights. Most of these theaters are a thing of the past—in part because, when it comes to movies, the future is a thing of the present. But you can see Beauty and the Beast or City Lights any night you want on the new Criterion Channel. Just launched by the most very supreme DVD/Blu-ray Criterion Collection—the channel is the most very supreme streaming service in the short history of streaming services and the most revolutionary thing to happen to film watching since the legendary lost Z Channel of the ’80s.

Anyone whose memory of cinematic L.A. lore goes as far back as the Fox Venice, with its stoned hippie audiences draped across the aisles, will also remember the Z Channel, the local TV station that day and night broadcast uncut and uninterrupted widescreen editions of immortal classics, underground cult flicks, and bargain-basement tours de force. If Criterion doesn’t quite have the transgressive glamour of the Z Channel, it’s an exponential upgrade nonetheless: You can watch not only whatever the channel is showcasing at a given moment but anything else in a library that will continue to grow over time.

Browsing the channel a few weeks after it launched, over the course of an hour I was astonished to find at my fingertips world-cinema landmarks Seven Samurai from Japan, Jules and Jim from France, and Wings of Desire from Germany; the musical raptures of Swing Time, The Umbrellas of Cherbourg, and A Hard Day’s Night; the noir blasts of The Big Heat, The Third Man, and In a Lonely Place; the Hong Kong delirium of Wong Kar-wai’s In the Mood for Love, the Himalayan fever dream of Michael Powell’s Black Narcissus, and the secret L.A. of David Lynch’s Mulholland Drive; Buñuel’s subversive Belle de Jour, Bergman’s elegiac Wild Strawberries, and Fellini’s lyrical Amarcord; Jim Jarmusch’s Blade Runner of westerns, Dead Man, Tarkovsky’s journey to the room at the end of the world, Stalker, and Carl Dreyer’s Passion of Joan of Arc, the greatest movie nobody thought existed until it was rediscovered a few decades ago in the closet of an Oslo mental institution.

This month Criterion adds, among others, features by director Ida Lupino (The Hitch-Hiker), a feminist pioneer before most people knew what that meant, and a swathe of Pedro Almodóvar including All About My Mother, Women on the Verge of a Nervous Breakdown, and the 2002 masterpiece, Talk to Her. OK, I’ll stop. A majority of these pictures, I’ll only add, routinely show up on greatest-of-all-time polls, and these aren’t the scratchy prints that the Fox Venice or Z Channel considered themselves lucky to get but high-definition restorations. None of these films has looked so pristine since the first time anyone laid eyes on them.

Not one to look a gift horse in the mouth when I can stare all the way down its throat till I see the tail, I can’t help wondering if this egalitarian accessibility detracts from what makes something special when you’ve had to search years to find it. With Criterion and Netflix and Hulu and Sundance and Amazon Prime and now Disney+ (coming this fall), we’re quickly approaching an instant when a futurist cineplex in the cloud will make available to anyone anytime virtually any film of any note, or even no note at all. The late celebrated rock and roll critic Lester Bangs used to dream of having at his disposal vast underground catacombs stocked with every album ever made—which I always found a peculiar fixation for someone as passionate and obstreperous in his tastes as Bangs. Why did it matter to him to have the James Taylor records he reviled sitting on the same shelves as the Iggy Pop records he revered? How was it that his obsessive aesthetic judgments and a fixation on completeness for its own sake didn’t cancel each other out? In his story The Library of Babel, the Argentine surrealist Jorge Luis Borges imagined the entire cosmos as an infinite library where the meaning of any one thing became lost in the mania for everything—where there was no need for anyone to write his or her own book (or to make his or her own movie) because a future when every book and movie already existed was already bound to comprise whatever book or movie might be imagined.

In other words: An exhaustion of possibilities has the potential to become neither liberating nor revelatory but enervating and oppressive. And true and interesting as all this may be, it’s also elitist if you’re a democrat who believes art should be for the many rather than the few. If nothing else, I promise that, wherever he is, Dreyer would rather have Passion of Joan of Arc playing on your TV rather than sitting in a closet in Oslo, and that also goes for Sergei Bondarchuk, who never intended for his War and Peace to be some grail that a generation of filmgoers had to wait decades to see in an exclusive run at the Egyptian. Wherever he is with Dreyer—perhaps throwing back celestial vodka shots—Bondarchuk recently got some good news: By the time you read this, his epic will be available on Blu-ray from the Criterion Collection and soon streaming on the Criterion Channel. And I promise that even on your TV—or for that matter your iPhone, though I don’t recommend it—that battle scene in the fifth hour (or is it the sixth?) will still blow you away.

RELATED: 50 Years After Midnight Cowboy, Gay Cinema Is Still a Work in Progress