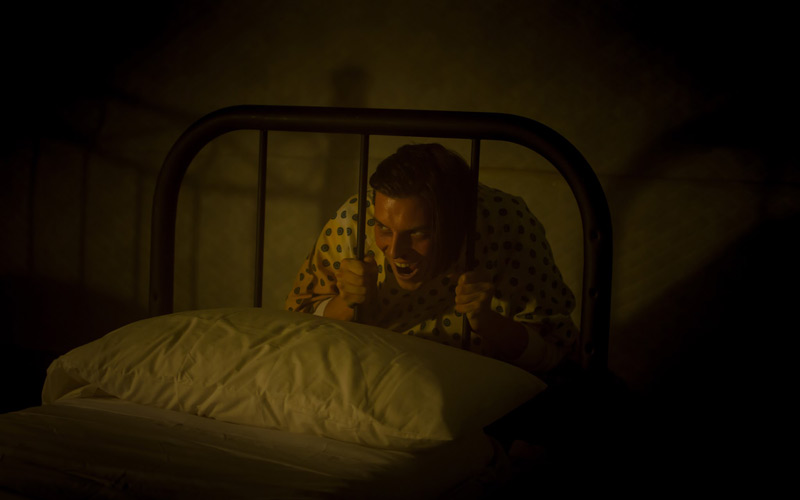 Now in its third year of presenting haunted events, Creep LA is back with a new walkthrough experience based on the premise that horror stories are often rooted in truth. Creep LA: LORE brings to life the upcoming Amazon Prime series LORE. The six-episode anthology, which premieres October 13, is based on Aaron Mahnke’s popular scary-story podcast. It explores the historical facts behind dark tales about mythical creatures such as vampires, werewolves, and changelings.

What should you expect from Creep LA’s latest immersive horror production? “To truly feel part of the story instead of merely watching it, pleasantly be pulled out of your comfort zone, and peek into the darkness that’s inside all of us, leaving you thinking long after the experience,” says J.T. Swierczek, producer at JFI Productions, the team behind Creep LA. Guests will be guided through LORE’s haunting environments in groups of eight. A press release warns, “At Creep LA: Lore, everyone is part of the experience whether they intend to be or not.“

Creep LA: Lore opens October 5 at Magic Box LA (1933 S. Broadway Blvd) and runs on select dates through Nov. 12, 2017. Tickets start at $65 and are expected to sell out. This production is for adults only.

RELATED: A Spooky Old Hollywood Filming Location Is Opening Up for Its First Halloween Haunt