Home TV All Good Things Must End, Including Crazy Ex-Girlfriend 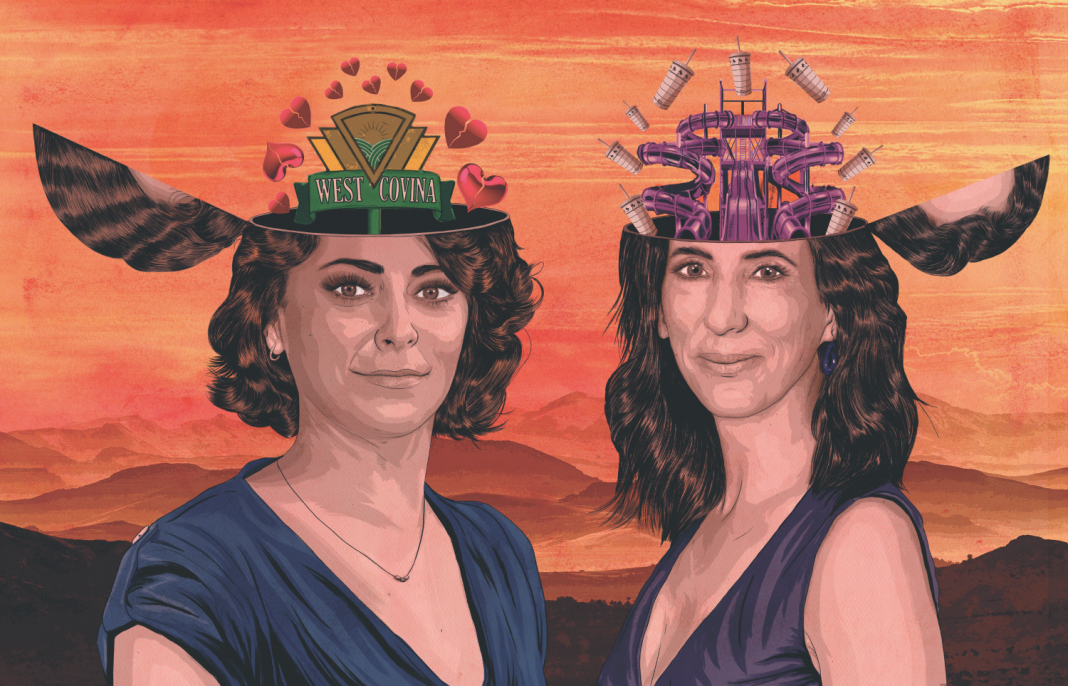 Not many shows on TV are as unapologetically L.A. as the CW’s Crazy Ex-Girlfriend. This month the groundbreaking musical series marks its fourth and final season (premiering October 12). Before it heads off into the sunset, creators Rachel Bloom and Aline Brosh McKenna look back on what made it sing.

On setting the series deep in the L.A. Burbs

ABM: “We wanted to do a love letter to the suburbs. The show takes place in the San Gabriel Valley, and the people on the show are, to varying degrees, proud of being from the SGV, which we fondly call the ‘San Gabe Val.’ There are so many L.A. suburbs that people haven’t heard of—we talked about the massive amount of people who live here and don’t see themselves onscreen, whereas most casual movie viewers can easily name all five boroughs of New York City.”

RB: “I grew up here, and I happened to be raised by a mother who didn’t drive, so I spent a lot of time walking. I associate L.A. not with Hollywood or even the beach but, like, with the baking inland sun. We knew we wanted to set the show in Southern California, and West Covina jumped out at us.”

ABM: “We also wanted to show the grit of Southern California. One of the things I love about L.A. is that you can go by a sushi restaurant where they put gold flakes on the food, and ten steps from there is a sex toy store.”

On building a show around the city’s quirks

RB: “We have an episode where everyone’s outside because it’s the first day of the year where it isn’t 100 degrees. We talk about Raging Waters a lot—it’s become lore. When we think of L.A. moments in the show, some that come to me are the song ‘California Christmastime’ and Rebecca having a fight with her mother in an outdoor mall. I was also proud that we did an episode about the Santa Ana winds, which is very California-specific.”

ABM: “We debated a few different California weather phenomena because there are these things that are vaguely cataclysmic that have to be explained to you. Before you move here, you’ve not heard of everyone being blown on by hot wind and people thinking it makes you crazy. So I also love that we capture one that’s so specific.”

RB: “I like to think we’re telling stories that are true but that haven’t been told before. What’s L.A. really like as opposed to the way it’s usually portrayed? I hope that will be the show’s lasting impact—going beyond the obvious or the experiences of the super privileged. We see a lot of glitz because that’s who’s creating art: rich people who live in fancy places.”

RELATED: Rachel Bloom Is Going to Alienate New Yorkers If She Feels Like It