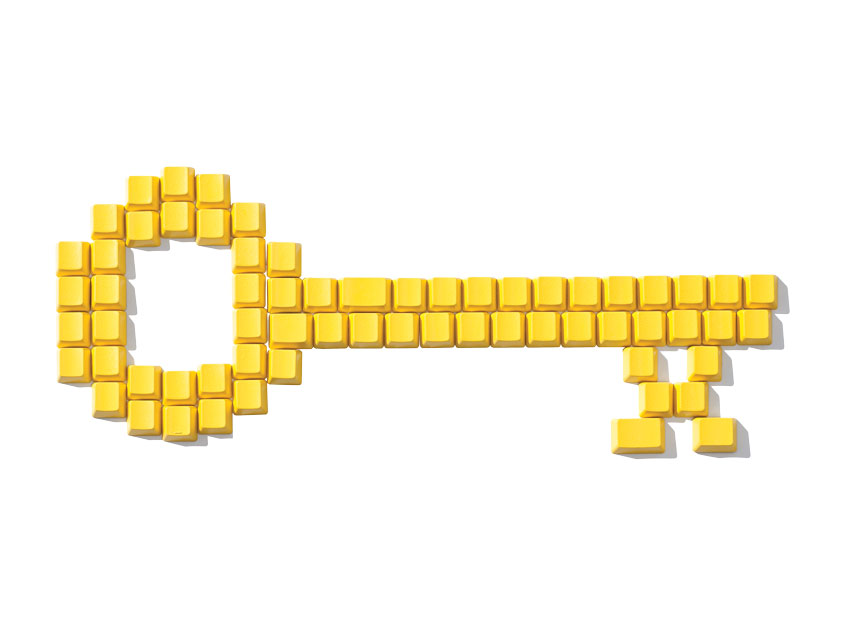 Inside the corner suite of an office building on Riverside Drive, a roomful of young men and women in their late teens and early twenties are drawing cartoons. Well, to put it more accurately (and geekily), they’re creating simple computer animation through 2D Flash software. One digital sketch is of an underwater fight between a giant shark and a Jurassic plesiosaur. A tamer story across the room revolves around a family of cute kitties. Another series of animated bits shows a young devil trekking through hell en route to a rather intimidating job interview with Satan.

The images aren’t Pixar material just yet, but if things go as planned for these first-year students at Exceptional Minds in Sherman Oaks, the rewards will be far greater. The vocational school teaches animation and visual effects skills exclusively to people with autism spectrum disorder. The three-year course of study aims to harness the innate technical abilities and attention to detail that many on the spectrum possess and to prepare them for jobs in film and television.

Two doors down from the newbies are the third-year students, who appear primed for 21st-century moviemaking. Jeremy Pollock, a tall 23-year-old, is experimenting with an advanced program called After Effects to perfect the lighting on his 3-D model of the Mach 5 race car from the computer-generated film Speed Racer. At the computer next to him, a shaggy-haired 25-year-old named David Miles is completing a partly animated music video storyboard for the Smashing Pumpkins song “Tonight, Tonight,” in which two lovers dash through a starry sky to evade a villainous robot. It’s professional-grade work, and technically, some of these students are already professionals. As part of the student-for-hire curriculum, Exceptional Minds provides visual effects assistance on big-budget movies; projects have included Dawn of the Planet of the Apes and American Hustle. The contracted work—performing tedious digital “cleanups” and coordinating the long rolling credits at the end of the movie—is arguably less creative than animating robots and megasharks. But it’s critical work. While many adults on the autism spectrum used to be marginalized in menial occupations, Exceptional Minds steers these young people into well-paid careers they enjoy and that suit their brain wiring.

Most cases of autism spectrum disorder are diagnosed between the ages of 18 months and four years. The Centers for Disease Control estimates that the disorder is evident in about 1 out of every 68 children. School systems offer specialized classes and programs geared to the learning style and social sensitivities of kids on the spectrum. But once those kids are out of school, the available resources diminish. The mix of symptoms and triggers becomes more complex as people on the spectrum grow older, making it difficult to design educational or rehabilitation programs for them. “It gets harder to figure out their talents,” says Larry Yin, medical director of the Boone Fetter Clinic, a diagnostic, clinical, and research center for autism, neurodevelopment, and behavior at Children’s Hospital Los Angeles. “Parents are really good at this because they’ve lived with their kids all these years.”

When her autistic son was in middle school, Yudi Bennett realized the potentially limited future facing him. Like many with autism, he falls somewhere in the middle of the spectrum. His symptoms aren’t so severe that he will require full-time or specialized care, but he isn’t socially equipped to function comfortably in the world without guidance. “It was scary,” Bennett says. “There’s this huge middle group that there really wasn’t much for.”

Bennett, an assistant director who has worked on such films as Kramer vs. Kramer and The Client, struggled to find an extracurricular activity that jibed with her son’s interest in computers. “I found a lot of other families who were in the same position,” she says. “We all had kids in middle school or high school, and we didn’t have a clue what was going to happen to them once they got out of high school.”

In 2009, Bennett—along with a handful of other parents in the film industry who have autistic children—came up with the idea of forming Exceptional Minds, which opened in 2011 as a nonprofit vocational school. Now in its fourth year, the establishment employs nine full-time instructors with experience in film and television. Classes are held Monday through Friday from 10 a.m. to 4 p.m., although many students come early and stay late, according to Bennett, who is the school’s director of operations. (Her son Noah is also a second-year student.)

Other trade schools and courses are available to those interested in pursuing visual effects careers, but what makes Exceptional Minds so promising for autistic adults is the individual attention and class size. Each course has approximately ten students and two instructors. There are private, one-on-one sessions and smaller group lessons for prospective pupils not yet equipped technologically or socially to participate in the formal program. (The school rigorously screens applicants to determine those who have the readiness to function in a group environment.) Bennett estimates that there are 30 candidates on the waiting list for the ten slots available next semester.

Contracted work in film and TV offers students the opportunity to participate in real projects and to be paid for it. The productions aren’t modest; they’re mainstream hits. For the 2014 Oscar-winning American Hustle, pupils were assigned exacting postproduction cleanup duties, which required digitally erasing lettering from the tail of an airplane and removing food from a restaurant plate to avoid a continuity error. After director David O. Russell and his team realized that FBI agents don’t drive around in flashy red cars, the Exceptional Minds crew changed the colors of the 1970s-era Lincolns and Oldsmobiles from crimson to gray, beige, and black.

The students know they’ve succeeded when their efforts go unnoticed—except by them, of course. “I feel impressed just to see actual work on the screen,” says Patrick Brady, 24, a 2014 graduate. “I just think, ‘Wow, that’s my shot.’ ”

Brady is one of the five members of the first graduating class who have been hired at Exceptional Minds’ in-house studio. These newly minted grads can usually be found behind a secured door in a dark room lit by large computer monitors. They work on Hollywood films so top secret, they can be referred to only by code names. Today the team is rotoscoping: digitally isolating elements in a scene that are later dropped over a different background or tweaked to pop out of a 3-D screen. Performed frame by frame, the job is time consuming and painstaking.

Immanuel Morris, a studio supervisor, shows a clip from a recent production (code name “Avocado”), in which an actress opens a cardboard box. The scene is simple, lasting only a few seconds and without a lot of action, but he figures it took the team about three days to isolate the actress. Most challenging was creating an outline of her hair, but the studio team excels at such a granular level.

Exceptional Minds goes beyond day-to-day job training. It pushes students to cultivate social skills, the lack of which can be a barrier for autistic adults in the workplace. A weekly movie night is one popular event. “Since my third year, I’ve been going there every single week,” says Eli Katz, 23, who works in the studio. He especially enjoys “bad movie nights,” when the group pokes fun at clunkers, Mystery Science Theater 3000 style.

Sandra Oshiro calls Exceptional Minds a “godsend.” She moved from Hawaii to enroll her daughter, Lauren Kato, a 27-year-old now in her third year. Oshiro praises the school for providing a constructive outlet for Lauren’s technical skills as well as a community. “She’s coming out of her shell, blossoming, being more social, becoming independent,” says Oshiro. “She’s
made friends. For this group of kids, friendships aren’t always something they can come by naturally.”

Exceptional Minds received its own kind of validation last June, when one of its first graduates, 24-year-old Kevin Titcher, accepted a job at Stargate Studios, a visual effects house in South Pasadena. “I’m looking for talent. I don’t care where it comes from or what kind of wrapper it comes in,” says Stargate CEO Sam Nicholson. He has partnered with the school, offering on-the-job training to students, and was quick to note Titcher’s attention to detail when rotoscoping. “A lot of people find it redundant. But Kevin has an amazing ability to concentrate and not get bored with something,” Nicholson says. “Each frame has to be perfect, and he is a perfectionist.”

“Perfectionist” is a label Titcher is eager to take on. “Of course I’m still learning,” he says matter-of-factly. “It’ll take time, but eventually I’ll be a master.”

7 Things you Need to Know About Comedian Ron Funches