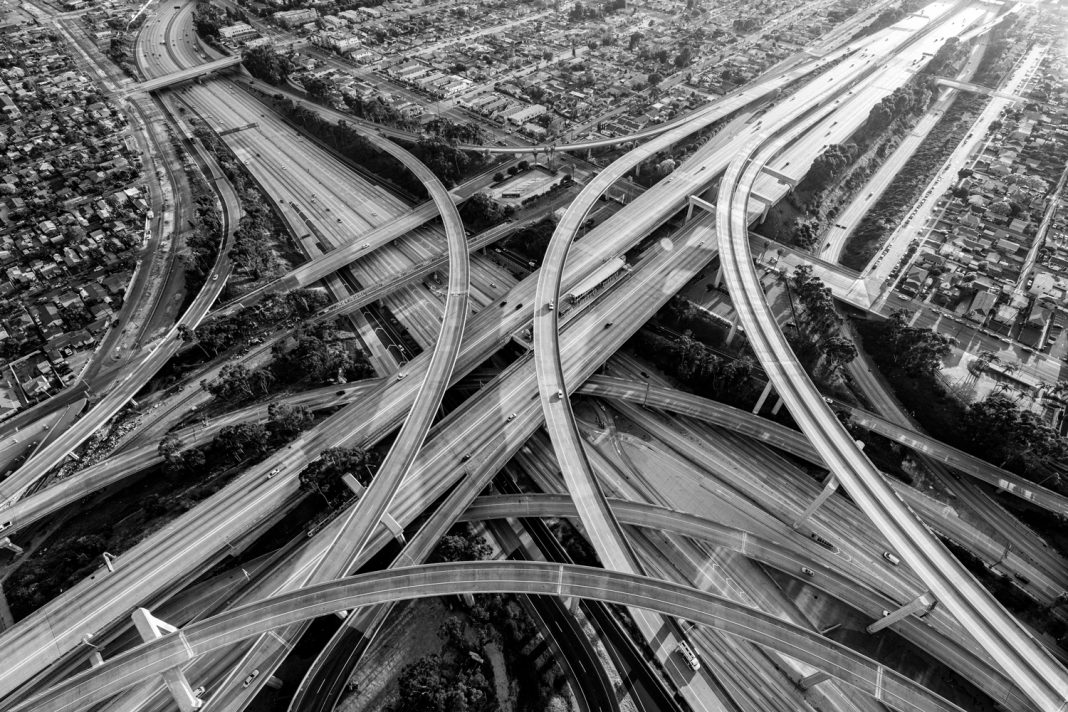 The first time 32-year-old Stuart Palley photographed the aftermath of a disaster was when he was 16 and in Thailand just a few months after the 2004 tsunami washed away 228,000 souls. Having been in and out of hospitals with asthma as a boy, Palley was familiar with trauma, and he found that he had the stomach for it—at first shooting wildfires when he was an intern at the Orange County Register and over time making a living chronicling climate-change-related fires and droughts: big, loud, sudden, colorful, terrible moments that change people’s lives forever. For the past eight years, his photos have appeared in Time, National Geographic, and the Washington Post.

“A friend wrote me recently and said, ‘You do your best work when things are at their worst,’ says Palley on his way to Joshua Tree where he’s fixing up a house. “I don’t know if that’s true, but a lot of my work revolves around things that are a suspension of society—whether that’s a fire or drought or, in this case, an effect of a pandemic.”

Palley grew up in Newport Beach, and he calls California “the home of the freeway,” and so it makes sense that just a few days after the lockdown went into effect in March, he chartered a helicopter to fly over the roadways and mall parking lots in Orange County and L.A., his once-frenetic old haunts that were, for the first time, empty and still.

“I was documenting this uncertain point in time,” says Palley. “There was a lot of well-founded fear and a lot of not knowing what was going to happen. This pandemic has changed the world; we’re never going back to what it used to be like. I think a lot of us have been wrestling with this. We are creatures of habit, and it can be challenging.”

The 110 and 105 interchange stack is empty of traffic during rush hour on Friday, April 3, 2020. The lockdown led to a dearth of vehicles in one of the otherwise most-congested metro regions in the world. Whatever cars were on the road belonged to essential workers. “With downtown virtually at a standstill, “ Palley says, “the Harbor Freeway had no southbound traffic. It blew my mind.” 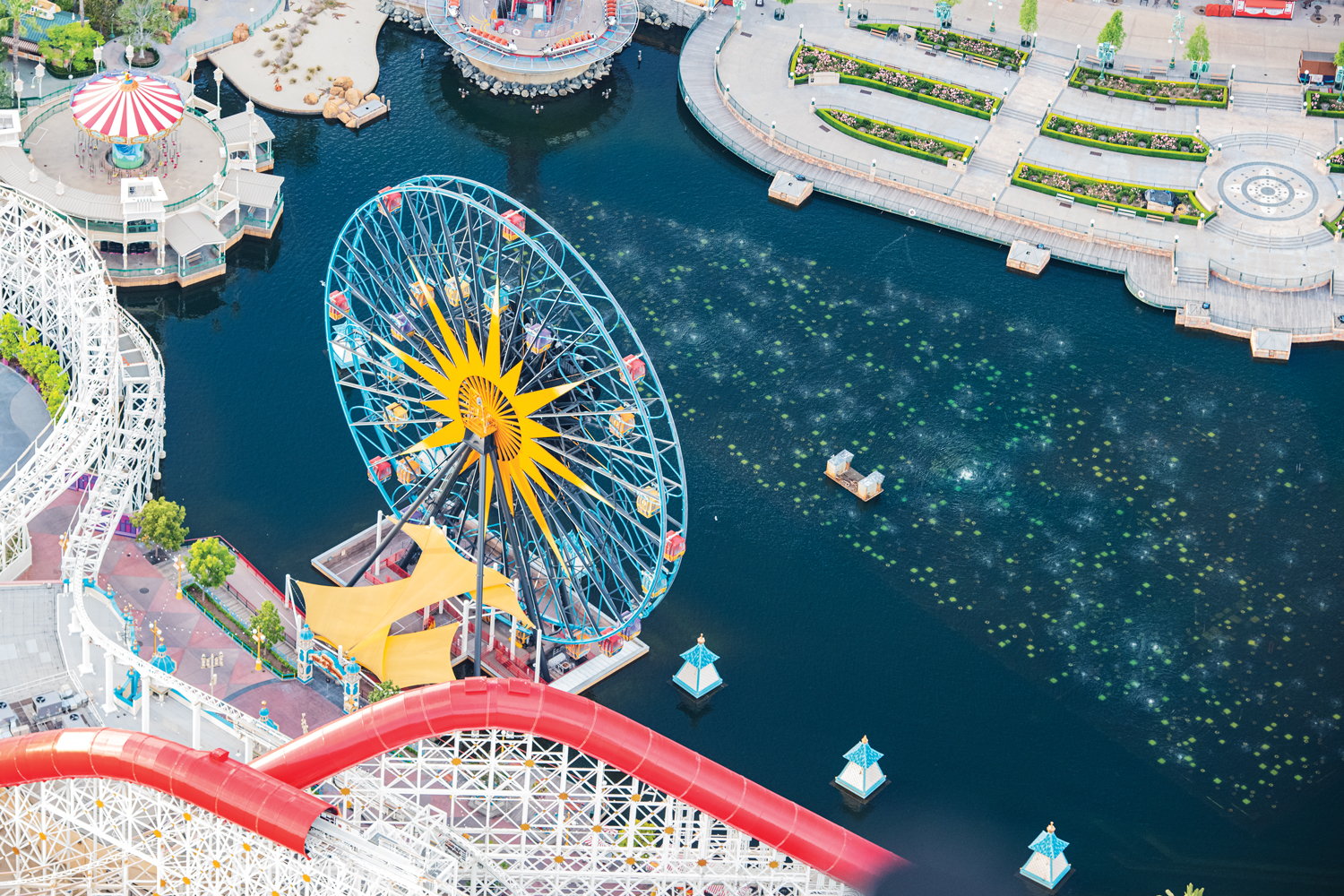 Disneyland and Disney California Adventure Park were shut down on March 14, 2020. The park employed 32,000 people before the pandemic. After the lockdown, 11,500 employees were laid off—almost 40 percent of the staff. Maybe because it was so deserted, Palley was able to get this unusual shot from the sky. “Disneyland has a permanent flight restriction over it—you can’t fly over it. So there were a lot of things that came together that day that will probably never happen again.” 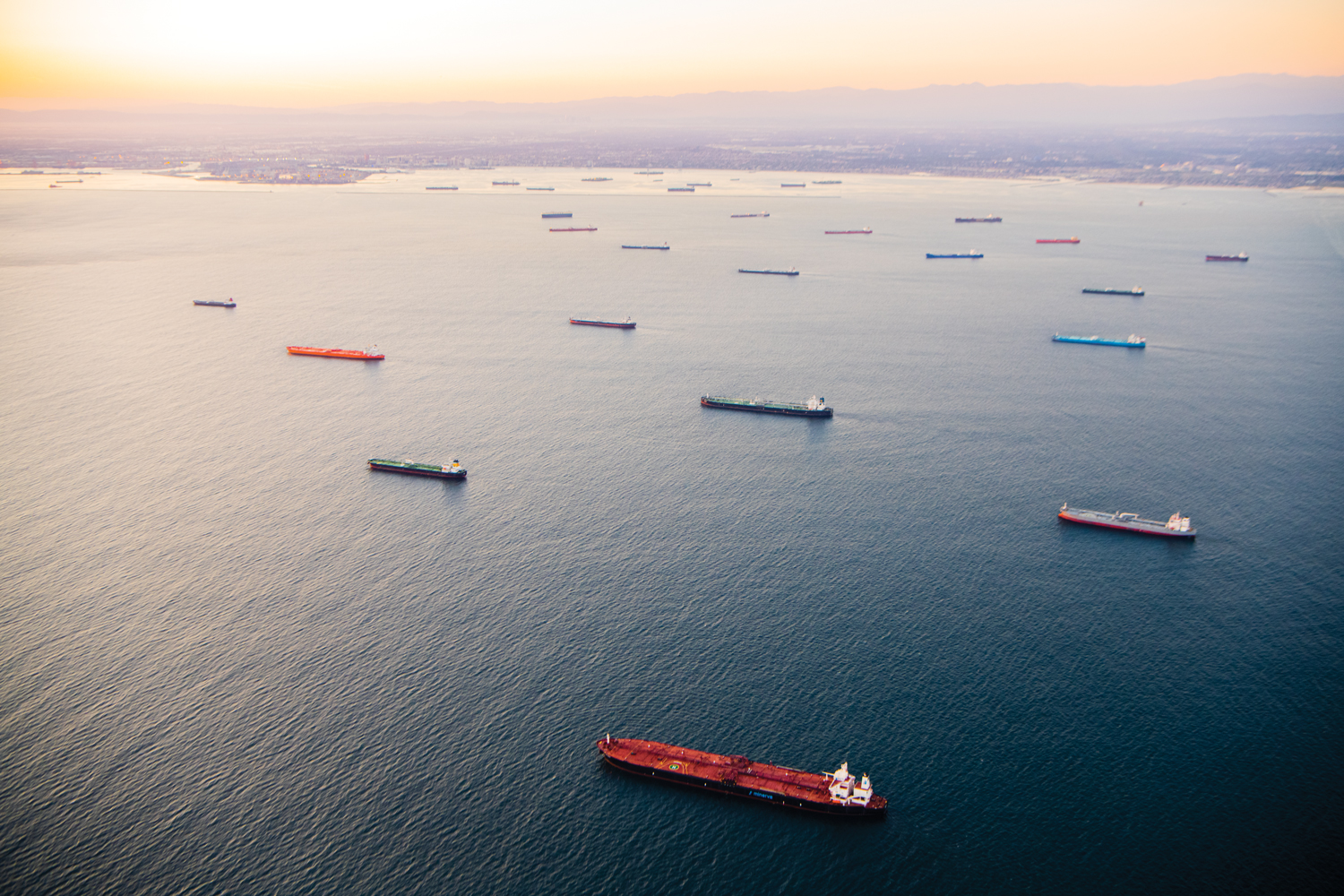 Oil tankers anchored offshore at the Port of Los Angeles on April 24, 2020. Due to widespread stay-at-home orders, crude-oil spot prices collapsed, leading to a glut of supply with no buyers. “At the end of March and April in Cushing, Oklahoma, where oil is sold, demand was so nonexistent that producers and distributors were paying people to take the oil away,” says Palley. The tankers moored offshore in the Port of Los Angeles collectively held millions of barrels of unwanted oil. Now, though, almost a year later, the price of oil is at a new record high. 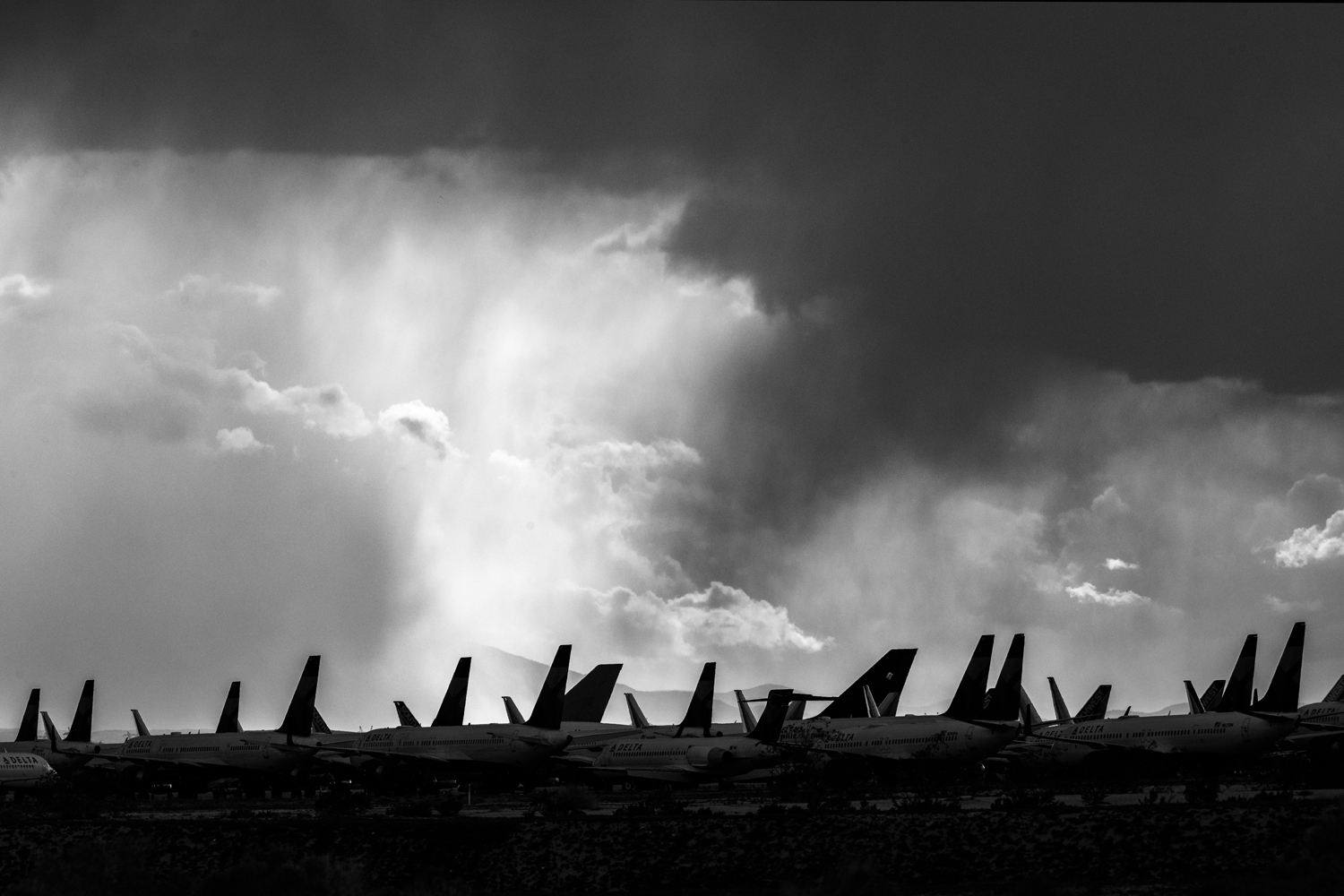 Hundreds of aircraft were hastily stored at Southern California Logistics Airport near Victorville on March 26, 2020. “As the majority of flights from LAX and regional airports were canceled, there was not enough space to store hundreds of planes on runways,” Palley says, “including the old air frames and the previously grounded 737-MAX. 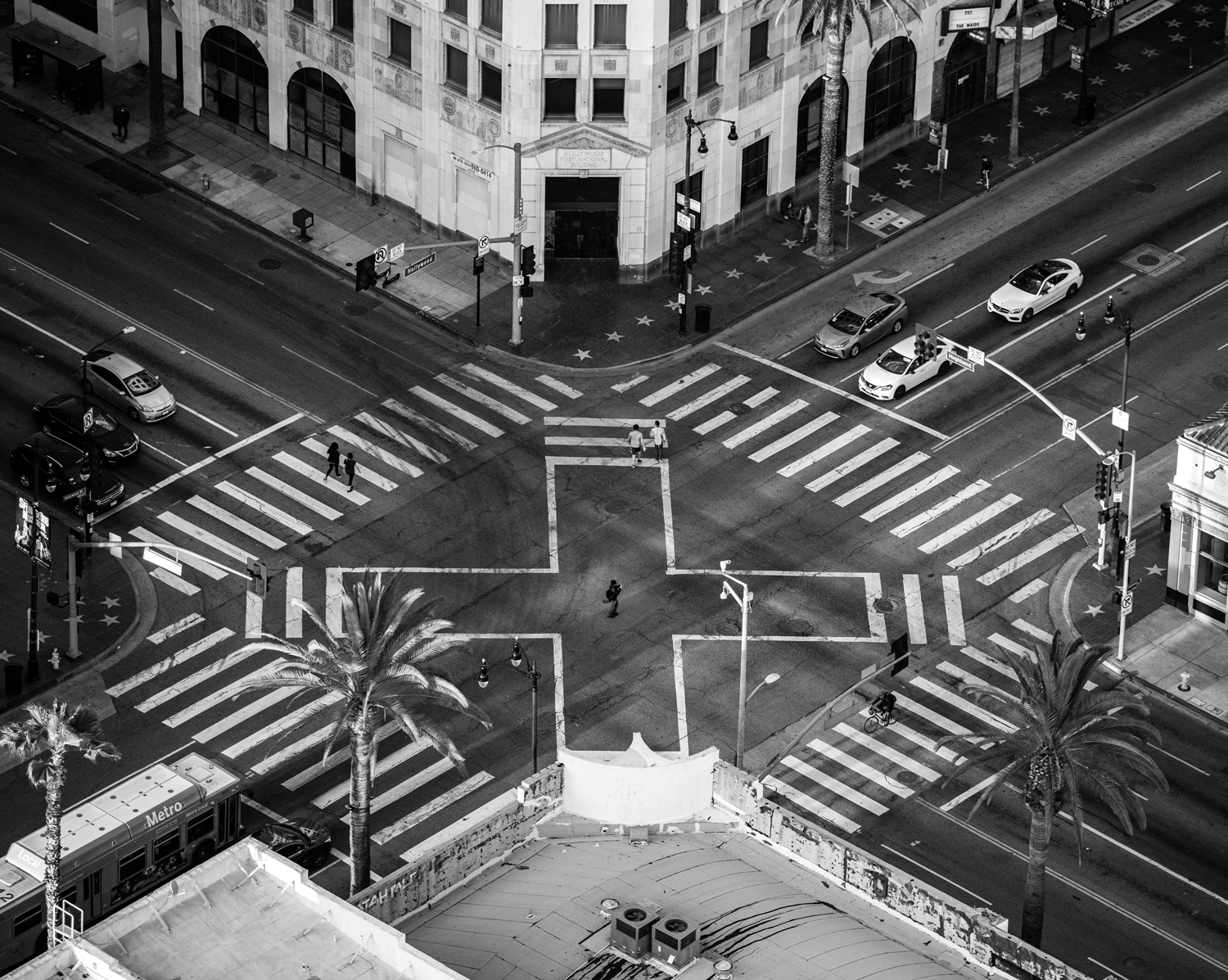 The corner of Hollywood and Highland around 6 p.m. on Friday, April 3, 2020. “An intersection normally packed with cars and pedestrians, it was an eerie sight, likely not seen since the blackouts of World War II or when the 1918 influenza pandemic swept the region,” says Palley. “As I looked west along Sunset and Wilshire, the scene was much the same as the sun set on empty streets and sidewalks, adding an air of unease and uncertainty at the new future we all face.” 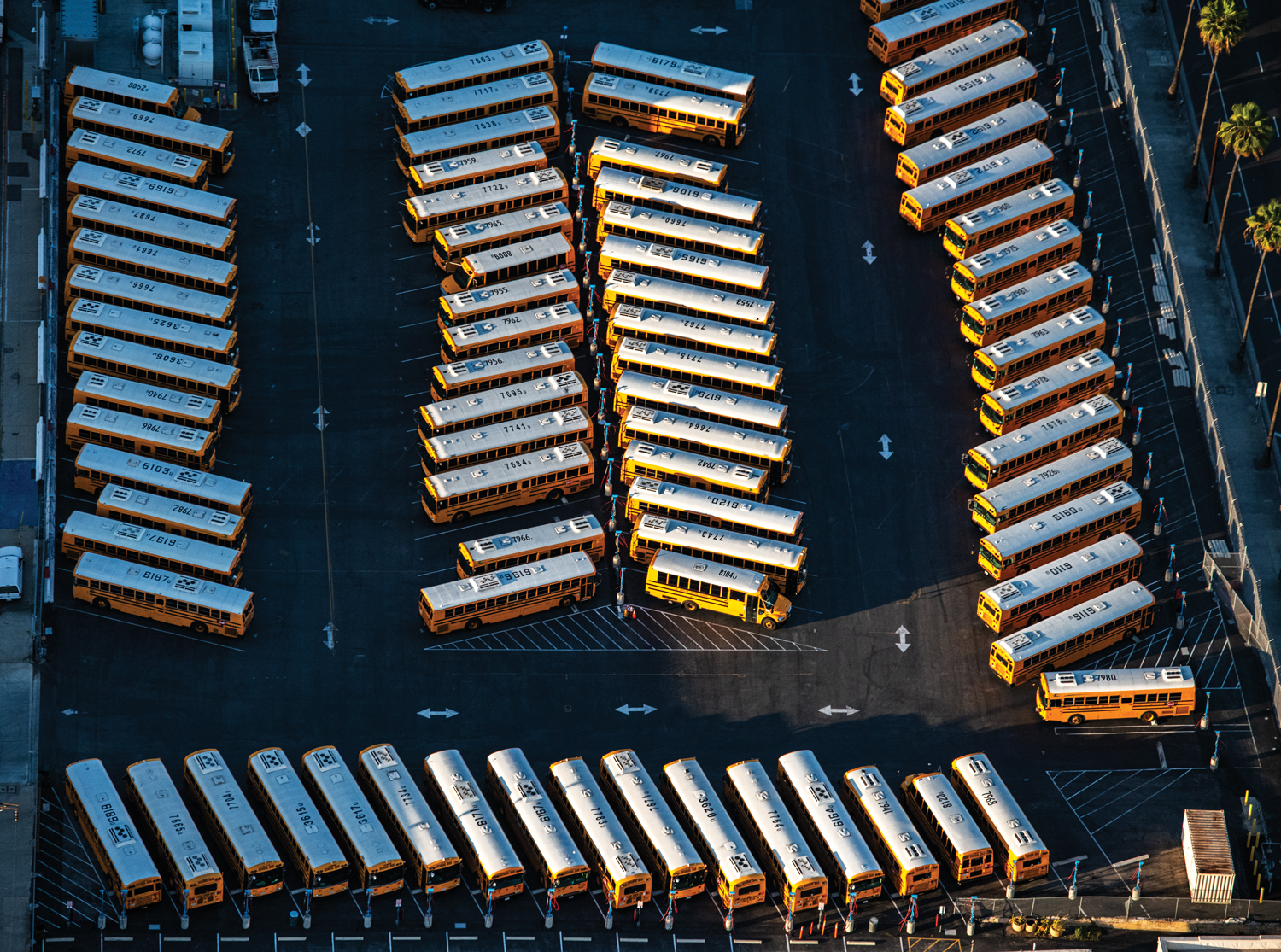 Dozens of school buses in a parking lot southeast of downtown Los Angeles grounded after the COVID pandemic slammed into the Southland. “This image, taken at sunset in early April 2020, was at the height of lockdown when people were terrified of the virus running unchecked through vulnerable populations,” Palley says. There are 24,201 school buses in California, most of which were parked during the lockdown. Across the U.S., school-bus sales decreased by 20 percent last year compared to 2019. 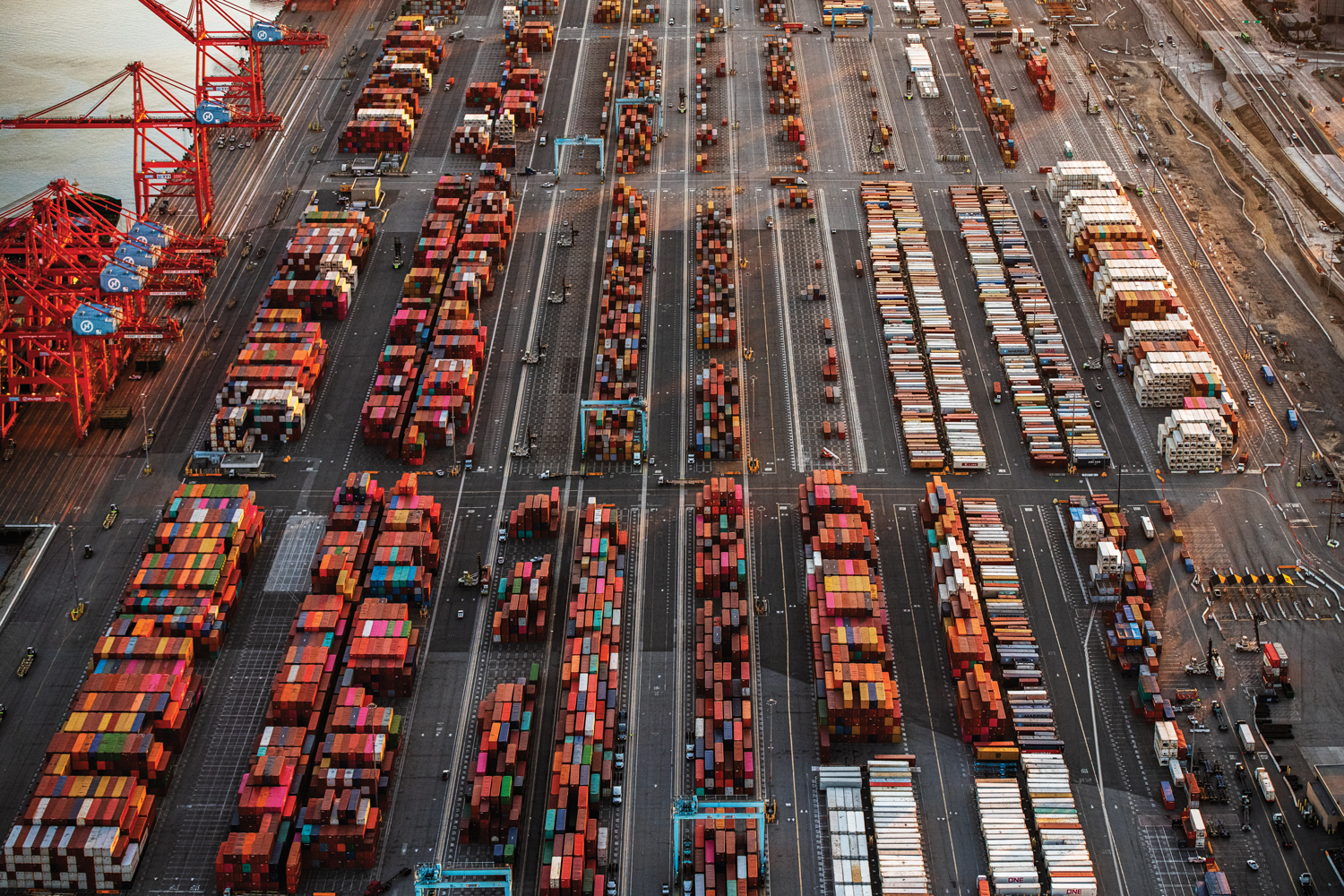 Thousands of shipping containers awaited offloading to semis and rail cars for transport to markets across the United States in late-April 2020. At the same time, COVID infections among port workers and truck drivers, increased demand for goods and raw materials from overseas, and other workplace operational restrictions, led to product shipping delays across the board, from microchips to raw metals to household goods like canned soup, cleaning supplies, and toilet paper. 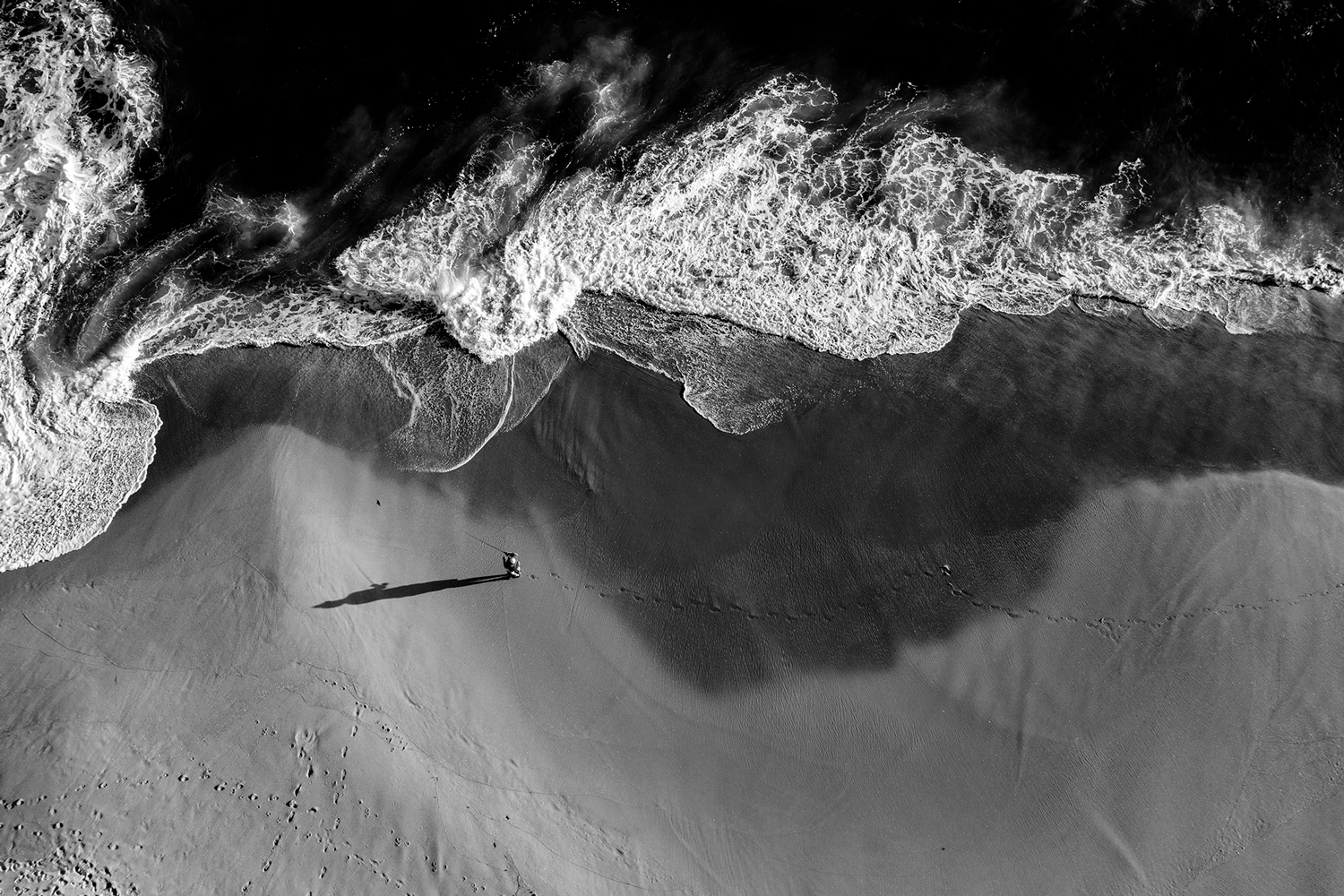 A fisherman walked along the sand on the Balboa peninsula in Newport Beach in late March 2020. The beaches were open at the beginning of the lockdown, but then closed. At that time, demonstrators etched “FUCK NEWSOM” into the sand along the red-leaning city. “Nearby Huntington Beach was the site of anti-lockdown protests,” Palley remembers, “where demonstrators became violent, attacking members of the media.” 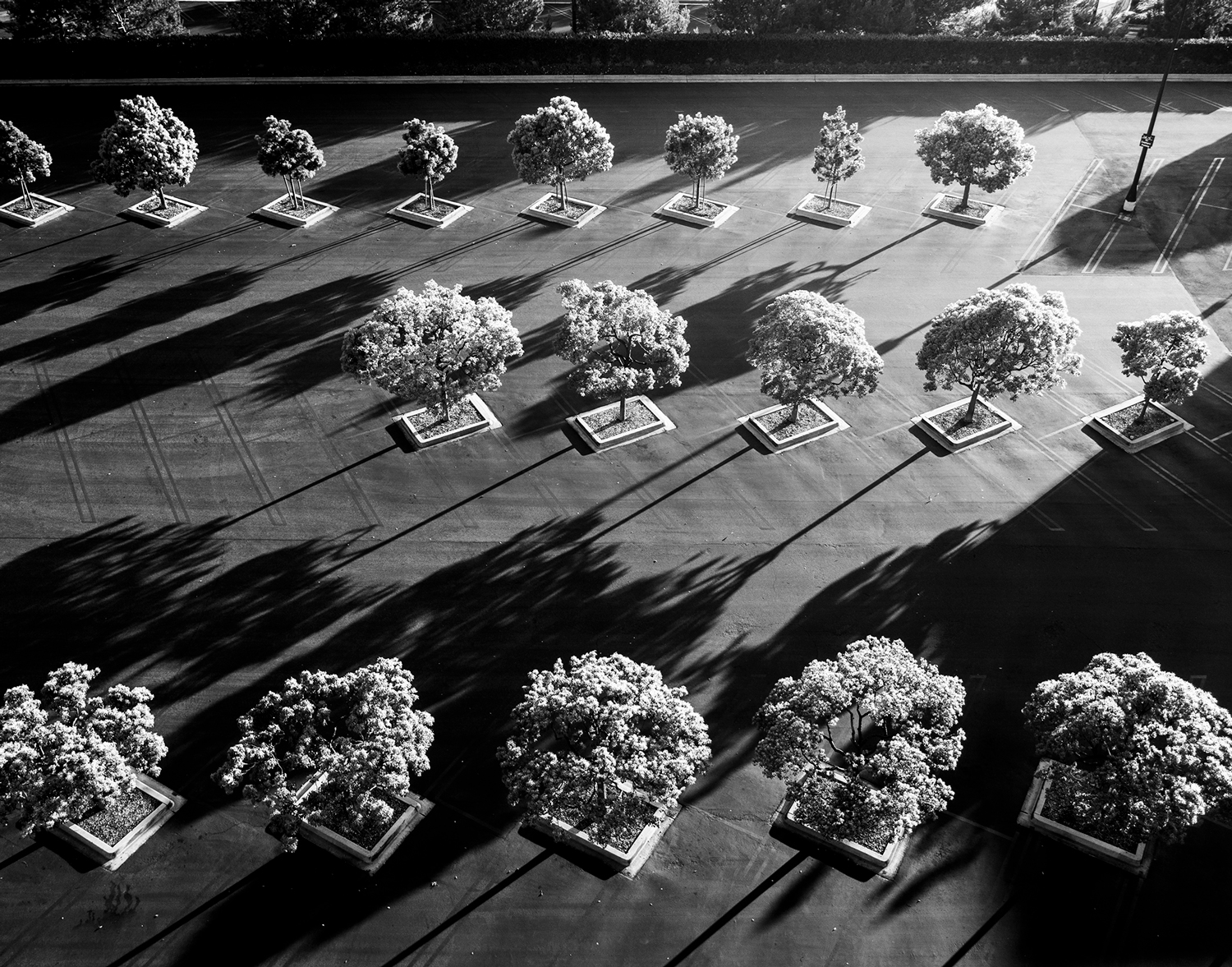 Parking spots at the high-end Fashion Island outdoor mall in Newport Beach in late March 2020 stood completely deserted. “Most retail stores were closed,” Palley says, “with the exception of Whole Foods and restaurants that served takeout. The mall was empty except for security guards and a few families going for walks. Fashion Island normally attracts 16 million people a year, many from China. Following the border closings in late January, tourism from China has dropped precipitously.