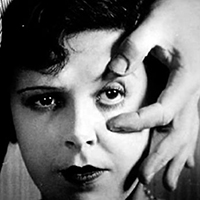 Opening: Angelina Jolie stars Maleficient and Seth MacFarlane releases his crass comedy A Million Ways to Die in the West. Here are some other options.

We Are the Best!
These days everyone and their mother want to call themselves a punk. This movie is about three teen girls who in early ’80s Stockholm had the gall to start a punk band when it really meant something. Directed by Lukas Moodysson, We Are the Best! is a charming, freewheeling portrayal of adolescence and creativity that, due to three spontaneous and genuine lead performances, encapsulates what it’s like to be young, naïve, and obnoxious enough to think that you’re capable of making anything happen. ONE TWO THREE FOUR we recommend this!
When: May 30-June 5, various showtimes
Where: Nuart Theatre, 11272 Santa Monica Blvd., West L.A.

Un Chien Andalou, Land Without Bread, Belle du Jour, Surrealist Ball
Still edgy and subversive, the work of cinema’s prime surrealist Luis Buñuel (1900-1983) is the centerpiece of this unique event. Un Chien Andalou is Buñuel’s 85-year old short film collaboration with Salvador Dali, and it still boggles the mind. Land Without Bread is his sly satire of old social documentaries (not for animal lovers, though). The boundary pushing Belle Du Jour stars Catherine Deneuve as a housewife who part-times as a prostitute to enact her sexual fantasies. Furthermore, there will be a Surrealist Ball, with a pageant of Buñuel character costumes, drinks, appetizers, and archival items from the Buñuel Institute.
When: Saturday, May 31, 7:30 p.m.
Where: Egyptian Theatre, 6712 Hollywood Blvd., Hollywood