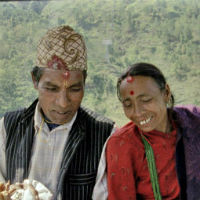 Opening this week: robots and explosions, AGAIN, in Transformers: Age of Extinction. If you need a different kind of adventure, check out these picks.

Sorcerer (1977)
After director William Friedkin had hits with The French Connection and The Exorcist, he used his influence to re-adapt the novel that inspired the 1953 French thriller The Wages of Fear. Retaining the plot about four desperate men driving nitroglycerine-loaded trucks over a treacherous South American mountain road, the resulting film, Sorcerer, is just as pessimistic but more metaphysical than Wages. It was also expensive and a box-office bomb. Yet its reputation persists and, after Friedkin’s lengthy legal battle to regain rights, the film has been newly restored. While not quite a masterpiece, it’s still a monster of a movie. And it’s being shown with 1985’s Runaway Train.
When: June 29-July 1, various showtimes (check New Beverly’s site)
Where: New Beverly Cinema, 7165 Beverly Blvd., Mid-City

Manakamana (2014)
Both an ethnographic study and art film, Manakamana documents people as they ride a gondola lift to a Hindu temple in the mountains of Nepal. The subjects are seen in a series of long, stationary shots each of which lasts the duration of the trip (around ten minutes), making this a “slow cinema” experience. While it may sound like a patience-tester, the meditative Manakamana walks a line between the literal (“mundane” physical transportation in an amazing location) and the metaphoric (spiritual transportation through life). Recommended for adventurous filmgoers and people-watchers.
When: opens Friday, June 27, various showtimes (check the Laemmle Theaters site)
Where: Music Hall 3, 9036 Wilshire Blvd., Beverly Hills