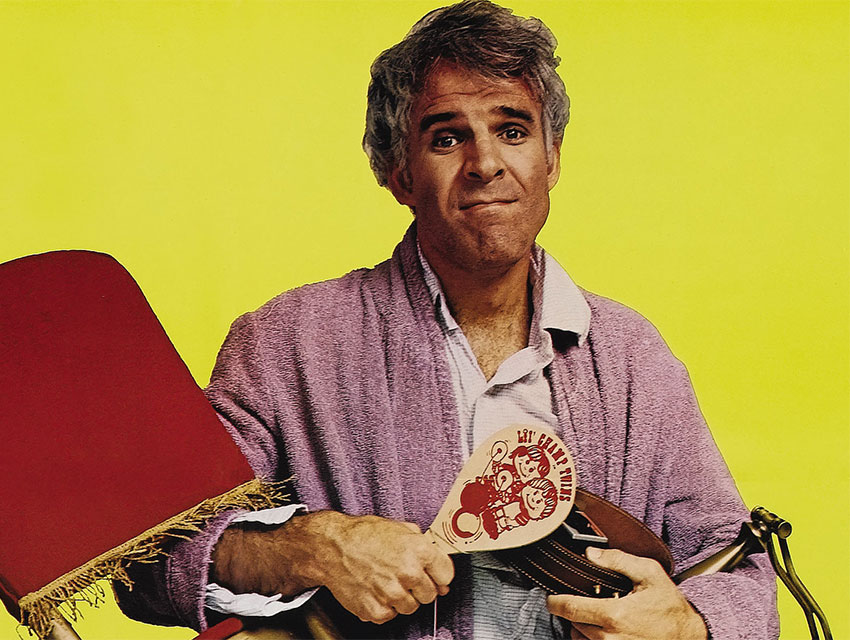 Opening This Week: No Good Deed (a home invasion thriller) and Dolphin Tale 2 (a family film about—you guessed it—dolphins). How about these picks?

The Jerk
From 1979 to 1983 comedy legend and director Carl Reiner collaborated with Steve Martin to make three movies that seem designed for juveniles as well as those who never stopped being juvenile (that’s a compliment). The first and best of the three, The Jerk, is an absurdist rags-to-riches story that exemplifies Martin’s once super-popular “Wild and Crazy Guy” persona. (Interesting side note: it was also one of Stanley Kubrick’s favorite films.) A touchstone for Gen Xers, it will be shown alongside The Man With Two Brains to kick off a series that pays tribute to Reiner’s career.
Where: Saturday, Sept 13, 7:30 p.m.
Where: Aero Theatre, 1328 Montana Ave., Santa Monica

Caught/The Locket
Separate from its Exile Noir series, the UCLA Film and Television Archive will show a slew of dark melodramas. Stylishly directed by German director Max Ophuls, Caught stars Barbara Bel Gedes as a woman falls for a handsome pediatrician (James Mason) while she’s trapped in a marriage to a deranged tycoon (Robert Ryan). The Locket stars Laraine Day as a bride-to-be who is revealed through a series of flashbacks and flashbacks-within-flashbacks to be a kleptomaniac and murderess (making the film’s structure comparable to Inception). Baroque and beautiful, these two obscure B-movies are criminally underseen.
When: Monday, Sept 15, 7:30 p.m.
Where: Billy Wilder Theater, Hammer Museum, 10899 Wilshire Blvd., Westwood