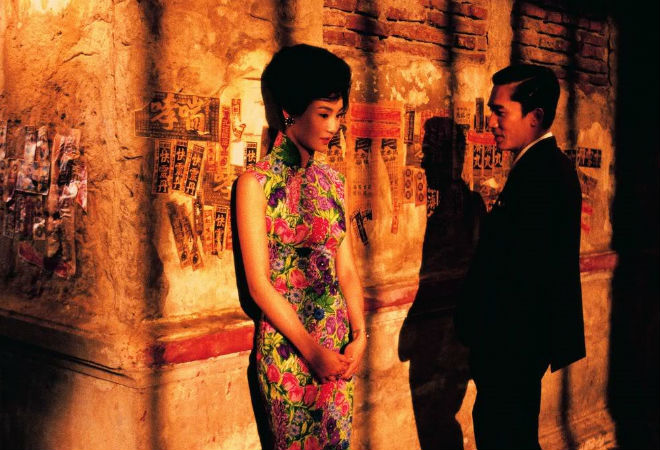 Wong Kar-wai's "In The Mood For Love"

Opening this week: Saving Mr. Banks, American Hustle, and another Hobbit movie. If the multiplex gets too crowded for you, check out these recommendations.

Comrades: Almost A Love Story and In The Mood For Love
Ending their Century of Chinese Cinema series, the UCLA Film and Television Archive will screen two romantic films costarring Maggie Cheung. Comrades, directed by Peter Chan, is a dynamic, transcultural comedy-drama about a socially mobile, unrefined “mainlander,” Xiao Jin (Leon Lai), who comes to Hong Kong in 1986 and falls for Li Qiao (Cheung), another social climber. What follows is a nearly unrequited relationship that spans years and parallels China’s transition during the end of the twentieth century. Perhaps Wong Kar Wai’s most internationally renowned film, In The Mood For Love tells the story of two married neighbors (Tony Leung and Cheung) who come oh so close to initiating an affair in 1962. A visually rich and elegantly staged homage to classic Shanghai cinema, Love is one of the best cinematic portrayals of melancholic yearning that has seemed to influence Mad Men stylistically. Not a bad double feature for a date night.

Going Attractions: The Definitive Story Of The American Drive-In Movie (with Dementia 13)
Although there are nifty places like Mission Tiki in Montclair, the drive-in theater is in danger of being erased from memory. April Wright’s documentary Going Attractions aims to correct that by detailing the drive-in’s origins in the post-WWII era while giving voice to the enthusiasts and operators who make sure people can still see movies in the comfort of their car. The screening includes a Q&A with Wright and accompanies Dementia 13, a B-movie shocker that was the feature debut of a filmmaker who went on to have a pretty decent career: Francis Ford Coppola.