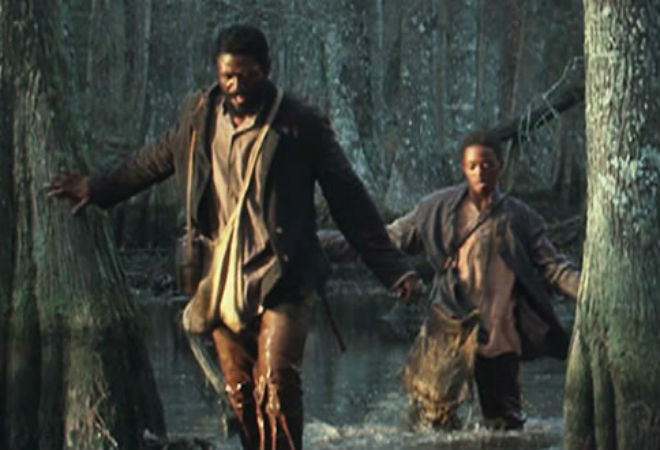 Look out, it’s Godzilla! And he’s with Jon Hamm’s Million Dollar Arm! If you need a movie that isn’t monster-centric or Disney-made, check out these picks.

The Retrieval
Directed by Chris Eska, this elegiac indie films stars Ashton Sanders as Will, a thirteen-year old who is forced by slave hunters to retrieve the fugitive Nate (Tishuan Scott) on the outskirts of the Civil War. What follows is a meticulous yet pared-down historical odyssey that holds your attention. This is largely due to two remarkable performances from newcomers Sanders and Scott, both of whom imbue their roles with subtlety and moral complexity. The Retrieval makes for a good companion piece with Django Unchained or 12 Years a Slave.
When: opens May 16, various showtimes
Where: Laemmle’s Music Hall 3, 9036 Wilshire Blvd, Beverly Hills.

Secret Honor
As a part of a Robert Altman retrospective, the UCLA Film and TV Archive will screen the director’s 1984 production of Secret Honor. In a powerhouse one-man performance, Philip Baker Hall plays a post-Watergate Nixon as he gets drunk and dictate-rants in his private study. A stealthily cinematic imagining of a resentment-fueled meltdown, this filmed play makes you feels like you’re in Nixon’s head. While not for all tastes, it can be as transfixing as a car-wreck. Bonus: Hall, a veteran actor, will be at the screening to discuss the film andshare production stories.
When: May 17, 7:30 p.m. (screens with Precious Blood)
Where: Billy Wilder Theater at the Hammer Museum, 10899 Wilshire Blvd, Westwood.