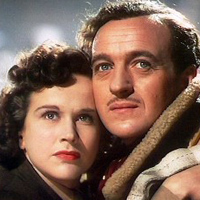 Opening This Week: The TCM Classic Film Festival (featuring Allison Anders)! Throw a stick and you’re bound to hit a great screening or event. Here are a few:

Eraserhead/Freaks
Comedians tend to have dark, twisted sensibilities. Need proof? Look no further than these two midnight screenings, respectively hosted by Patton Oswalt and Dana Gould. Eraserhead, David Lynch’s breakout debut feature, is a cinematic nightmare about the terror of becoming an unwitting father. Tod Browning’s opus, Freaks is about a community of genuine circus sideshow performers who tangle with their “normal,” scheming coworkers. Seeing how these cult films deal with showbiz and parenthood, Gould and Oswalt are bound to provide humorous commentary.
When: Eraserhead screens at 11:59pm on Friday, April 11; Freaks screens at 11:59 on Saturday, April 12
Where: TCL Chinese 6 Theaters, Hollywood and Highland

The Best Years of Our Lives/A Matter of Life and Death
These two films are masterpieces that, with great skill, reflect how the cultures of the Allied nations were filled with hope in the aftermath of WWII. The American film (Lives) is a landmark slice-of-life drama while the British film (Life and Death) is like a fantasy written by a 20th century Shakespeare. Both are entertaining and bittersweet. Both earn their happy endings. Lives will be introduced by Mark Harris, author of the excellent Five Came Back: A Story of Hollywood and the Second World War. Life and Death will be introduced by Thelma Schoonmaker, Scorsese’s film editor and widow of Michael Powell, the director of Life and Death.
When: Both screen on Friday, April 11; The Best Years of Our Lives 8:45 p.m., A Matter of Life and Death 3 p.m.
Where: TCL Chinese 6 Theaters, Hollywood and Highland Center