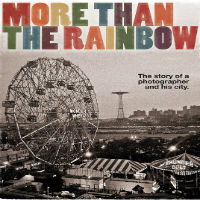 X-Men: Days of Future Past opens this weekend and it looks like it could actually be good, but if you need alternatives, check out these picks.

Matinee/The Masque of the Red Death
Legendary B-movie producer Roger Corman and one of his former protégés, director Joe Dante (Gremlins, Piranha) will be on hand for a double feature at the New Beverly. Matinee starring John Goodman is Dante’s tribute to old school moviegoing set during the Cuban Missile Crisis, while Red Death is the best of Corman’s Poe-inspired, Vince-Price-starring horror films from the 1960s. Add in comedian Dana Gould moderating a Corman/Dante Q&A and a Hero Complex Gallery art tribute show, and you have an event that should be bliss for movie lovers.
When: May 23-24, various times (Corman and Dante will be at the Friday evening show.)
Where: New Beverly Cinema, 7165 Beverly Blvd., Mid-City

More Than the Rainbow
Fast-talking Matt Weber is a scattershot New York City street photographer who’s the center of this discursive, informative and montage-driven documentary. Interviews with other photographers—most of whom are colleagues or critics of Weber’s work—who illuminate their ethos and methodologies complement Weber’s story. What develops is a theoretical and practical portrait of an artform and a view into the complexities of modern-day NYC. Recommended for artists, visual thinkers, and unsettled transplants from New York who need a break from L.A. living.
When: May 23-25, various showtimes
Where: Arena Cinema, 1625 North Las Palmas, Hollywood