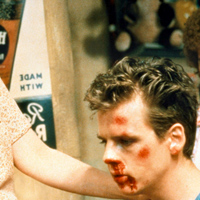 Opening This Week: That Awkward Moment and Labor Day. Both seem okay. So why not check out these recommendations?

12 O’Clock Boys
Pug is an inner city Baltimore teen who’s set on becoming one of the “12 0’Clock Boys,” a gang of daredevil dirt bike riders pursued by the law. This sounds like a fictitious premise, but here it’s the basis of a kinetic and socially conscious documentary. Despite feeling somewhat incomplete, 12 O’ Clock Boys empathizes with Pug’s romantic view of dirt biking while evaluating the sport’s complex effect on an urban environment. Like a biker doing a wheelie, the debut film from Lotfy Nathan balances contrasting forces with skill and panache. (Also available on video-on-demand.)
WHEN: Opens Friday, January 31, various times
WHERE: Laemmle’s Playhouse 7, 674 East Colorado Blvd., Pasadena

Come Back to the Five and Dime, Jimmy Dean, Jimmy Dean
In the 1980s Robert Altman (MASH, Nashville) made a series of stage-to-screen adaptations that differed from his earlier, freewheeling films. The first was this filmed play about a James Dean fan club reuniting decades after Dean’s death only to face uncomfortable personal truths. The material is enhanced by Altman’s approach; the camerawork/editing is dynamic and the film’s single set is figuratively doubled due to clever production design. Also, Sandy Dennis, Cher, and Karen Black give great performances. Long unavailable and recently restored, Come Back is a haunting Altman film that’s a reminder of the scope of his talent.
WHEN: Thursday, January 30, 7:30 p.m.
WHERE: Bing Theater at Los Angeles County Museum of Art, 5905 Wilshire Blvd, Mid-City