Home Film Counter Programming: A Drummer Gets Baptized by Fire and a Stylish Italian... 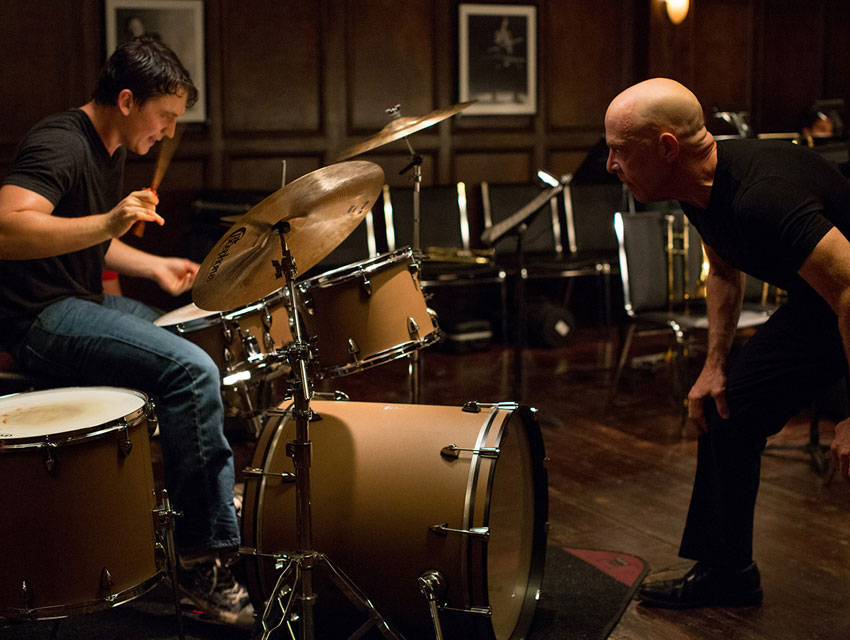 Opening This Week: Dracula Untold (which looks like it should remain that way) and The Judge. Seems like a good time to check out these picks:

The Conformist
Marcello (Jean-Louis Trintignant), a member of 1930s Fascist Italy’s secret police, agrees to assassinate his former teacher in order to become a “regular” member of society. Sounds straightforward, but this film’s non-linear plot, florid production design, and expressive cinematography (worth the price of admission alone) all show that Marcello’s pursuit of normalcy is, like Fascism itself, a twisted contradiction. Based on Alberto Moravia’s novel and directed by Bernardo Bertolucci, The Conformist is a strange and beautiful masterpiece that has been hailed by critics including Steve Erickson.
When: October 10-16, various times
Where: NuArt Theatre, 11272 Santa Monica Blvd., West L.A.

Whiplash
In Whiplash, a young, wide-eyed drummer (Miles Teller) attends a prestigious music conservatory and lucks into joining the school’s premiere jazz band. But he learns that its leader Fletcher (J.K. Simmons) is a profane, merciless, and abusive taskmaster who has it out for him. Damien Chazelle’s sophomore directorial effort makes the act of making music look like it’s something out of Raging Bull or Full Metal Jacket. The exceptional acting, cinematography, editing, and sound design all work like gangbusters, making the movie a visceral, convincing musical drama. Likewise, the final scene is one of this year’s best.
When: opens Friday, October 10, various showtimes
Where: The Landmark (10850 W. Pico Blvd., West L.A.), AMC Century City 15 (10250 Santa Monica Blvd., Century City), Arclight Hollywood (6360 W. Sunset Blvd., Hollywood), various showtimes

Scene It Before: The Palace Theatre from Scandal